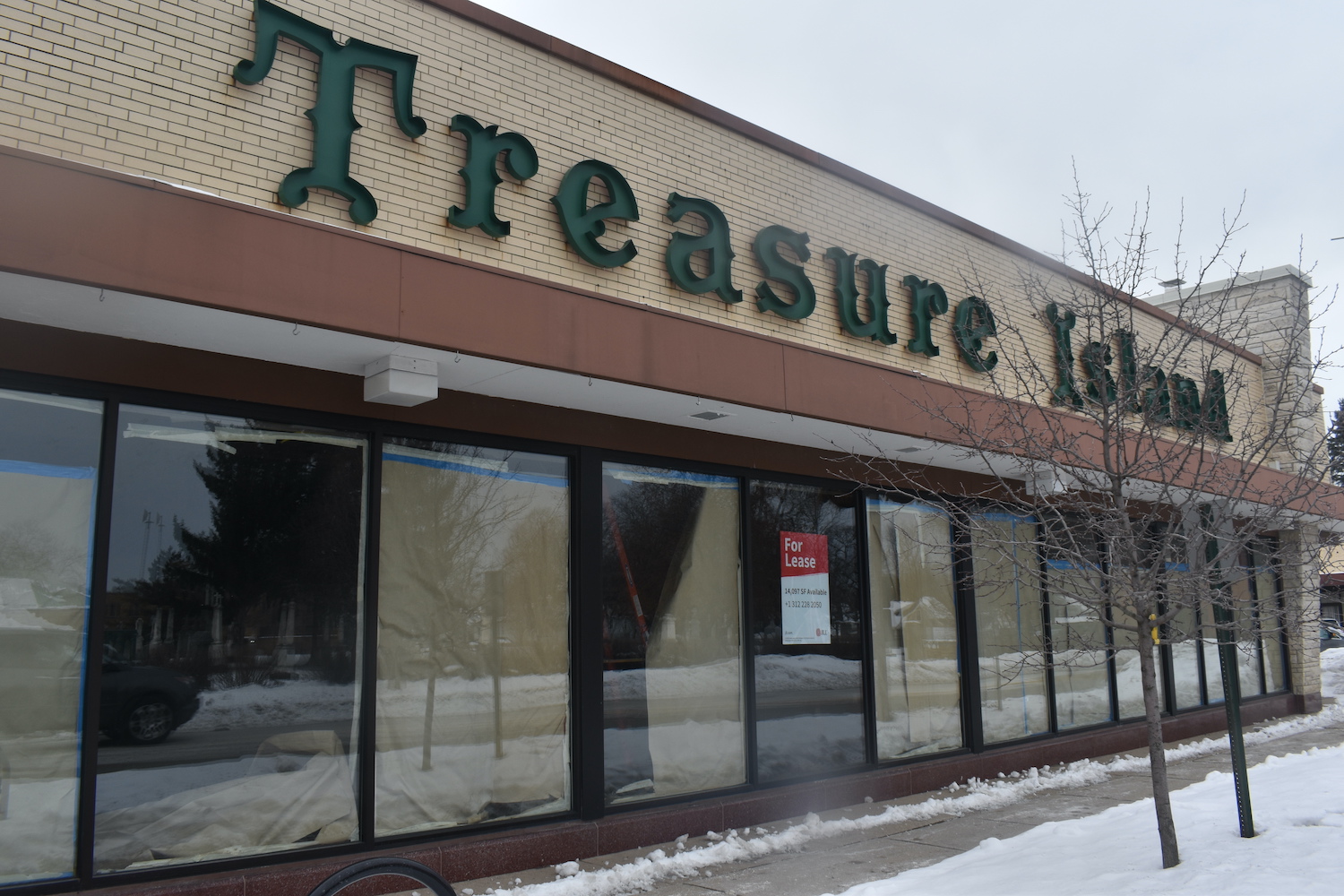 Wilmette's Treasure Island closed in 2018 after 50 years in the village. | Joe Coughlin/The Record

More than two years after a longtime Wilmette staple shuttered, inquiries surrounding the notable vacancy are still slow to trickle in.

The empty building at 911 Ridge Road, a space that was for decades the home of grocery store Treasure Island, is currently not drawing significant interest from potential occupants, village officials told The Record.

Community Development Director John Adler said no potential applicants have recently come forward and that there’s “not a whole lot of inquiries” the village has been receiving related to the space.

In early 2019, there seemed to be a match for a new occupant when officials reported that well-known nonprofit Goodwill agreed to lease the space, but the property’s ownership soon informed the village that it would not be moving forward with its plans.

No agreement was ever made official, and Goodwill did not submit zoning applications to the village, Adler said, adding that at this point it is clear Goodwill will not be occupying the space.

Village officials, along with representatives of the property owners, reached out to several grocery stores shortly after Treasure Island closed to see if there was potential interest, but efforts were unsuccessful.

Property owners hoped to fill the 14,000-square-foot space with another grocer because of the ability for a smooth transition in uses, Adler said, but issues related to maintenance, parking and exposure derailed interest from several national companies.

The Record’s attempts to contact the property’s owners were unsuccessful as of publication time.

According to listing information, the building shares 46 parking spaces with adjacent smaller storefronts, and the intersection of Lake Avenue and Ridge Road averages close to 18,000 vehicles per day.

Although interest is limited, filling the vacant building that was first built in the 1950s is a priority for village officials.

“We would love to see that space occupied,” Adler said. “Obviously we have other spaces in the village, including the old Jaguar dealership and Carson’s, which are also large vacancies that we really want to see either reoccupied, or something done with those sites that will bring value to the village.”

Wilmette is currently undertaking a rewrite of its Village Center Master Plan that includes the Ridge Road corridor, along with several other commercial areas throughout the village.

In that plan, which will start taking shape in the spring and summer of this year, officials will look into zoning regulations for the former Treasure Island site to analyze if currently allowed uses are realistic for potential occupants.

The village also hopes to engage the community throughout the process, while also constructing creative potential solutions for the space.

“I think what we’re going to need to do is have dialogue with the community and have an understanding of what the market and what the economics will allow to go in there and be successful,” Adler said. “Hopefully we can figure out an idea on that property, and other properties that are suffering the same sort of change as this one is, to bring out a user for that site that is something the neighborhood welcomes.”