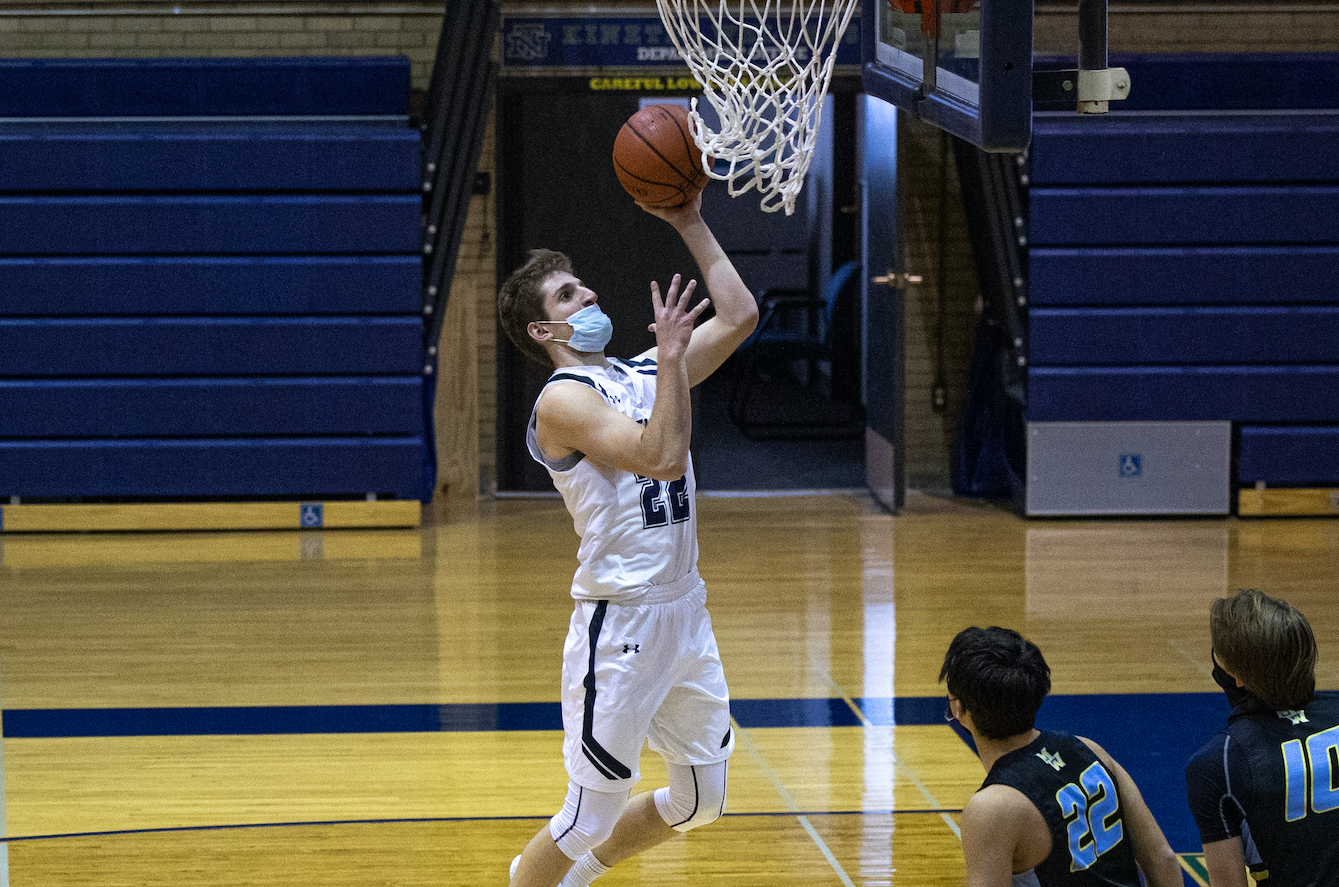 Geis is a senior off-guard for the Trevians who scored six points in the season-opening win over Maine West.

1. What are your plans for next year?

I have some Division III options to play basketball and I have been accepted to really good Division I, Big Ten schools that I am considering. … It’s a harder choice with basketball back. Now, I’m leaning toward playing basketball in college. I can’t give up the game I love.

2. Do you have any pregame superstitions?

I wear a chain and three bracelets, and I take them off at the exact same time — 30 minutes before a game. It’s tradition and for good luck. I used to throw a warmup jacket to my mom for good luck, but can’t do that anymore.

3. If you were to play another sport at New Trier, which would it be?

It would probably be football. I have a bunch of kids I hang out with that play and love it. They’ve been telling me to come out (for the team) for years.

I would rather hit the shot. I’ve had that feeling before and I don’t think anything tops it.

5. If you are in Walgreens, with a couple bucks, what are you buying?

6. If you could have dinner with anyone, who would it be?

Stephen Curry (NBA — Golden State Warriors). Without a doubt. I model my entire basketball game after him — catch and shoot, off the dribble, work ethic. I bought his master class. I love that guy.

7. What is something not many people know about you?

I like to lead. I believe I’m a natural-born leader. I like to get on my teammates in an encouraging way, lead by example and through communication, especially being a senior this year on the team.

8. What is your favorite thing to do off the court?

That would definitely be hanging out with friends. I hang out with a bunch of great guys and girls. It’s a great high school atmosphere to be a part of.

9. If you won the lottery, what would be your first purchase?

My dream house with a basketball court, pool, beachside. I gotta get my favorite car, a Lamborghini.

I think we can shatter expectations and I think accomplish a lot. With no state tournament, we can also prepare the underclassmen, who are very talented, and make sure they are ready to have a very good year next year. They can do some really special things.