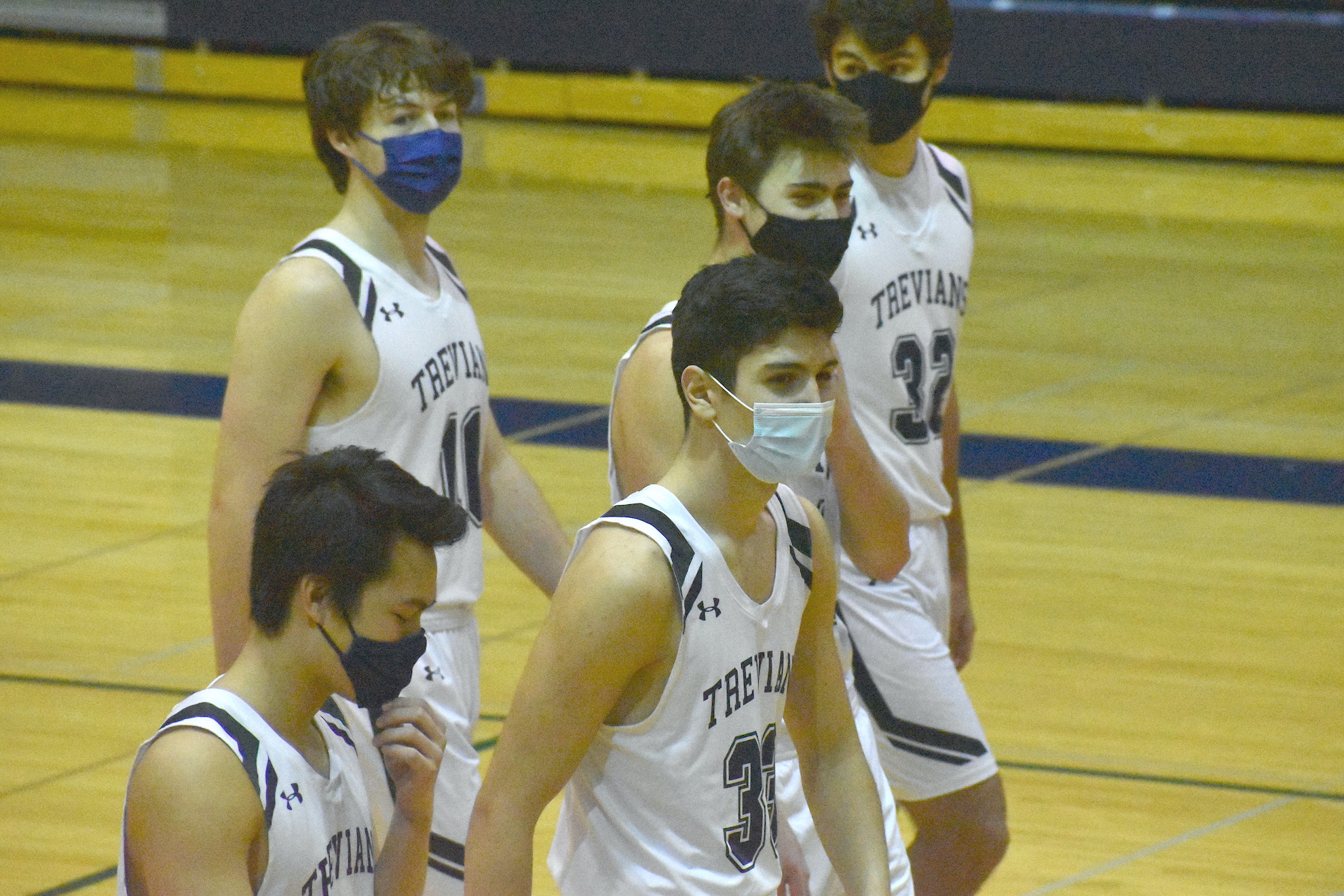 It was impossible not to hear the chatter.

New Trier senior Will Geis heard it wherever he went: the gym, the weight room, his basement. The doubt was real, but what else could he do?

And it was all worth it Saturday afternoon in Winnetka, when Geis and company took the floor for the first time this season and “the best feeling ever,” he said.

The Trevs’ 62-30 team victory over Maine West was the culmination of 11 months of more questions than answers amid the COVID-19 pandemic that has halted and stalled high school sports across the state since March 2020.

At times, basketball was considered most at-risk of cancelation, as it was the victim of bad timing (a surge of the virus in November) and a “higher-risk” designation by the state’s department of public health.

But with a prolonged regression of the virus in 2021, the sport was given the go-ahead on Feb. 2.

“It’s great to be out here playing,” Trevs coach Scott Fricke said.  “We started the season and then couldn’t continue, then started again. It’s been crazy. It is a relief for the kids and the parents and everyone associated with basketball to actually get out here and play.”

Fricke said it wasn’t about the win or loss on Saturday, but New Trier never left any doubt about which it would be, dismantling visiting Maine West from the opening whistle.

Forcing seven turnovers early, New Trier jumped out to a 15-2 lead after one quarter.

Jackson Munro chipped in 4 points and 5 rebounds, while Andrew Pekar also had 5 rebounds.

“We came out with a ton of energy,” Fricke said. “We had a really good practice yesterday but before that, we had a couple days of tough runs. I think they were getting sick of playing against each other. It was a relief to see some different guys out there.”

New Trier played a lot in transition Saturday, thanks to a number of early steals.

Geis likes his team’s versatility, as they will start quick guards Kanellos and Fitzpatrick to go with athletic wings Geis and Burns and an inside-out big man Munro, who is 6-foot-8.

All that, plus shooting all over the court.

“This is the style of play I like,” Geis said. “I like to run in transition, but we can score in the haf-court too. We are a very versatile team. Our 5’s can guard 1’s, and our 1’s can guard 5’s. We are stretched all over the place.”

New Trier now begins a heavy slate of gameplay through a compressed, six-week season that must end by March 13 and will not end with a state tournament.

In that time, the Trevs have 15 more games scheduled — a three-game-a-week pace.

Fricke is hopeful, but knows a full season is not certain. A surge in COVID-19 could stop the season in its tracks. He wants his players to be aware of that.

Geis is on board and has a bit of extra motivation.

He hopes to play ball in college and is happy these games are streamed online. If the season were canceled, he is unsure if he could get a shot at college ball.

“Coaches wanted to see my senior film to see how I developed from a player getting sixth or seventh man minutes to a starter,” he said. “ … I really hope to show them how much work I’ve really put in.”