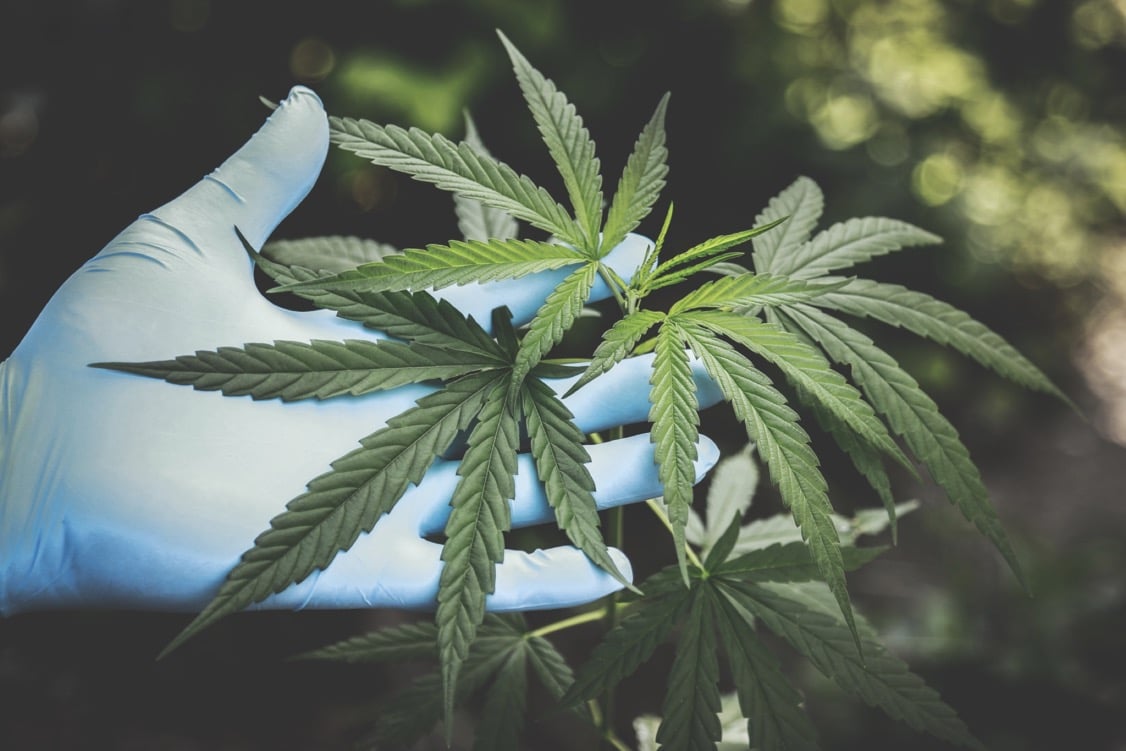 The Village of Wilmette is still months away from a decision on the local sale of recreational cannabis, but at the very least, the measure will get a thorough review.

Trustees decided during a special meeting Thursday, Feb. 4, to authorize the land use committee to investigate zoning and other logistics for a potential cannabis dispensary.

Despite an inquisitive conversation beforehand, the pre-vote discussion was nonexistent, as all trustees agreed that sending the matter to committee was the prudent decision.

Village Manager Mike Braiman said it should take the land use committee two meetings (February and March) to discuss the matter before it is sent back to the Village Board in April.

The village’s moratorium on recreational cannabis sales expires in June.

Prior to the vote Thursday night, Village Manager Mike Braiman gave a presentation on recreational cannabis sales in the area, highlighting possible effects to Wilmette, as well as potential in-town locations for a dispensary.

Braiman said that after research village staff identified Edens Plaza — because of its ample parking and proximity to the expressway — as the “best location” for a Wilmette dispensary.

“It’s my understanding that if you don’t allow the best retail sites, you don’t attract the best operators,” Braiman said. “Other spots just wouldn’t be as attractive.”

Just down Skokie Boulevard at Old Orchard Road is a large dispensary in Skokie, but Braiman said experts he’s spoken with consider the two areas as different markets.

Braiman added that representatives of Newport Capital, which owns Edens Plaza, told the village it would consider a dispensary for an “infill” storefront and not an anchor spot, like the vacant Carsons space.

Village President Bob Bielinski said if and when the discussion gets to that point, Edens Plaza makes sense, especially if patrons can grab a cheeseburger from nearby Five Guys afterward, he said tongue in cheek.

“If we say yes to a dispensary, we want a successful dispensary,” he said. “ … And the most logical place is Edens Plaza.”

Like Skokie, other local communities Evanston and Northbrook allow and have cannabis dispensaries.

Park Ridge, Morton Grove, Northfield and Highland Park all within the past six months reversed course to allow for cannabis sales within their villages.

Winnetka, Kenilworth, Glencoe and Lake Forest are just some of the regional communities that currently ban recreational cannabis sales.

Of the towns that allow the sales, Braiman said none of them have yet reported any additional safety concerns.

Police Chief Kyle Murphy, answering an inquiry from Trustee Peter Barrow, said he had no reason to believe Wilmette would be any more at-risk than nearby towns that currently feature dispensaries.

Some communities with dispensaries did report an initial surge of traffic “in the first couple weeks,” Braiman told the board.

On the financial side, village staff averaged sales-tax projections for nine communities that allow cannabis dispensaries to get $350,000 per year per dispensary.

With a 5 percent sales-tax maximum, Bielinski pointed out that means a dispensary with about $7 million in annual sales — a high number for a village the size of Wilmette, he said.

Trustees Senta Plunkett, Kathy Dodd and Gina Kennedy all expressed interest in improving public education about cannabis as the discussion progresses, and Trustee Joel Kurzman said he hopes to look at more refined financial projections before the matter reappears in front of the board.