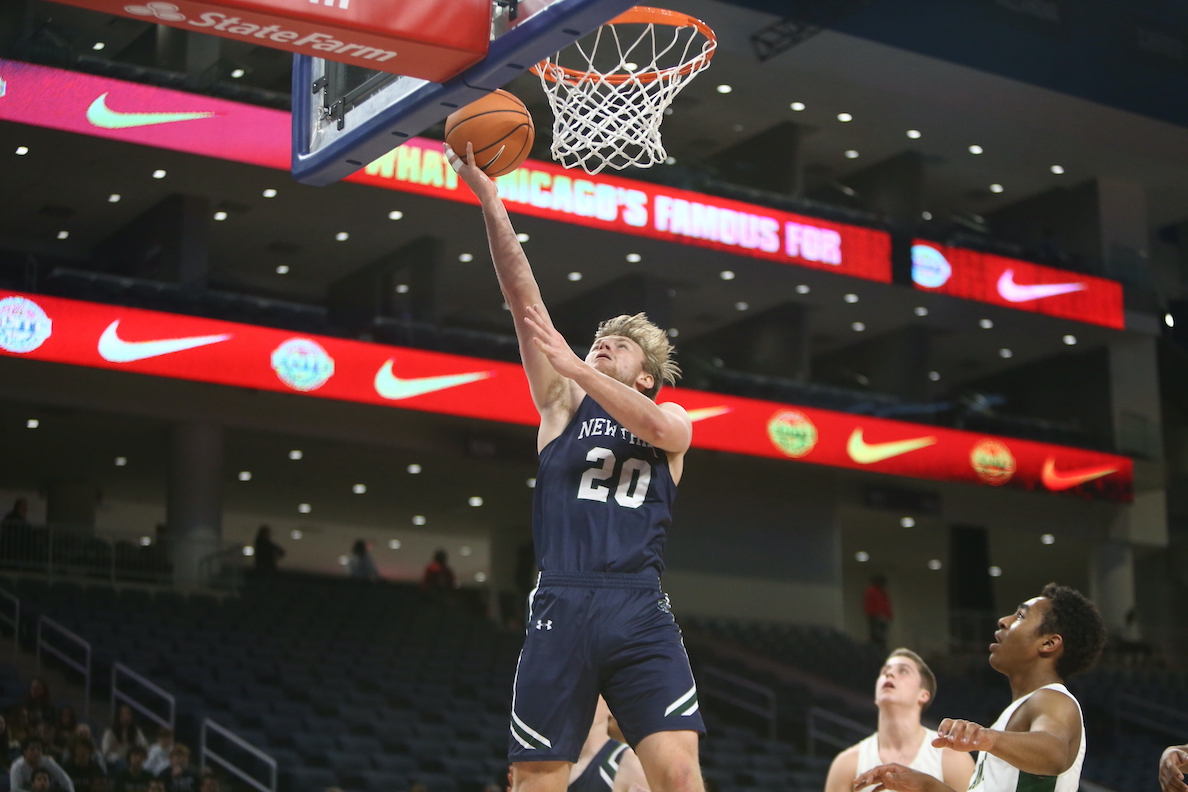 New Trier basketball (boys and girls) can start their seasons as soon as Region 10 moves into Phase 4 of the state's mitigation levels. | Photo by Carlos Alvarez

Good news came all at once for the Illinois preps sports community Wednesday, Jan. 27.

Amid declining COVID-19 numbers across the state, the Illinois High School Association released a comprehensive sports schedule that outlines the seasons of 17 high school sports, including “higher-risk” athletics football, basketball and wrestling.

“Ultimately, the (IHSA Board of Directors) adhered to its stated goals throughout the pandemic: providing an opportunity for every IHSA student-athlete to compete safely this year and maximizing opportunities for traditional IHSA spring sports after they lost their entire season a year ago,” said Craig Anderson, IHSA’s executive director, in a press release.

The calendar assumes the sports are allowed to play by the Illinois Department of Public Health, which has provided restrictions based on its mitigation levels.

Higher risk sports, for instance, cannot compete with other schools until their region is in Phase 4, while moderate risk sports can compete in Tier 1 (one level below Phase 4) and lower-risk sports in Tier 2.

Region 10, which consists of all of suburban Cook County including New Trier Township, is currently in Tier 1, needing three straight days of sub-6.5 percent average positivity rate to move to Phase 4.

All athletic participants must wear masks during competitions, unless the sport is an outdoor event with safe distancing, according to the IHSA.

The IHSA announced the basketball season can start immediately once a region reaches Phase 4, and the season can continue until March 13. While in-season, basketball programs are unrestricted on how many games they may schedule, the IHSA said.

The football season can begin official practices March 3 and play a maximum of six games spanning March 19 to April 24.

“My overall feeling is an initial thrill, specifically for our seniors,” New Trier head football coach Brian Doll said. “I’m happy they get the chance to go out there on the field together. … Our goal is to make it a positive experience during such a unique time.”

A team must complete seven practices before playing a contest, the IHSA says.

Many of the seasons will overlap, but Anderson said multi-sport athletes can compete without restriction in more than one sports season at the same time — except in relation to football.

Anderson said due to the rigors of the sport, the IHSA is requiring 10 football practice days for before a student-athlete can take the field in competition.

Loyola girls basketball coach Jeremy Schoenecker hopes to schedule about 15 games in his six weeks, possibly with conference games on Thursdays and Saturdays and a few nonconference contests on Mondays.

The Ramblers will put nine seniors in uniform this year with five of them starting, Schoenecker said, adding that the schedule was the “best thing for the kids.”

Schoenecker likes what his team will put on the floor this season and feels it’s a shame they won’t get a playoff tournament to prove their mettle.

“We thought we had a really good chance at a sectional appearance or even title,” he said. “But for us as coaches, we’re just trying to have one more 10- or 15-game run with them and make it as fun as we can.”

Only 50 fans will be allowed to attend competitions, the IHSA said.

The logistics will be a puzzle, especially because many of Loyola’s leaguemates hail from other regions, such as Providence Catholic in south-suburban Region 7 and Montini Catholic in west-suburban Region 8. To play each other, both schools must be in Phase 4, according to Anderson.

The same goes for all conferences in which schools span regions, he said, such as the Central Suburban League North, which features schools in Region 10 and north-suburban Region 9.

If a region reverts back in tiers or levels, then the season will likely be suspended in accordance with state guidelines, according to Anderson.

The winter sports, which include fall holdovers girls volleyball and boys soccer, must figure out that puzzle for about six weeks, but spring sports get a longer stretch thanks to the IHSA.

According to Anderson, the IHSA’s board granted spring sports — such as baseball, softball, lacrosse and more — 10-week campaigns (April 5-June 19) to help make up for erased seasons in the spring of 2020.

That being said, Loyola baseball coach Chris Ackels experienced a lost season with his student-athletes last year and was glad to see every sport on the calendar.

“I’m proud of the IHSA for getting everybody in,” he said. “We, being baseball, lost our entire season last year. I wouldn’t wish that on anybody. I really hope our kids who play basketball, volleyball, football, soccer, I really hope all kids get seasons in. If that means, we have to miss games or sacrifice, we’ll do it.

“Now, we have to all do our part to stay healthy so we can play this schedule.”