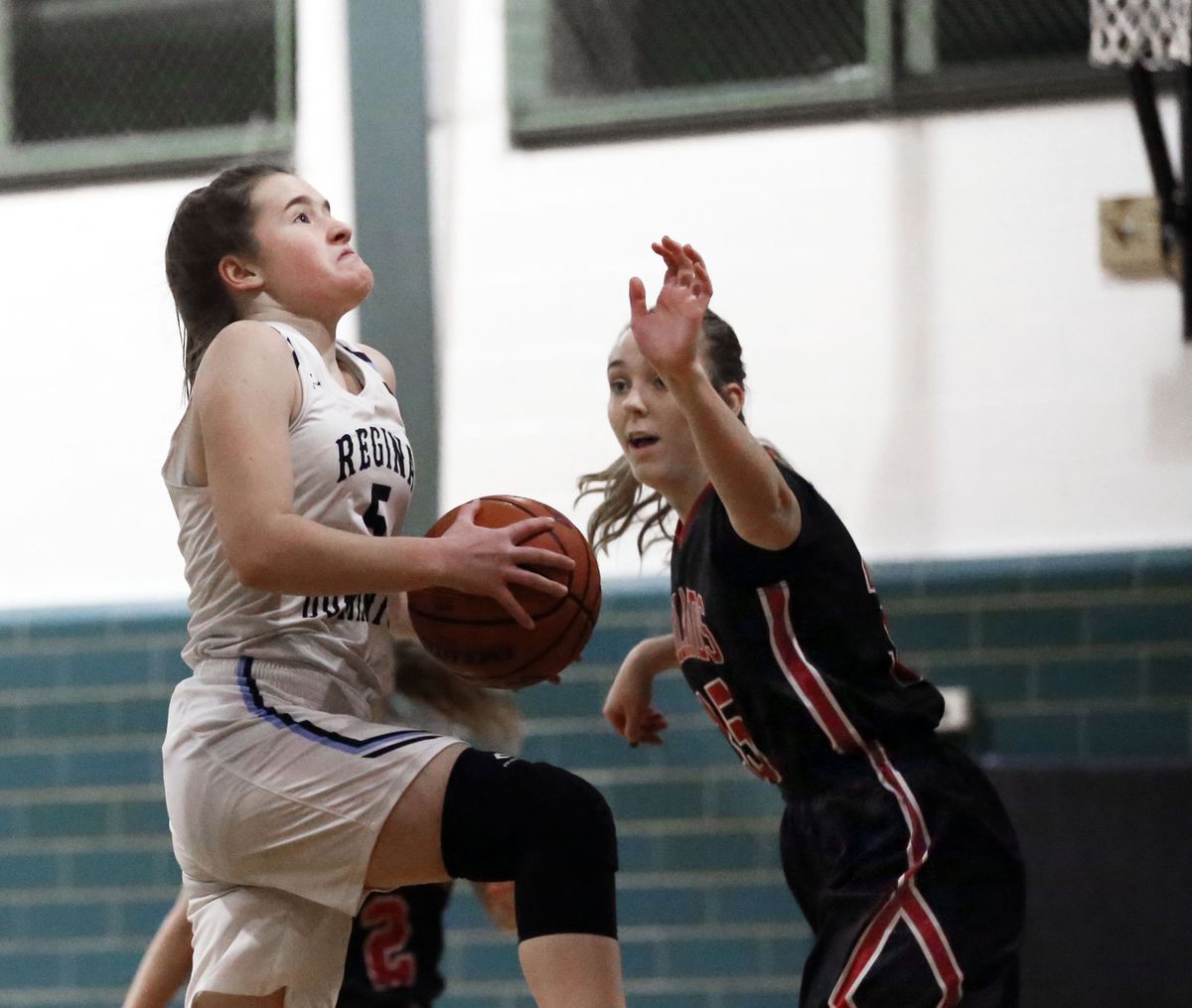 Laura Strenk fell in love with the game of basketball at an early age, and her lifelong passion for the sport she adores is only growing.

Strenk, a standout athlete at Regina Dominican High School in Wilmette, achieved her dream of playing the sport she loves at the collegiate level last week when she officially committed to Colorado College next season.

A native of Golf, Strenk is one of the most accomplished athletes in Regina history. In addition to a stellar basketball career, she is also a decorated tennis player and a four-year varsity soccer starter.

But when it came time to make a decision regarding athletics at the collegiate level, Strenk knew basketball is where her heart is.

Strenk’s decision to play at Colorado College was guided by the school’s strong academic background and the high-caliber coaches and teammates she’ll soon join, she said.

The aesthetically pleasing nature of the campus was also admittedly a plus for Strenk.

“I’m very excited to play basketball there,” she said. “It’s an amazing school that I see myself being successful at. I’m really very excited.”

Managing the recruiting process during a pandemic was peculiar, but Strenk was thrilled with the support she received throughout it. She said the coaching staff at Colorado was “extremely awesome and flexible” and that they “could not have been nicer.”

Although the high school basketball season is currently on pause, Strenk is staying prepared and making sure that she is ready to go if a season does take place this year. She’s also holding out hope that she’ll get to return to the court as a Panther.

“I’m very hopeful right now,” she said. “Even if we get a few games … that would be amazing. We would be blessed to have a season right now during this time.”

Having the chance to play with her teammates again is Strenk’s top priority but she also is closing in on an accolade few are able to reach at the high school level — 1,000 career points.

Strenk said she would be thrilled to reach the honor.

As she readies for the transition to the next level of basketball, Strenk said she is working on her aggressiveness and ability to drive the ball to the hoop. She’s also improving her shot release, footwork and speed.

She’s looking forward to meeting her new teammates and becoming part of a new program.

“I’m a very team-oriented person so I’m really excited to meet the team and travel with them,” she said. “I’m thrilled that I’m allowed and given the opportunity to compete at this level.”

Family has also played a huge role in Strenk’s basketball journey. The youngest of eight children, Strenk said her admiration for the game started when her parents would bring her to siblings’ games and when her dad started a grade-school basketball league with her friends.

Strenk credits her time at Regina as one of the driving forces behind her growth as an athlete, a student and a person. Her four years at the school will always hold a dear place in her heart.

“I grew so much as a person and a player and I became a leader there,” she said. “I developed so many friends from that school and I literally can’t say thank you enough.”

“That school is amazing and I just can’t thank them enough for helping develop who I am.”

“From the moment Laura took the floor, she instilled a winner’s attitude in all of her teammates. She was more than an impact player, she impacted the school,” he says in a press release from the school. “Not only did she elevate the play of her teammates to win a regional her sophomore year, she instilled the ‘that is where we belong’ attitude that resonates throughout the whole program.”

He described Strenk as “one of Regina Dominican’s finest student athletes to have graced the halls” and added that the program is “ecstatic” she found the “perfect fit” at Colorado College.

Strenk — who is also an honor-roll student, member of the orchestra and student council representative — plans on majoring in economics.