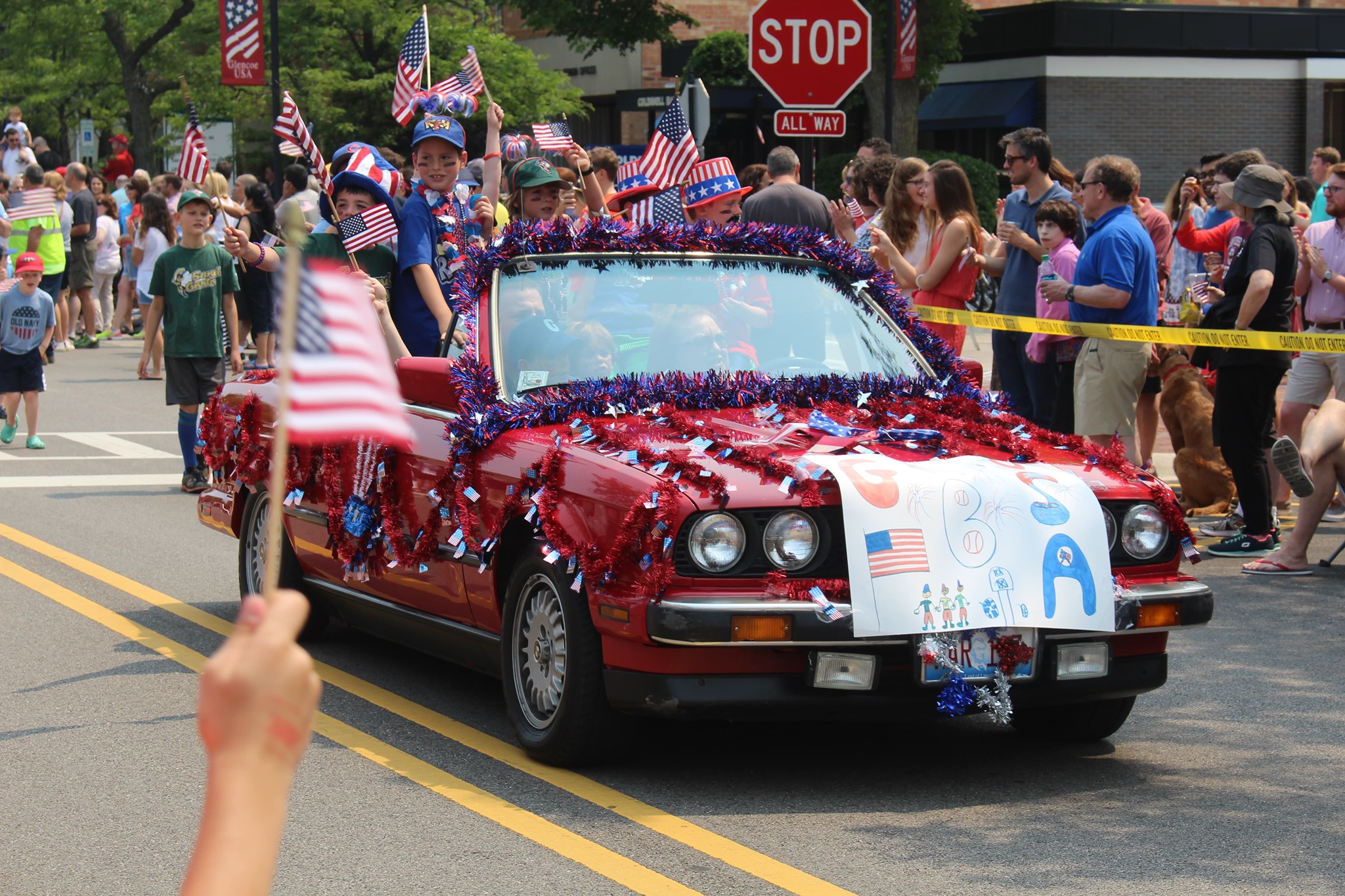 The Glencoe community celebrates the Fourth of July in 2019. While the future of the pandemic will determine the feasibility, officials believe some July 4 festivities could return in 2021. | Photo courtesy of the Village of Glencoe.

After several signature Glencoe events fell by the wayside in 2020 due to the COVID-19 pandemic, Village officials are starting 2021 with hope some will return this year — albeit in a different fashion.

Glencoe officials shared preliminary deliberations on Thursday, Jan. 21, on potential special events during 2021 and asked the village board’s committee of the whole for direction regarding planning efforts moving forward.

Sharon Tanner, assistant village manager, told the board that staff was not asking for a final decision on 2021 events quite yet, but was instead hoping to obtain feedback and early perceived feasibility.

Tanner focused the majority of her presentation on Fourth of July festivities, which in usual years are “exceptionally well-attended,” she said.

Given the current outlook of the pandemic, village officials do believe some traditional July 4th festivities, such as Glencoe’s signature parade, could be viable for this year but in a smaller capacity than past years.

In 2019, Glencoe expanded its July 4th offerings in honor of the village’s 150th birthday celebration. The village extended the annual parade route, held a longer fireworks display and offered a Party in the Park event that featured live music, food trucks, and beer and wine sales.

Although officials said the added patriotic celebrations in Glencoe were well-received by residents, a 2021 version of the summertime holiday will likely be without many of those festivities.

“As we think ahead to July not knowing what the COVID-19 environment may be and what restrictions may be in place, our preliminary thought is that an expanded event that is similar in scope to 2019 may not be feasible due to the physical distancing measures that are still in place,” Tanner told the board.

Tanner added staff believe the parade could take place on the Fourth of July if the route is extended to allow for increased social distancing and additional safety precautions are taken.

Village Manager Phil Kiraly said there is a possibility of delaying the firework show until later in the year, adding that it’s “hard to project out six months from now and be fairly confident how things will be proceeding.”

While Village trustees showed support toward staff’s recommendations, all members of the board expressed a desire to hold off on making a final call on events for this year and stated safety must be the top priority.

Trustee Joe Halwax recommended the possibility of shifting the fireworks show until around the Labor Day holiday, and several board members supported that idea.

In addition to July 4, Tanner also discussed several other Glencoe special events: Memorial Day, Meet the Machines, the French Market (farmers market), the sidewalk sale and the Festival of Art.

Officials believe Glencoe’s Memorial Day event is likely to happen in 2021 because of the usual smaller attendance numbers that would align with Phase 4 mitigations, outdoor location and opportunity for physical distancing, Tanner said. There’s also positive outlooks for the sidewalk sale and the Festival of Art.

There’s also an indication the Glencoe Chamber of Commerce is interested in bringing back the French Market this summer, Tanner said.

The status of Meet the Machines is uncertain at this point given the hands-on nature of the event, but several trustees did express an interest in moving forward with planning.