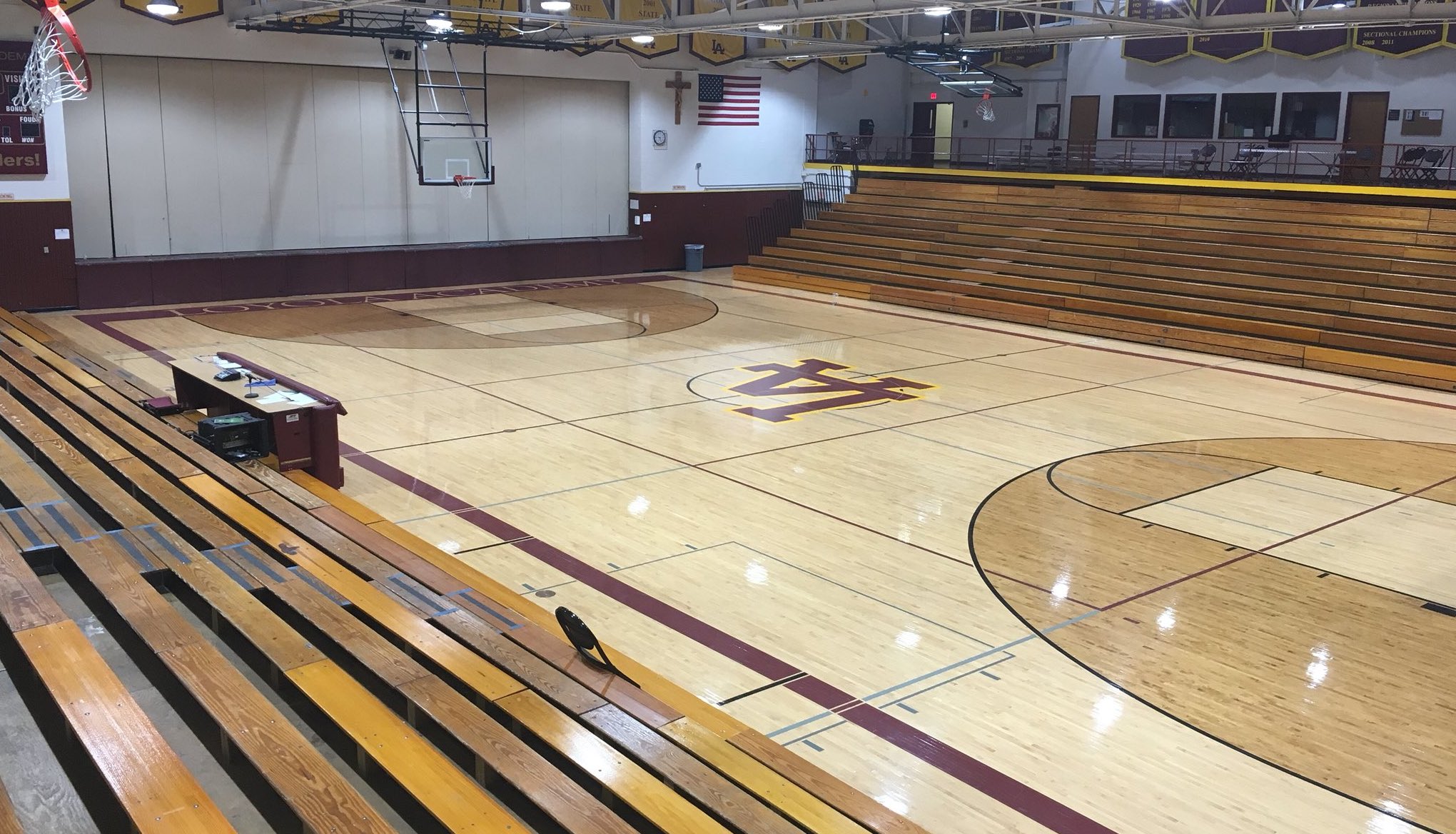 The junior boys basketball player thought it was important for him to learn how he could apply the advice to his life and maybe even the lives of his friends.

The event, which was hosted by Loyola Afterhours on Tuesday, Jan. 19, turned out much bigger than imagined.

It was the brainchild of Kerry Dubay, the school’s dance team coach, who approached Loyola’s counseling department head Shelia Blanchifield about providing support for her student-athletes who have had their season altered amid COVID-19-related restrictions from the state.

Dubay said her athletes were struggling and her captains felt they needed to support their teammates but were not fully prepared to do so themselves.

Counselors initially prepared a small meeting with the dance team, but the demand for such an event was much larger than that. After word had spread, Loyola hosted a 150-person Zoom session attended by Ramblers across the athletics spectrum, all looking for help and to learn more.

“It blew up because of the fact that it’s so needed right now,” said Tyler Vradenburg, a counselor and football coach who organized the event. “Not only is everyone struggling, but athletes are really struggling right now in this state.”

The 35-minute event started with a quick introduction from Blanchfield before Vradenburg talked about validation and compassion. A clinician from the Compass Health Center discussed how to identify the different signs of depression and anxiety, while another counselor detailed Loyola’s mental-health resources.

Senior Emily Rice concluded the session by talking about HOPE Squad, a group that helps Loyola students identify signs of depression and suicidal thoughts and gives them an opportunity to talk with each other.

As a captain of the Ramblerettes dance team, Rice has dealt with the uncertainty of the past year while also figuring out how to be there for others.

Conversations like the one on Tuesday show student-athletes that they are not alone, which is important to Rice.

“It’s crucial for being an athlete and a student in quarantine,” Rice said. “There’s been a lot of isolation over the past few months, and when you’re so used to spending every waking hour with your classmates or your teammates, it’s a big change. Because we were alone for so much time, we felt like the stress was just us because we couldn’t communicate with other people and see that we’re not alone.”

For many Loyola athletes, the prolonged uncertainty of whether they’ll compete this season has been challenging. As a counselor, coach and father, Vradenburg has witnessed how much the past year has affected students.

He noted students often do better when they have structure. School is not necessarily fun, but the social and extracurricular aspects are, and all students are missing out on that.

Vradenburg wanted to tell students that the adults around them understand.

“It was a validation that we get it, that we know what you’ve lost, that you’re going through this traumatic period and you’re being strung along in a way of maybe having a season or not having a season,” Vradenburg said.

Kurtzweil said not knowing what’s next has been tough for him and his teammates. The Ramblers 2020 season was cut short just before their sectional championship game, which was canceled amid the coronavirus’s early spread in March.

Loyola worked hard all offseason, following the different rules set by the IHSA and the Illinois Department of Public Health, in order to have a redemption-style season.

Then, teams across the state were left in a holding pattern at the end of October after Illinois Gov. J.B. Pritzker and the IHSA sent out conflicting messages about whether there would even be a basketball season. All sports were then put on pause in November when a COVID-19 surge struck the state.

Vradenburg was proud of the positive feedback received after the Zoom session and is ready to do more.

Going forward, he would like to meet with smaller groups and with teams when possible, so participants can feel more comfortable to share and to listen.

He wants coaches to feel comfortable reaching out, too, so that they can talk about and listen to how their athletes feel.

Rice, Kurtzweil and their teammates will continue to put in the work and await direction. The IHSA announced on Monday, Jan. 18, that low-risk winter sports — such as boys swimming and diving, dance, gymnastics and more — could begin their seasons, but the future of basketball is still uncertain.

While the Ramblers don’t know what’s next, Kurtzweil and Rice both know this experience has helped them grow and taught them more about themselves.

Events like Loyola’s Mental Health for Athletes help them see that they are not alone and how important it is to talk about mental health.

“It showed that while the stigmas of mental health [struggles] still exist, if you make a conscious effort to push past them, it’s possible,” Rice said. “Suicide prevention and mental health can be an uncomfortable conversation for a lot of people, but as long as there are students who are willing to stand up for the mental needs of Loyola and community, we’ll become a more tolerant and caring generation.”