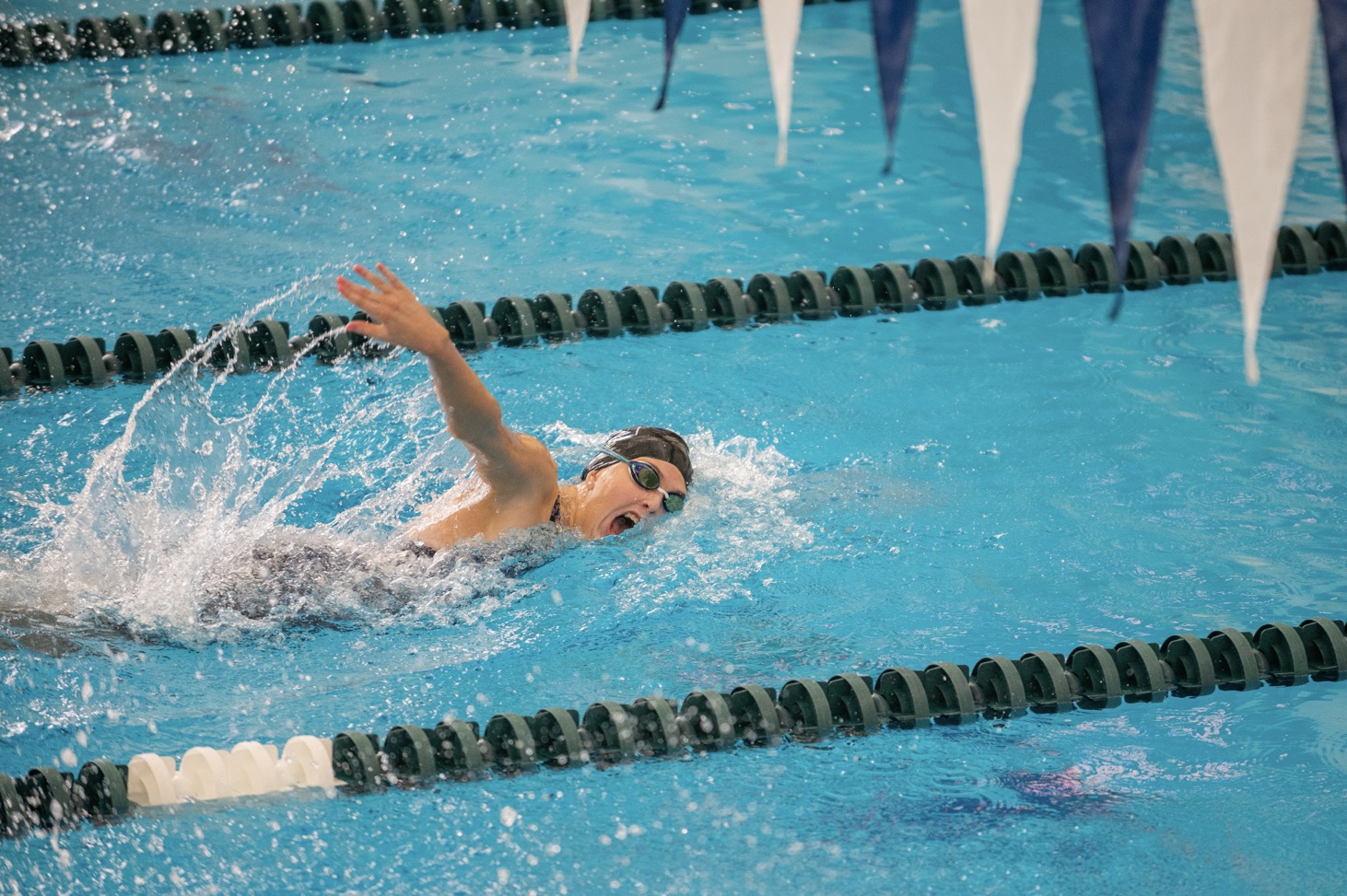 Swimming is one of a handful of low-risk winter sports that can start their seasons under the new mitigations.

After “adjusting the metrics,” the Illinois Department of Health pushed eight of its 11 districts, including suburban Cook County, to looser COVID-19 mitigation levels on Monday, Jan. 18.

New Trier Township and all of Region 10 moved from Tier 3 to Tier 2, which allows for the limited reopening of museums, theaters, fitness facilities and casinos.

Region 10, as well as other suburban regions, however, were stuck just below the threshold (20%) for medical/surgical-bed availability, despite consistently meeting the other three metrics.

On Monday, the state announced a program to assist area hospitals’ staffing needs and removed the medical/surgical category, according to an online statement from the state initiative Restore Illinois.

“After consulting with hospital leaders and local health departments … IDPH has adjusted the metrics to move away from utilizing medical/surgical bed limits to move across mitigations, allowing more regions to advance,” the statement reads.

Region 7 covering Will and Kankakee counties remained in Tier 3.

New Trier High School Athletic Director Augie Fontanetta was preparing for a scheduled 3:30 p.m. meeting with his winter coaches when he got a text message from a fellow athletic director telling him about the move to Tier 2.
Under the tier, indoor recreation could resume, meaning winter sports could get back to action.

Finally, a meeting to look forward to.

“I got to share the news,” he said. “I circled back with them a couple hours later with a plan in place to get our students back out there. This evening, I shared that news with families.”

Considered a high-risk sport, boys and girls basketball could also practice, but with no contact. Usually a winter sport, wrestling had previously been moved to the summer season by the IHSA.

Winter sports getting underway helps to clear up a logjam of 20-plus high school sports yet to compete, including fall sports football, girls volleyball and boys soccer, which were delayed because of COVID-19.

“It’s obviously a tremendous help to get winter sports started now,” Fontanetta said. “ The calendar is not going to change. There is going to be an end date at some time in June. The sooner we get things started, the more flexibility we will have when high-risk sports get going.”

Other notable changes in Tier 2 include the reopening of cultural institutions, such as museums and theaters, and casinos with capacity limits.

Indoor fitness classes can resume with a 10-participant maximum, gatherings of 10 are now allowed in private venues, and gyms and fitness centers can reopen, also under a 25-percent capacity order.

Indoor dining cannot resume under Tier 2, but can at 25-percent capacity under Tier 1 mitigations.

New Trier Township, an area within Region 10, has recorded under 8% positivity most of January, the latest recording at 5.8% on Monday, Jan. 18.