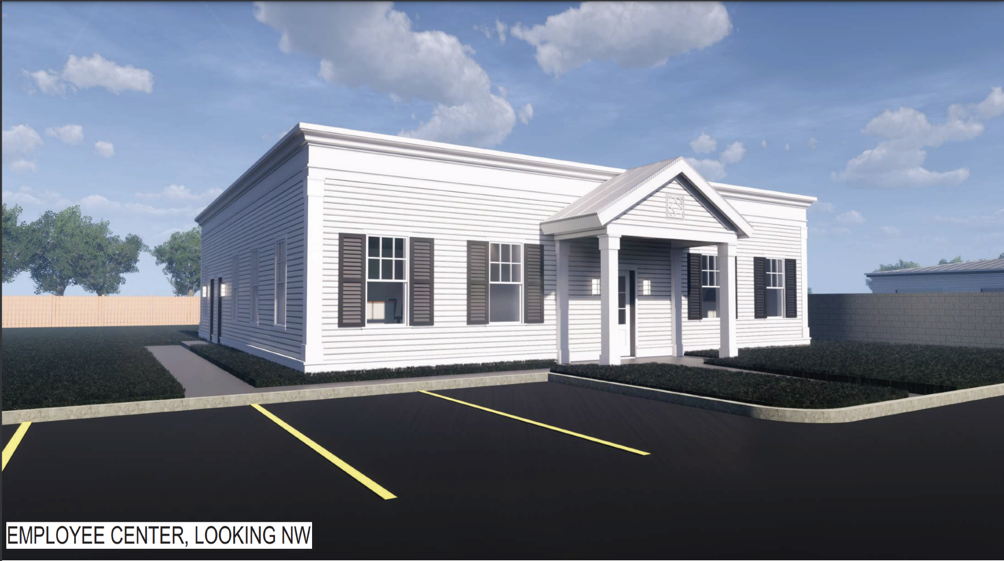 Wilmette's Village Board approved plans from Indian Hill Club to improve its facilities, including the addition of an employee center. | Graphic courtesy of the village of Wilmette.

More than a year after plans were first submitted, several modifications to Indian Hill Club are now teed up.

Wilmette’s Village Board approved an ordinance Tuesday, Jan. 12, during its regular meeting to allow a series of site improvements to the popular North Shore golf course.

Approved plans allow for the construction of a new one-story employee center, a one-story equipment wash and storage building, a 15-space parking lot, a seven-bay storage structure, and other on-site improvements.

Alterations to the golf course’s facilities were first reviewed by the Village’s Zoning Board of Appeals in November of 2019, according to village documents. To better meet requests from the zoning board and neighbors of the property, the applicant tabled its proposal until Feb. 5, 2020.

Due to the COVID-19-related disruption of in-person village meetings in 2020, the final review of the proposal happened in early December.

Plans underwent changes throughout the last year, most of which resulted in minor adjustments to landscaping and fencing.

John Talty, one of the project’s architects who spoke on behalf of the course, described the course as a “complex site within a complex location in the village” but said the only real sticking point throughout proceedings was a concrete pad on the northeast corner of the property that drew some opposition from neighbors.

The issues were resolved between the parties prior to the Village Board’s approval, officials said at the meeting.

Before the proposal made its way to the board, Wilmette’s Appearance Review Commission approved the proposal with five conditions. All were met by the applicant.

Board members thanked the applicant for working in cooperating with the various village boards and nearby residents.

“Having lived in this neighborhood just a few houses away from the club’s maintenance facility for many years and walking by it daily, I think the club is to be commended for the responsive way that they have put this project together,” trustee Peter Barrow said. “(They responded) to the comments and the questions of the zoning board and the appearance review commission as well as the neighbors. … I think this is a really appropriate project and I think it accommodates both the club’s needs and those of the nearby neighbors.”