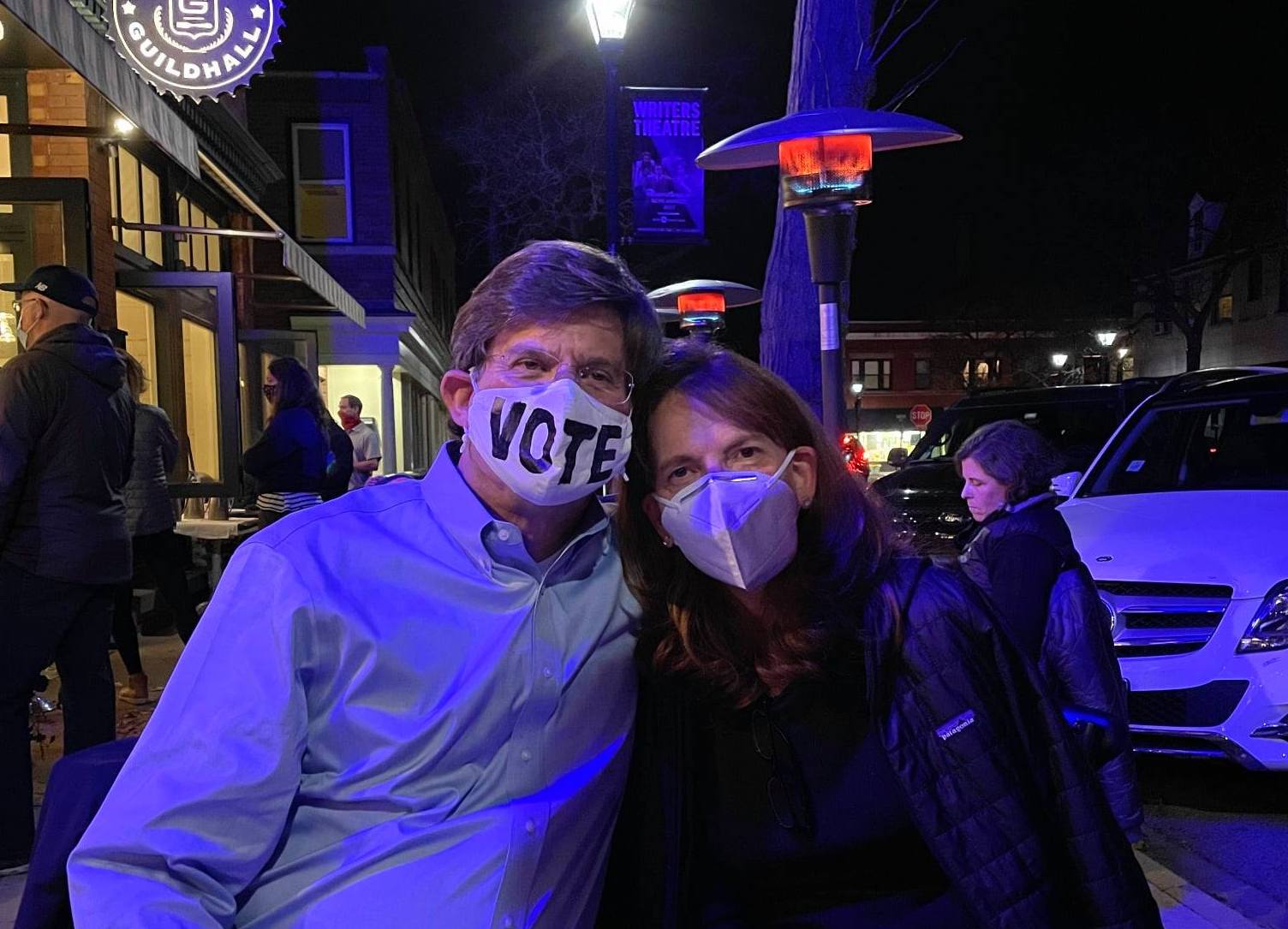 Congressman Brad Schneider, pictured with his wife, Julie, in downtown Glencoe, said he has tested positive for COVID-19. | Photo Submitted

U.S. Rep. Brad Schneider (D-Deerfield) announced Tuesday that he has tested positive for COVID-19 less than one week after violent rioters infiltrated the U.S. Capitol while Congress was in session in Washington, D.C.

During the events Wednesday, Jan. 6, Schneider and his fellow lawmakers were secured in a confined location, where Schneider said many of his GOP colleagues “adamantly refused to wear a mask.”

“I am now in strict isolation worried that I have risked my wife’s health and angry at the selfishness and arrogance of the anti-maskers who put their own contempt and disregard for decency ahead of the health and safety of their colleagues and our staff,” he said in a press release.

Schneider, a Deerfield resident, serves the 10th District of Illinois, which includes Glencoe and parts of Winnetka and Northfield, and stretches from Des Plaines to the Wisconsin border.

The Democrat is serving his fourth term in the House of Representatives after winning re-election handily in November.

During a congressional session Jan. 6, a mob rallied outside the Capitol in opposition of the presidential election results, which were set to be confirmed by the House that afternoon.

Eventually, hundreds of rioters broke into, vandalized and looted the building.

U.S. Capitol police officer Brian Sicknick died after being beaten by members of the mob. One rioter, Ashli Babbitt, was shot to death by Capitol police, while four other deaths have been attributed to the riot.

Prior to and during the insurgence, hundreds of Congressional members and Capitol staff were locked down in the same room for hours.

Schneider said he is asymptomatic and is isolating “as much as possible” at home in Deerfield.

It cannot be confirmed how Schneider contracted the virus, but the congressman condemned his maskless colleagues and said there should be consequences for refusing to mask up.

“We can no longer tolerate members coming to the floor or gathering in the halls of Congress without doing the bare minimum to protect those around them,” Schenider said in the release. “Those that flout public health guidance should be sanctioned and immediately removed from the House floor by the sergeant at arms for their reckless endangerment of their colleagues.”