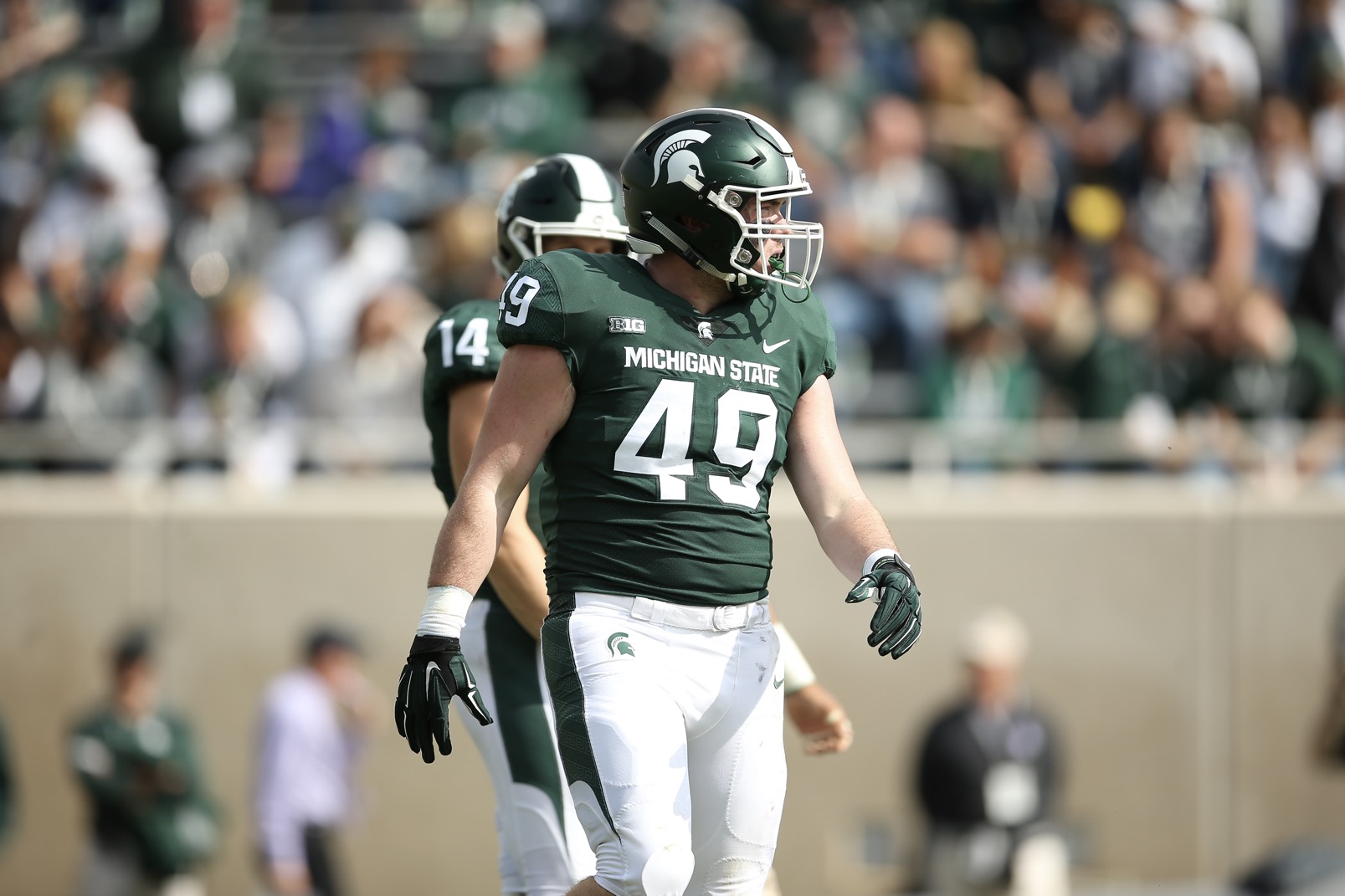 Max Rosenthal is ready to realize his future — with some help from his past.

The New Trier High School alumnus always knew he wanted to play for the University of Illinois. He grew up a Fighting Illini fan after his father and grandfather both attended the school and idolized Illini players.

When he decided in December to transfer from Michigan State, Rosenthal wasn’t sure where he’d end up. But with some luck and help from his former coach Brian Doll, the tight end/fullback fulfilled his dream when he announced Tuesday his decision to transfer to Illinois next season.

“It was always a dream for me as a kid so to have it become reality and accept a scholarship there was just absolutely surreal,” Rosenthal told The Record. “It was an opportunity that I knew I would take on the spot.”

Rosenthal reached out to Doll, who’s coached the Trevians since 2014, to see if his former head football coach could help him with the process when he entered the transfer portal at the end of December.

The two worked to find the right fit for Rosenthal, who is considered more of a traditional fullback, a position some offenses don’t utilize anymore.

So Doll and Rosenthal reviewed different Big Ten programs, as well as others across the country that could use Rosenthal’s skill set.

Then it hit Doll: Illinois.

The school just hired Bret Bielema as its new head coach. The former University of Wisconsin head coach is known for deploying old-school, physical offenses — like ones that make use of fullbacks.

Doll had a connection too. He worked with Illinois offensive line coach Bart Miller’s younger brother when Doll was head coach at Elk Grove High School.

Doll contacted Miller again and sent over Rosenthal’s tape. Miller was impressed and reached out to Rosenthal on Saturday, Jan. 9.

Bielema then called Rosenthal on Tuesday morning, Jan. 12, to offer him a spot on his roster.

The IlliniInquier.com’s Jeremy Werner was the first to report the commitment.

“It’s unbelievable how things like this come full circle,” Doll said, “but they do.”

The decision to transfer wasn’t easy. Rosenthal played four years at Michigan State, joining as a walk-on before earning a scholarship.

He played in 21 games for the Spartans, but did not see much action this past season under new head coach Mel Tucker.

Rosenthal said he has great respect for Tucker and the coaching staff but he realized he couldn’t play the way he wanted in the new offense that didn’t feature him as a blocking fullback.

“It was just time; it felt like a good time to do it,” Rosenthal said. “I had a great talk with Mel Tucker prior to entering the transfer portal and we were just on the same page. He was super helpful through the process and gave me all the tools I needed to feel comfortable entering the portal.”

Rosenthal has two more years left of eligibility, and he will earn his undergraduate degree from Michigan State this spring.

His parents were in tears of joy when he told them over the phone that he was coming home to play for his state school.

And Doll said he could not be prouder of the player and person Rosenthal has become since he graduated from New Trier nearly four years ago.

“It’s been a crazy ride, a lot of ups and downs through my career,” Rosenthal said. “All of the little people, teammates, family, past coaches, current coaches, all helped me get to this point. I’m super thankful because I couldn’t have done this alone.”

He’s ready for his future, with his past by his side.