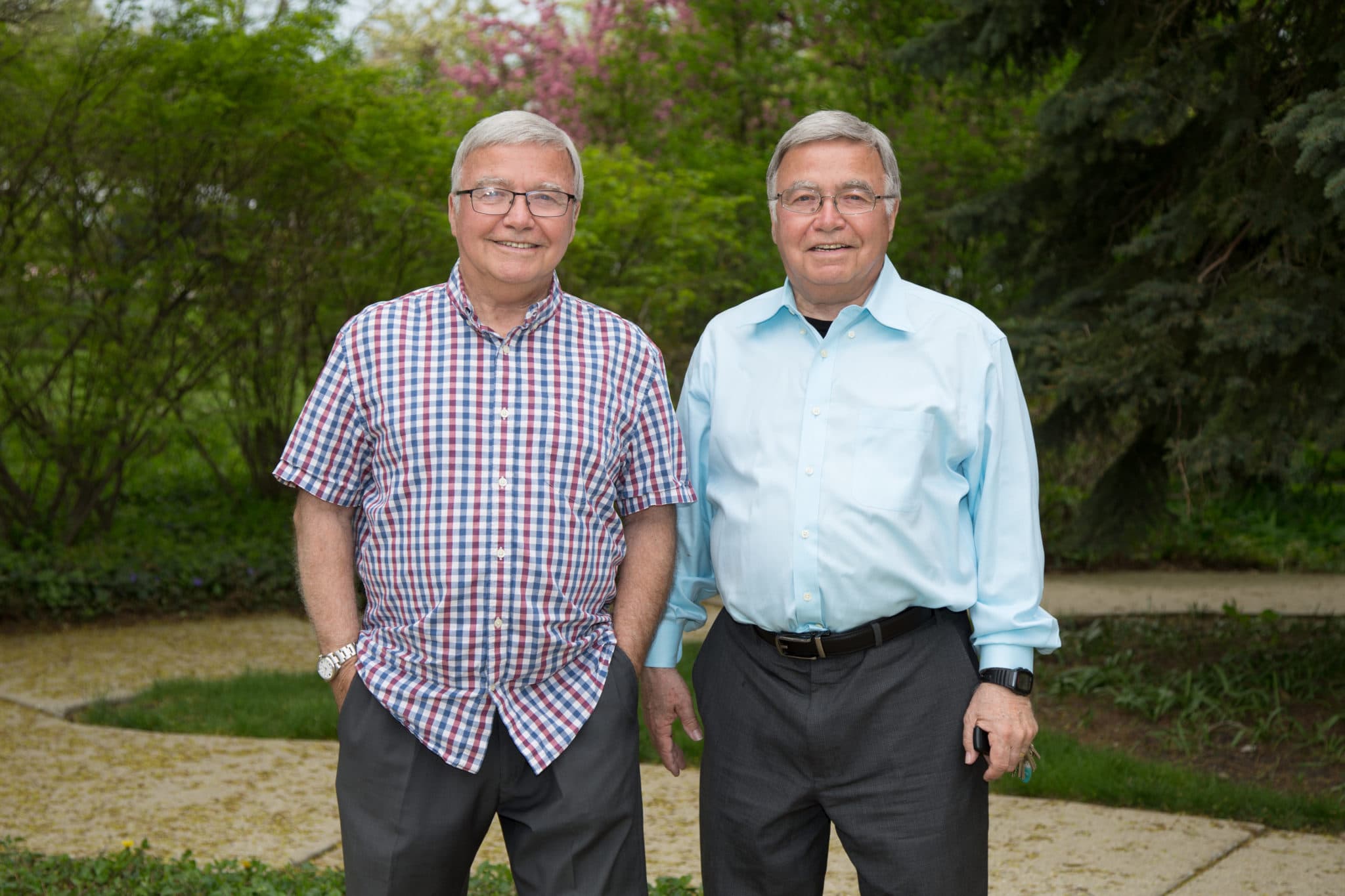 “Eighty-five percent of the world is working, the other 15 percent come here,” he snarled in the clean version.

In their recently published book, “The Twins: A Journey of a Lifetime,” Tony and his twin brother Carl describe the encounter. On New Year’s Day, Tony gave his account to The Record North Shore.

Tony and Carl had become friendly with Cub reliever Bill Caudill and were upset when he was traded to the Yankees the previous season. On this afternoon, the Cubs were off to a terrible start and about to lose another one when Elia went to the mound to talk to the pitcher.

Tony was sitting in the first row, directly behind the stairs into the Cub dugout. As the manager walked back into the dugout Tony sarcastically said to Elia, loudly enough for him to hear, “Why don’t you put Bill Caudill in?”

An hour later, Tony got a call from Carl, who had heard the rant on radio.

And the rest is baseball and radio broadcast history.

That is just one of literally hundreds of entertaining stories the 71-year-old Ruzicka twins recount in their book as they take readers on a wild ride through Chicago sports history.

As the book summarizes: “The authors developed a fondness for Chicago sports and its heroes by the time they reached six years of age. They managed to forge lifelong friendships with many sport legends.”

Evidence of the Ruzicka twins’ remarkable ability to befriend sports stars and track down personalized signatures and memorabilia is hung on every wall of Tony’s cluttered living room.

There are large framed displays of some of the more than 300 signed baseballs Tony owns, many of them he acquired with the help of longtime Cubs clubhouse attendant Yosh Kawano when he worked in the visitors clubhouse.

Tony began to keep score at Cubs “games of importance” that he attended as a season ticket holder for 45 years.

Two of those framed personalized scorecards, hanging on his wall, were most likely the last major league baseball games that will be played in which the two starting pitchers have each won 300 games — Roger Clemens and Greg Maddux.

Another of those framed and signed scorecards is the game in which Sammy Sosa hit his 61st and 62nd home runs in his record-breaking 1998 season.

There are bat racks, too, filled with more than a dozen signed and inscribed bats from the likes of Sammy Sosa, Ryne Sandberg, Andre Dawson and Craig Biggio.

Speaking of Sosa, Tony told the story of how Sosa had two sets of bats — one with a concave end, one with a regular.

“When you put the bat in the rack, with the handle showing, you have no idea if it is convex or concave,” Tony smiled.

What is he eventually going to do with it all, and so much more that is stored away? Eventually, he said, “I’ll give it to my grandson.”

Tony and Carl’s story begins in their childhood, growing up in the late ’50s and early ’60s in Cicero.

The twins, who both still work as accountants in their own firm, were 11 when they saw a picture of Chicago Bears football payer Bill Bishop in the local paper, saying he lived in the town and giving his address and home phone number.

They rode their bikes to his house, rang the doorbell, he was happy to talk to them, and thus began what was to become a lifelong relationship.

“We spent 30 minutes talking hockey with him,” Tony said.

Pilote suggested they might want to talk to goalie Glenn Hall, who lived nearby. They did, and Hall, one of the greatest goaltenders in franchise history, asked, “Do you want to meet Stan Mikita?”

“It was like a chain of events that we ended up befriending everyone,” Tony said. “It was a bygone era. That sort of thing would not happen today.”

Pilote’s wife had suggested to the twins that they write to George Halas to see if they could be clubhouse boys for the Chicago Bears. Sure enough, from 1963 through 1967 they were.

One of Carl’s jobs was to inflate the balls before each game to the prescribed pressure. So when the Tom Brady “deflate-gate” controversy erupted, he had to smile.

“My opinion would be that they probably didn’t do it. If they did, it wouldn’t make that much difference,” Carl said.

Of all the Bears players they got to know, Mike Ditka stood out.

“You could tell he cared. He wanted to win,” Tony said. “He was one of the few guys who would talk to Halas. He’d say ‘you shouldn’t be doing this,’ or ‘I’m not being used properly.’”

When Carl ran into him about a decade later, “I thought it was going to be a five-minute conversation. It ended up maybe an hour. … He was very forlorn. He wanted to get back to the Bears. I told him he should write a letter to Halas and tell him you want to get reconnected.”

Years later, Carl read Ditka’s book, in which he said he had written Halas a letter to that very effect.

The twins remained connected for many years to a number of Bears players from their mid-’60s heyday, as detailed in the book.

Because the twins worked the Bears, they had to switch sports in high school and ran cross country, which they turned out to be pretty good at and helped them get into Yale.

There, they befriended Frank Shorter, who became the Gold and Silver medal winner in the 1972 and 1976 Olympic marathons.

Directly or indirectly through their love of running, and over the decades, they interacted with an extraordinary array of personalities, such as Raquel Welch, author Eric Segal, David Bowie and Mick Jagger. They were blessed by Pope John Paul II on one of their runs. When Tony chatted with a stranger on a lakefront park bench while working out, it turned out to be Gene Pitney.

“I think I sang ‘Town Without’ Pity,” Tony said. “It is just happenstance, and that happenstance has happened a lot.”

At the end of the book, many of the sports stars and celebrities share their memories of the twins.

“Rosey had a special relationship with the twins,” she says. “I remember they corresponded during the offseason. Although Rosey was suffering from memory loss, spending time with Tony and Carl at the Bears 50-year reunion seemed to spark his memory. It was a special evening. I appreciate their care and friendship towards Rosey.”

The twins, in their summation, describe their lives as a “fairy tale.”

“The Twins: A Journey of a Lifetime: Twin brothers’ journey through Chicago Sports History and their recollections of a bygone era” (MindStir Media) is available through Amazon and Barnes & Noble.