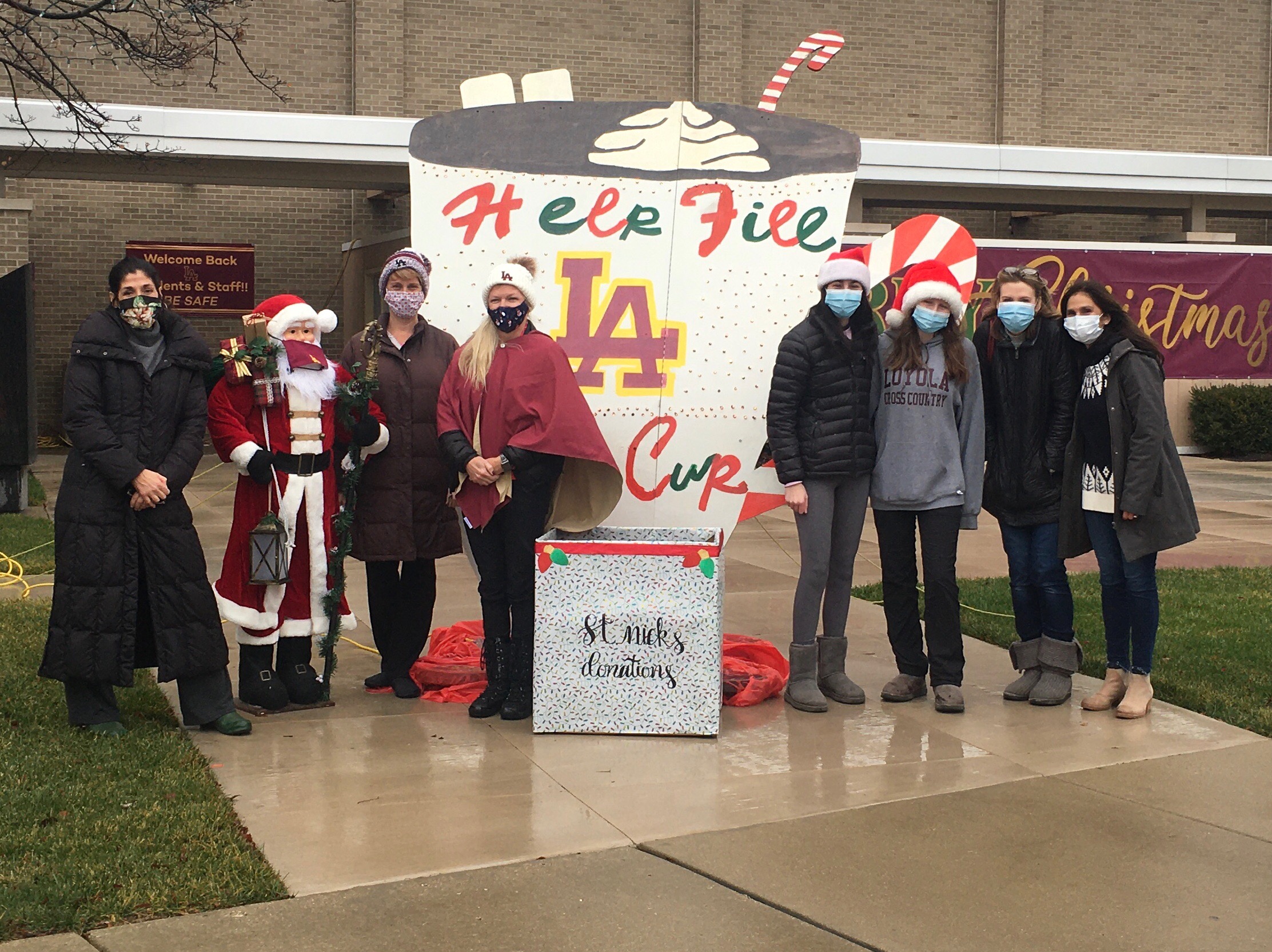 Loyola moms pose with their collection drive tracker, shaped like a cup of hot chocolate, which was "filled" when the drive was over. | Photo submitted

“How are we going to do this?” has been a commonly asked question throughout 2020.

A group of Loyola Academy moms faced that question, too, in regard to their annual holiday celebration.

And they quickly came to an answer

“There was an overwhelming feeling of there are a lot of people in need, a lot of people hurting; we just felt it should be different this year,” said Pamela Werner, the event’s co-chairwoman with Noelle Ethridge.

Instead of a one-night social affair, the parent-group’s St. Nick’s tribute turned into a weeklong charity drive to benefit Catholic Charities of Chicago.

In previous years, the St. Nick’s event features a Mass followed by an hour of shopping for one-day-only items at the Loyola Academy bookstore and then a social gathering.

The group kept the spirit of the shopping alive with a one-night-only virtual shopping experience that still benefited the bookstore and also the drive, as shoppers could add a cold-weather package (gloves, scarf and hat) for a donation to their purchase.

That night, 200 cold-weather packages were donated, putting the drive on the right track to hit its goal of 1,000.

To help everyone visualize the goal, a Loyola parent built a giant cup for hot chocolate that appeared to fill as donations came in.

By the final day, Saturday, Dec. 12, the cup had runneth over, as a drive-up collection event pushed the total to 1,278 donated items, which included gift cards.

“Everybody really responded and thought this was a great way to do it,” Werner said. “This year, in light of everything, it was nice to be able to do something like this.”

And Loyola has found other ways to give back and celebrate during the holiday season.

Students sent Christmas cards to residents of Misericordia and patients at Lurie’s Children’s Hospital, participated in a Tacky Sweater Day, hosted a karaoke even that raised money for charity, gave out 44 gingerbread-house kits and more.