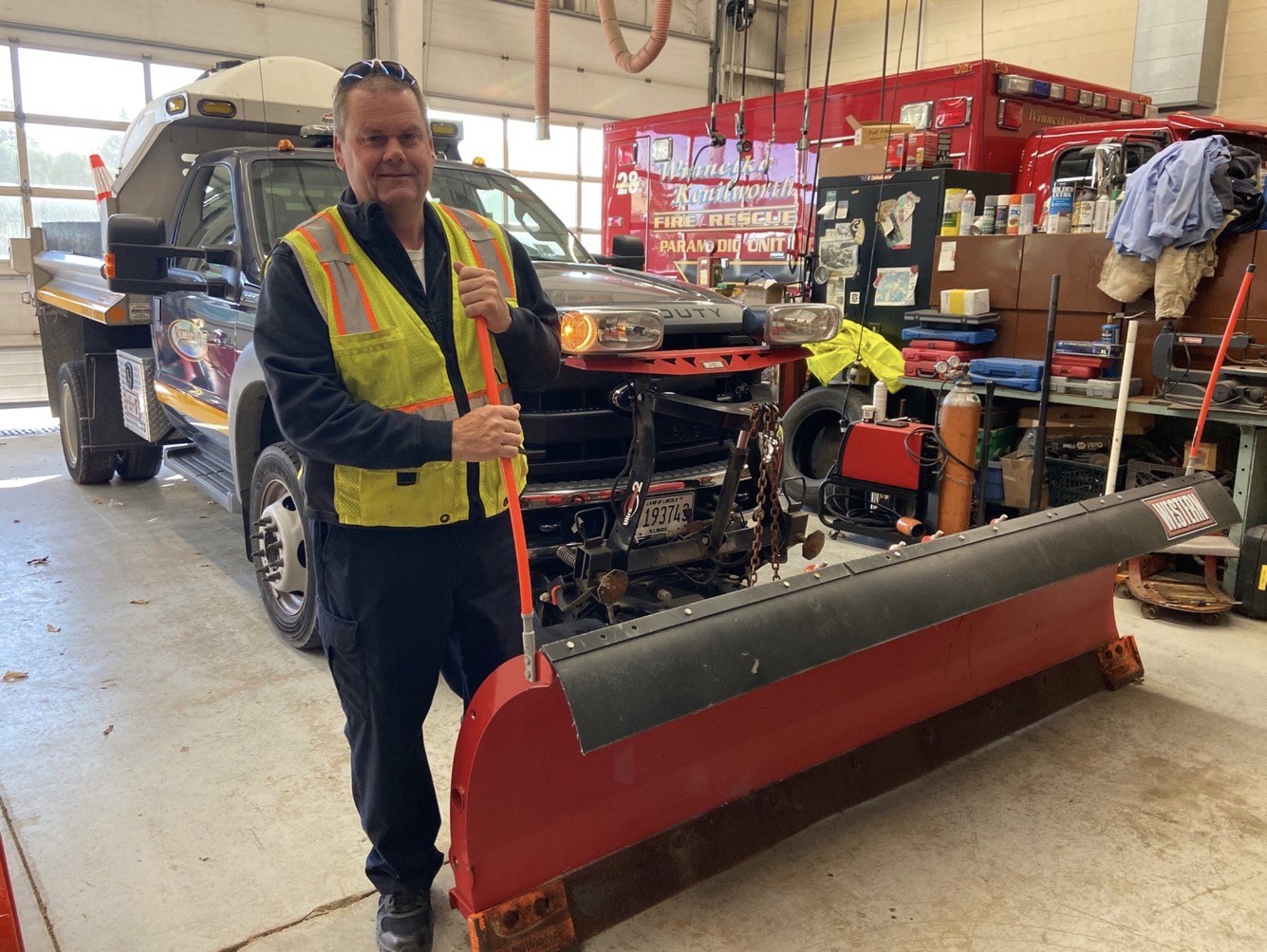 “It’s been a great run. I wouldn’t change anything.”

Anyone who can say that after working for the same employer for 36 years should consider themselves fortunate indeed.

Dick Knudson, who made that assessment, certainly does. Knudson, 54, retires this week as the Village of Northfield’s assistant director of public works and as captain in the fire-rescue department.

“I’ll tell you, it was tough to leave, it really, really was, especially those last couple of days — firefighters are close people,” Knudson said. “That goes for those on the public works side, too. It’s a really great group of people.”

He has a soft spot of his heart for the residents of Northfield, as well.

“I spoke with a lot of residents over the years and l always did the best I could to take care of them with whatever it was they called about,” he said. “I will miss that, and I will miss the pace. It is a pretty quick pace because of what we do. We are always pretty darned busy.”

Northfield is the only community in the area that cross-trains its employees in the public works and fire departments, and Knudson gives the move a big thumbs up.

“We go through the same training,” he said. “It is just certificate after certificate you get. Our guys like the change of pace, and combining departments saves the village a lot of money.”

He’s become a pro at developing the holiday lighting display, too.

He is also an emergency medical technician and responds to 911 calls, many of them from the elderly.

This year, there have been a lot of COVID-19 calls, particularly if the person has tested positive for the virus and the doctor wants them to go to the hospital.

Knudson said they would take them in the ambulance, with everybody “masked up, gowned up and gloves.”

Typically that means six workers are assigned: four in the fire truck and two in the ambulance.

“Some people think it’s too much, but we are there,” he said. “If someone needs CPR, you are going to need at least six people. It really depends on the call.”

Knudson and Wendy, his wife of 29 years and a Tennessee native, have already settled in Cumberland, Tenn., an unincorporated community just south of Clarksville — and no, it is not the Clarksville that inspired The Monkees song “Last Train to Clarksville.”

The couple, who have children ages 25, 23, and 14, sold their house in Northbrook more than a year ago and planned all along to move to Tennessee.

Wendy lost her job at Lewis Floor and Home last spring due to COVID-19 pandemic and has been living there full-time in their new home, while her husband ferried back and forth.

He is already a big fan of Tennessee barbecue and plans to make good use of the smoker his friends back at work got him at a retirement gift.

“It’s good, and I’ll be doin’ some smokin’,” he said “But Tennessee pizza: not so good. There’s nothing better than Chicago pizza. We are going to miss that.”

One thing he is not going to miss are the irregular hours and the on-call nature of the job.

Knudson said he is not looking to stop working, just to dial it back a little bit.

“There’s a volunteer fire department down here in Cunninham and I am going to look into getting on,” he said. “I don’t want to sit on my rear end here. I gotta do something. I’ve gotta get out.”

The village paid thanks to Knudson in a social media post honoring his tenure.

“Dick always put his heart into his work- whether it was repairing watermain breaks, snow plowing, developing the holiday lighting display, responding to 911 calls, or anything else on his long list of duties,” the post reads. “The Village is thankful to have had such a wonderful team member!”