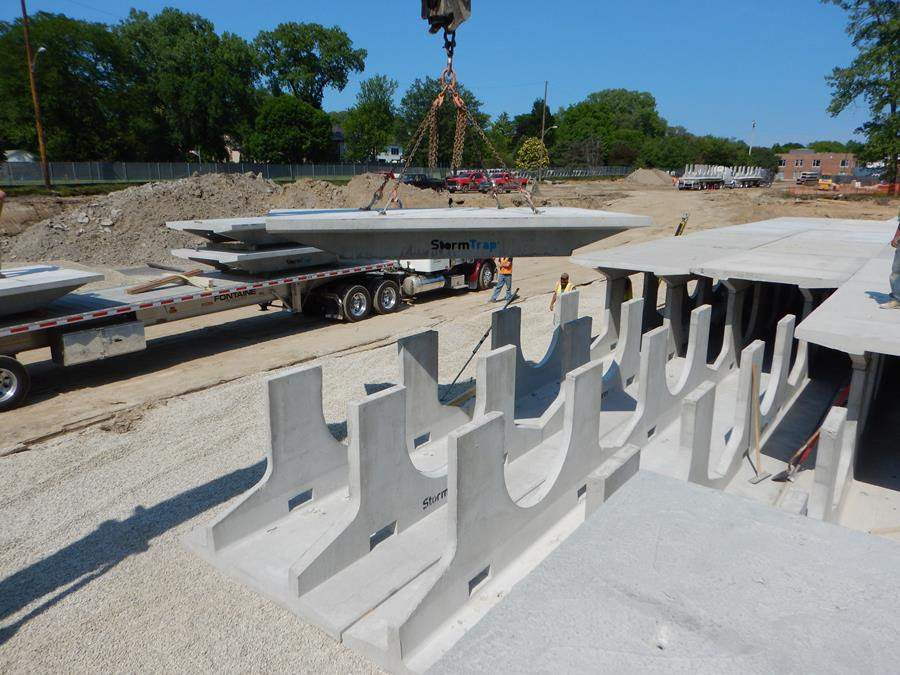 The second phase of Wilmette's Neighborhood Storage Project is moving forward following the approval of two construction contracts on Dec. 22. The first phase of the project involved stormwater management work at the Community Playfield. | Photo courtesy of Wilmette

The Village of Wilmette’s largest public works infrastructure investment is progressing toward its second phase.

Wilmette’s Village Board approved two contracts related to the second phase of the Neighborhood Storage Project, which relates to stormwater management work at Hibbard Park, during its Tuesday, Dec. 22 meeting.

Brigitte Ann Berger-Raish, Wilmette’s director of engineering and public works, told the board that Phase 1A of the project, which consisted of sewer work in right-of-ways, is 100 percent complete.

All work in Phase 1 is “substantially complete,” she added, saying that the majority of work in this phase was the installation of an underground, 6-million-gallon vault under the Community Playfield in Wilmette.

In addition to providing flooding relief, work at the Community Playfield will address drainage problems in the southeast portion of the park, officials said, reducing standing water and making the park more usable.

All of the work at Hibbard Park will be done in 2021, Berger-Raish told the board.

Installation of the vault at the park will begin in mid-January, and officials are expecting work to be completed in June.

“The reason (a June completion date) is important is because we want to get two full growing seasons for the newly seeded grass that we’ll be restoring at Hibbard Park,” said Berger-Raish, adding that the park district will have full use of the park in the spring of 2022.

Phase 2 sewer work will begin in March and has a competition date of October 2021, officials said.

The village is hoping to conclude work at Thronword Park, the location for Phase 3, in 2022.

Wilmette’s Village Board first approved the project in 2018. Less than one year later, the board approved an optimization of the project, which brought the level of protection up from 71 percent to 98 percent for structures that are vulnerable to flooding on the west side of Wilmette, officials said.

At the time of the optimization approval in 2019, the village anticipated the project would cost $68 million. Berger-Raish told the board that as of today, the village is just shy of $4 million under budget, adding that “we’re definitely headed in the right direction.”

The project is funded by a stormwater utility fee that went into effect Jan. 1, 2020. Details on how the fee impacts individual homes can be found here.