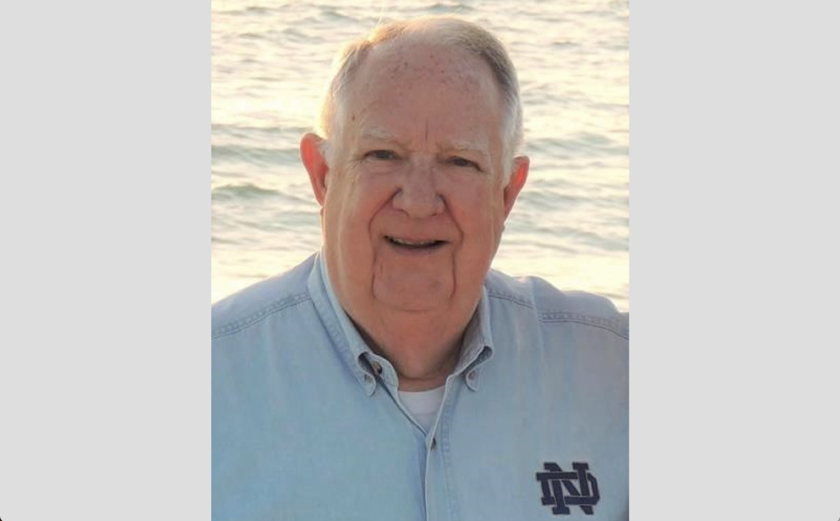 Longtime Northfield resident Pat Doherty served on multiple village boards and was "somebody who could always be counted on to speak on any issue." | Photo Submitted.

By all accounts, Pat Doherty was a man deeply devoted to his community, his church, and above all, his family and friends.

And you always knew where he was because his bright red Cadillac with the “ND 58” license plates was impossible to miss.

The longtime Northfield resident, who died Nov. 13 at age 83, served his town as a village trustee, Northfield Caucus chair and Zoning Board of Appeals member.

“He did a great job in everything he did,” said Village President Joan Frazier during a moment set aside to commemorate Doherty at its Dec. 1 meeting.

“He was somebody who could always be counted to speak on any issue, whether it was the village or church or library. He was a voice on behalf of the community. He was really an ombudsmen of sort. He always did it in a very kind way, but he was forthright and he was thoughtful and we will miss his voice.”

Most recently, Doherty served on the zoning board, where he delighted his fellow board members with his fashion sense.

“He always wore a Hawaiian shirt to meetings,” said John Goodwin, who served with him on the board. “He was a real fine individual.”

Trustee Charles Orth recalled Pat as a man “who always did his homework,” regardless which board he was on.

On the zoning board, that meant going to every property under discussion so he could see the facts for himself.

“He was very passionate about the village of Northfield and its residents and everything that was going on,” Orth said. “It’s a great loss for the community.”

“On a fairly regular basis he would send emails to the village because he had noticed something nice happening in the village: new lights, flowers or whatever the change may have been,” Frazier said.

Pat grew up in Mount Lebanon, Pennsylvania. He flashed his salesmanship skills at a young age, his daughter Nancy Detlefsen noted, when he traded a pair of his socks for his little brother’s bedroom.

He graduated from the University of Notre Dame in 1958, hitchhiked to Chicago, and met the love of his life, Jeanne, at a Saints & Sinners party.

Their first date was at O’Neill’s on North Avenue on New Year’s Eve, 1964.

Pat launched his career selling advertising for the Chicago Tribune, Good Housekeeping and U.S. News, then started his own business, Doherty & Company, a publishers’ rep firm.

He later served as president of the Chicago Magazine Association.

As a parishioner at St. Philip the Apostle Parish since the early 1970s, he chaired a fundraising campaign to raise $300,000 for the church; served as a lector, usher and greeter; and was a regular at pancake breakfasts, St. Pat’s Day dinners, and numerous other social events.

“The church was just a huge part of my parents’ lives,” Nancy said. “It’s where they made so many of their closest friends.”

Pat also chaired the Loyola Academy Ramble in 1989 and served as a board member of the Eagle’s Nest Resort in Marco Island, including president for three years and newsletter editor.

He could also be counted on for many years to join his wife Jeanne selling tickets for the 4th of July events.

“He was the best of Northfield and St. Philip, a man who will be greatly missed,” said his close friend Jerry Digani in an online posting.

Pat and Jeanne enjoyed travels throughout the United States and Europe for many years. He always supported his children and grandchildren as their biggest fan, attending countless sporting events, concerts and activities. Along the way, he served as Cubmaster for Pack 17.

“He was always there for us,” Nancy said.

A Pittsburgh Pirates fan by birth, he adopted the Cubs and Bears as favorites. But the Fighting Irish always remained No. 1 in his heart, and he organized many recent reunions for the Notre Dame Alumni Association.

Private Catholic Mass was held at St. Philip the Apostle in Northfield on Nov. 21.

Pat Doherty was the husband of Jeanne (nee Houlihan), father to Dan (Laura), daughter-in-law Anne, and Nancy (David) Detlefsen. He was the brother of Brian (Jeri) and sisters-in-law, Barbara Doherty and Fran Fogarty; grandfather of Patrick, Maggie, Jimmy and Kevin Doherty, Danny, Michael and Annie Doherty and Erin, Evie and Cooper Detlefsen; uncle to many nieces and nephews and long-time friend to many. He was welcomed into Heaven by son Brian, parents Jim and Evelyn, brother Mike and dear family and friends.