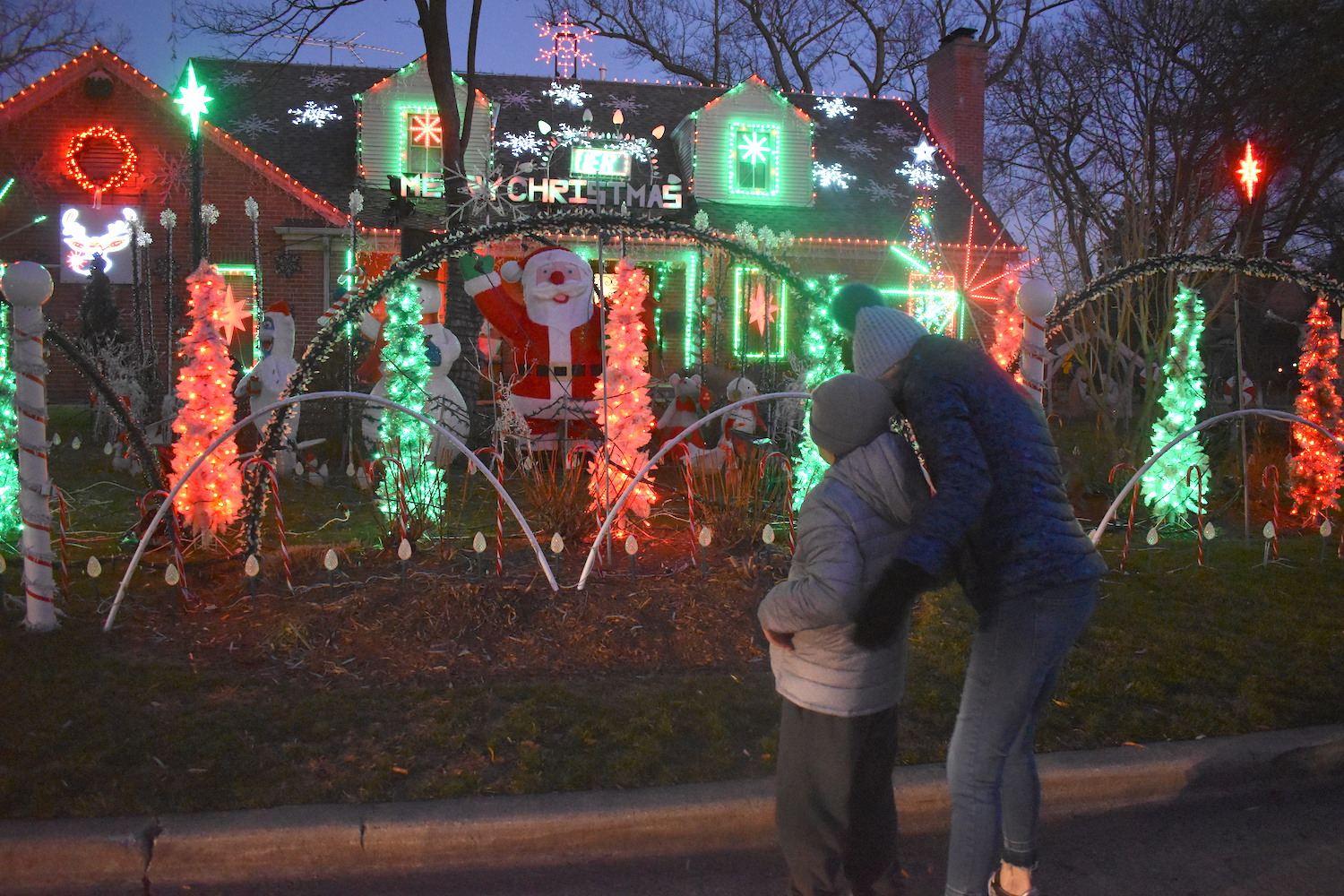 The list of things that disappeared in 2020 is long enough. Christian Tingle and Steve Maris would not add to it.

The two maestros of merriment were both considering retiring their beloved musical, synchronized holiday displays. Tingle even announced last winter was the final run for Christmas on Evergreen.

But then, 2020 brought a lot of stress and ugliness into the world, and as harbingers of holiday happiness, Tingle and Maris each felt their work was necessary.

“2020 has sucked enough for everybody,” said Meg Maris, the Mrs. Claus of Christmas on Cleveland. “We had to get the lights up and going and give Christmas cheer to everybody for that reason and that reason alone.”

Tingle is a junior at Case Western University in Cleveland who has been putting on a light show at 145 Evergreen Lane in Winnetka since before high school.

With his studies ramping up, he decided to call it quits last year — but the consequences of COVID-19 brought his show, Christmas on Evergreen, back once again.

“It was a spontaneous decision and the perfect storm of conditions,” said Tingle, who drove home before Thanksgiving and set up the decorations in the day and virtually took his classes in the evening.

In about two weeks, on Nov. 29, Christmas on Evergreen was up and running. It didn’t take long for folks to notice.

Families seeking a joyous and safe respite from COVID house arrest have flooded community streets in search of holiday cheer.

And more than ever, Tingle can’t believe the attendance so far.

“It’s been crazy. There’s more traffic than ever,” he said. “There’s a line down the street.”

Same goes for Christmas on Cleveland, located a few blocks south at 1200 Cleveland St., in Wilmette.

The Maris family is getting more notes than ever, as excited youngsters scribble thank yous and fold them into the mailbox.

“It’s really, really cute,” Meg said. “It brings you back to what Christmas spirit is all about.”

Last year was really special to Christmas on Cleveland, as the Maris family raised funds in honor of a sick loved one.

While the holiday display usually coincides with a fundraiser, Meg said not this year.

“We figured we’ve asked for money every year and this year sucks for so many, we’ll just have people come and just enjoy the show,” she said.

This time, it really is the final year for Christmas on Evergreen.

Tingle said the time commitment has become too much during an important time of the school year.

Once again, Christmas on Evergreen is raising money for the Make-A-Wish Foundation. So far, more than $6,000 has been raised, making nearly $70,000 raised since 2013.

The fundraising is personal for the Tingle family this year, and on Saturday, Dec. 19, donations at Christmas on Evergreen will go toward the Lymphoma Research Foundation in memory of their neighbor Eric Cohen, who died earlier this year.

Christmas on Evergreen runs from 4:30-10 p.m. Monday-Thursday and until 10:30 p.m. Friday-Sunday. On Christmas Eve and Christmas Day, the show will run until midnight. Music streams on 98.9 FM.