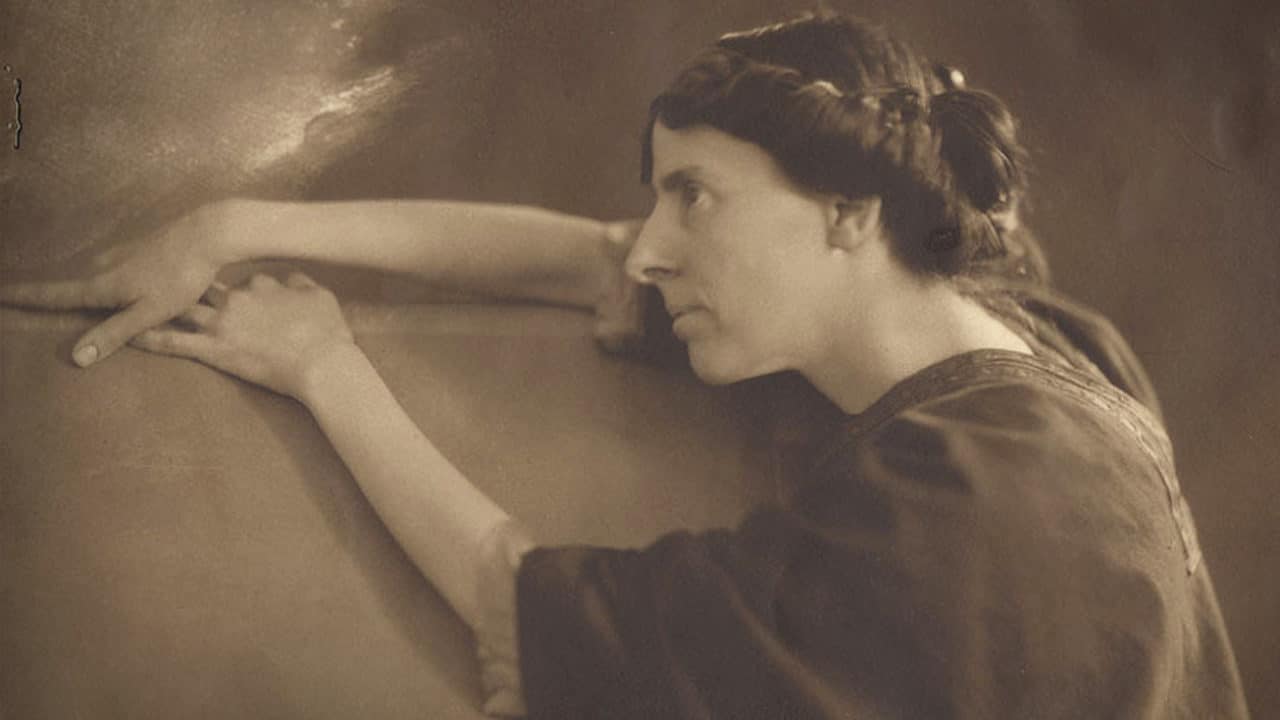 Marion Mahony Griffin lived in Winnetka for 20 years and was the first licensed female architect in the nation.

When Frank Lloyd Wright was pitching his architectural services to prospective clients in the 1890s, there is a good chance the exquisite watercolor-on-silk architectural renderings he was using to make the sale were done by his assistant, Marion Mahony Griffin.

Griffin, a resident of Winnetka for 20 years and the first licensed female architect in America, will be the subject of a virtual presentation by the Winnetka Historical Society from 7 to 8 p.m. Thursday, Dec. 10. Go to www.winnetkahistory.org to register for the free event.

“Marion was an impactful woman who played a crucial role in the history of architecture and received no credit because of the fact that she was a woman,” said Mary Trieschmann, the historical society’s executive director. “She was leveraging her skills and creativity in a time when the odds were against her. That bravery and perseverance are something that should be admired.”

The presentation is being made by Jan Pavlovic, a former society board member, docent and museum tour guide, who first saw Griffin’s work in an exhibit at Northwestern University’s Block Museum.

“People familiar with her work can pick them out because the kind of detail work she did,” Pavlovic said. “Her architectural drawings were always very much set in the landscape, which she defined very specifically in terms of what plants there were, the trees. Sometimes she would put people in them so the place they were trying to promote would look particularly good.”

Griffin was born in 1871 in Chicago, but months later her family was driven by the Great Chicago Fire to live in what is now known as Hubbard Woods.

In her memoir, “The Magic of America,” she wrote of the vast natural beauty of the area that would later inspire her.

In 1881, the family home burned down, and they moved from place to place in Winnetka.

A family friend financed Griffin’s education at the Massachusetts Institute of Technology, and in 1894 she became only the second woman to graduate from there.

She then returned to Chicago and joined her cousin Dwight Perkins’ architectural office. Because Illinois was the first state to license architects, when Marion obtained her license to practice architecture in Illinois, she became the first woman to be licensed as an architect anywhere.

They shared office space with many architects at Steinway Hall in the Loop, among them: Frank Lloyd Wright.

When he opened up his own studio in Oak Park in 1895, Griffin was his first employee, became his chief draftsman, and created the renderings and landscapes that became known as a staple of the Wright style, for which he never gave her credit.

In 1901, Walter Burley Griffin joined Wright’s studio. Marion and Walter married in 2011 and collaborated on many projects, for which he gave her credit.

They soon moved to Australia, where they planned to execute their award-winning plans for that country’s new capitol city, Canberra. The project never materialized, and further travels, separation, reconciliation and his death followed.

She returned to Chicago and was unable to find work as an architect in the midst of the Depression. Instead, she compiled “The Magic of America,” which included 1,400 pages and 650 illustrations detailing her and Walter’s working lives. It was never formally published but is available in several forms and is today considered a masterwork.

Hobbled by senility, Griffin died a pauper’s death in Cook County Hospital in 1961 at age 90.

But because of her book, and the dogged affection of the architectural community, her legacy has been revived in recent decades, including the naming of a park on Jarvis Avenue in Rogers Park in her honor in 2015.

“She is getting credit now and I hope that somehow she is aware of that,” Pavlovic said.