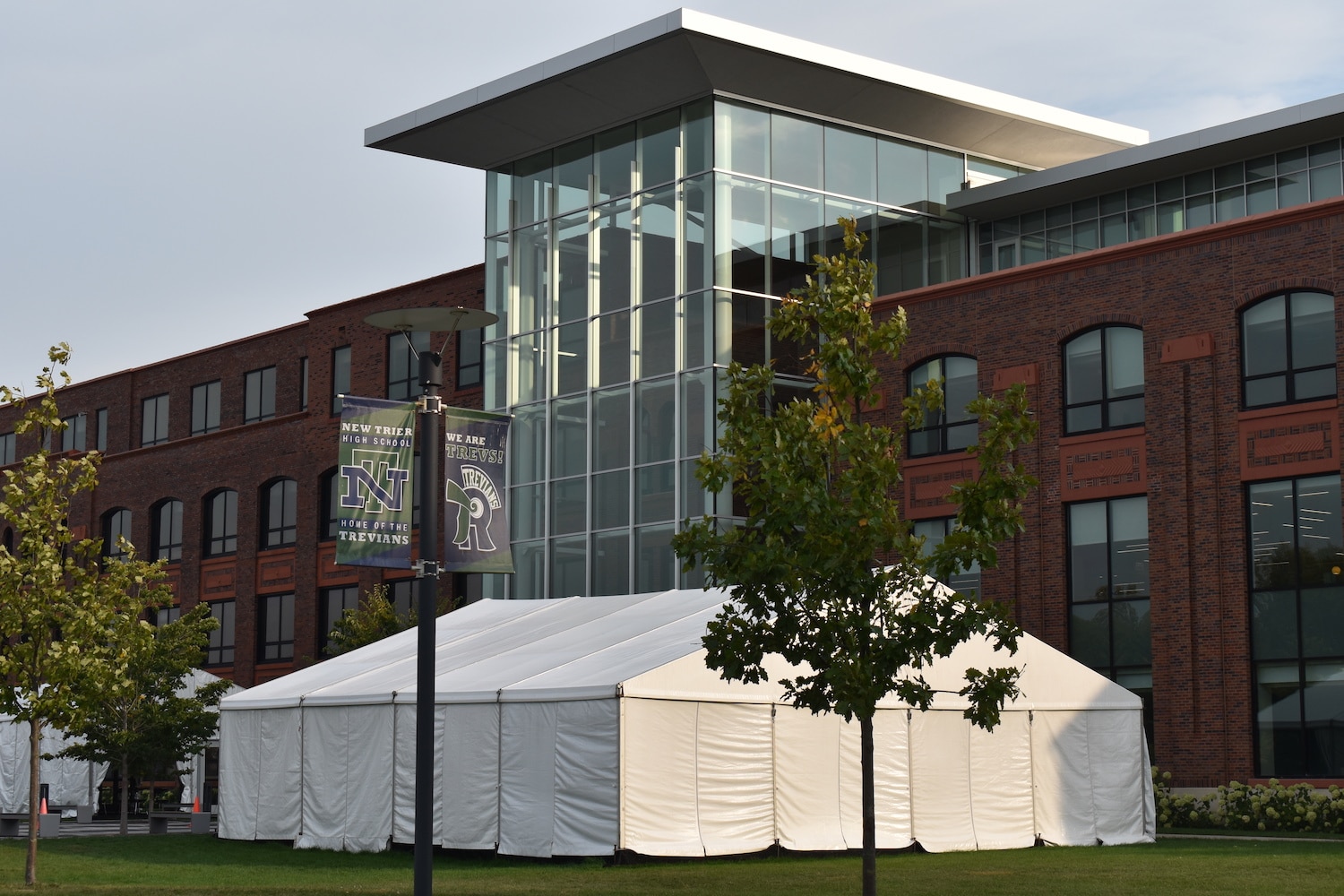 New Trier High School will immediately start adding students to its in-person instruction under a new plan that officials called a “compromise” that will lead up to 50 percent on-site learning by Jan. 26.

The district’s board of education approved the measure during a special meeting Tuesday, Dec. 1. The plan, which was first presented to the board by Superintendent Paul Sally’s plan on Nov. 24, will get students on “Track E” — those who benefit most from in-person learning — into the classroom before allowing in-person learning for two tracks of students near the end of January.

Before the two-track model begins, the goal is to accommodate 1,200 more students on campuses per week, Sally said during the meeting.

Those additional 1,200 students will be divided into various tracks and will have additional in-person learning opportunities.

Under the current learning plan, the average track at the Winnetka campus consists of 725 students. The approved expanded Track E plan will increase that number to approximately 975 students at Winnetka, according to data presented by the administration.

At the Northfield campus, approximately 50 more students will be added to each track, capping the maximum attendance per day at just over 300 students.

The district’s two-track model will set a maximum daily attendance of 1,174, or 39.3 percent, at the Winnetka campus and 448, or about 43 percent, at Northfield.

Although board members unanimously approved the recommended plan from Sally, it was not the first motion on which they voted that night.

After significant discussion from all members of the board, Carol Ducommun motioned to vote on expanding in-person learning to 50 percent capacity starting Monday, Dec. 14, as opposed to Sally’s recommendation of the week of Jan. 25.

Before voting on either of the motions, the board dedicated more than an hour of discussion to the possible options.

Several members of the board expressed concern regarding winter break and the presumed increase in COVID-19 cases that it will cause, while simultaneously signaling support for a more gradual increase to on-campus students.

Ducommun said she disagreed with the notion of heavily weighing what-if scenarios and preferred the board act sooner rather than later.

Robitaille agreed with Ducommun’s perspective. He said that he believes there may be an “internal inconsistency” among board members if the board states its concerned about what a COVID-19 surge might do to the school, but also maintains a position of high confidence and willingness to spend $1 million on a testing program that he classified as highly reliable.

“It’s inconsistent to say we’re going to spend all that money and that we believe in the test, yet we won’t trust it,” he said.

Albrecht, the president of the board, said that she does support adding more in-person students to both schools but believes that it should be done responsibly and in a manner that is sustainable.

“I think that the sustainability of this plan is especially important and that it ramps up and continues to ramp up,” she said. “But doubling this, basically a week from now or two weeks from now, I just think that is a lot to adjust to.”

“ … We’ve looked at all the other schools around us that are in an adaptive pause because they went too fast. Granted, we have the saliva test, but even that, to double our testing in a week or two, that is going to be a lot to get used to.”

Several board members believe that the new Track E plan is a compromise that will allow the district to maintain a path to 50 percent learning at the end of next month.

Board member Brad McLane described the recommendation as a “measured, rationale and thoughtful approach.”

Jean Hahn, who is the board’s liaison to the district’s Reopening Advisory Board, said she believes the best outcomes are born from the tension of differing viewpoints, also saying the expanded Track E approach is a type of compromise.

“At the end of the day, addressing those concerns as a compromise is really going to be the best way to meet the needs of our students,” she said, “and not rushing them in so we get those numbers in because being physically in the building isn’t what it’s all about. It’s being in the building, particularly for these struggling students, and making connections with the caring committed adults that are here to help them. They need to be able to feel like they can do that and do that well.”

After the learning plan vote, the board revisited the potential of requiring participation in the district’s saliva-based screening program for all students who want to learn on campus.

All seven members of the board last week showed support for doing so and that support carried over to the Dec. 1 meeting.

District administrators said they need to fine tune more details before going forward with mandating participation for staff members. The board expressed more hesitation in making the process mandatory for staffers.

Hearing from the community

The public-comment portion of the meeting concluded with 21 members of the public addressing the board.

Thirteen of those comments were geared toward increasing the district’s in-person learning model to 50 percent.

One of those 13 comments was a current New Trier senior who was brought to tears while addressing the board. She said she used to be so proud to be a Trevian but that it’s extremely difficult to feel that while learning remotely, adding she has lost part of her school spirit.

Several current New Trier educators also addressed the board, and multiple expressed the need for consistency for both students and teachers.

Alfred Estberg, an 30-year educator at the district, said teacher morale is crushed.

“We are vilified, we are told that we are lazy, told that we are replaceable and told that we are getting off easy,” he said. “Our morale is shot. After 30 years, I have never felt such a sense of defeat among faculty feeling beat down to a low far below a low to any moment before in my 30 years.”