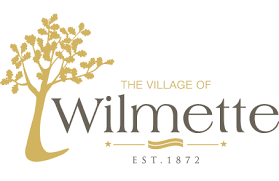 The Village of Wilmette was staring down a financial burden before this year, and then, well, 2020 happened.

Village officials are now grappling with how to solve both short- and long-term funding concerns that are expressed in a 2021 budget proposal set for a public hearing and Village Board vote on Tuesday, Nov. 24.

The effects of COVID-19 led to the Village losing about $800,000 in projected operational funds in 2020, as revenues fell $1.5 million below expectations and expenses dropped $700,000, according to village documents prepared by Village Manager Michael Braiman.

Braiman and company are expecting COVID-19 consequences to spill into 2021, as well, leaving Wilmette with a budget that requires $1.85 million in reserve spending.

The pandemic has dented and will continue to dent major Village revenue streams, such as local sales tax, the hotel tax, state income taxes and even building permit fees.

For the past three years, however, the Village of Wilmette was already seeing negative growth from its non-property-tax revenue. The COVID-19 effect has only accelerated an emerging structural deficit.

“The main reason is that our revenues — non-property-tax — for the past three years or so have declined or stagnated while expenses to provide services continue to increase,” Braiman said. “The imbalance grows each year. We want to really take our time and be thoughtful in studying it to limit the impact on residents, not just financial but in services as well.

“We have to work through those issues before we determine what impact there will be on residents and business owners. It’s too early to tell at this time.”

Braiman said the Village will have more budget sessions in 2021 to workshop ideas to stem the financial losses.

Fortunately, the Village of Wilmette, which has the highest bond rating from Moody’s, owns healthy account balances, allowing it to cover immediate deficits without jeopardizing long-term stability, Braiman said.

According to village documents, the General Fund balance is estimated to close 2020 at $11.75 million, about 35 percent of the year’s revenues.

The largest contributor to the General Fund is Wilmette property taxes, which are budgeted to grow by $437,000 thanks to a proposed 3.97 percent tax levy. The levy is also on the agenda for Tuesday night.

If the levy is approved, households in the village can expect to pay $75 more on average from the Village portion of their property tax bill. The average is based on a the town’s average property tax bill of $15,000, Braiman said.

Households will also see an increase in stormwater fees of $31 on average, in a measure already publicly discussed by the board of trustees. The fee increase will cover $1.43 million of debt service already issued by the Village for Phase II of the Neighborhood Storage Improvements.

The storage improvements, for stormwater collection across the village, is the largest of a number of capital projects in 2021 that total $31.2 million, according to village documents.

Over the next 10 years, the Village has $90 million tied to major projects, which includes the construction of a new police station that first was proposed in 2008 and is tentatively planned for 2027.

Another major annual expenditure is the Village’s pension contributions. The budget includes $6.08 million in payments to police and fire pension funds. Part of the total will be covered by tax levy funds.

About 12 percent of property taxes filter to the Village of Wilmette, with local schools taking the largest proportion at more than 60 percent.

Property taxes make up 33 percent of the Village’s operating revenue, and 70 perfect of that revenue goes to personnel, village documents say.