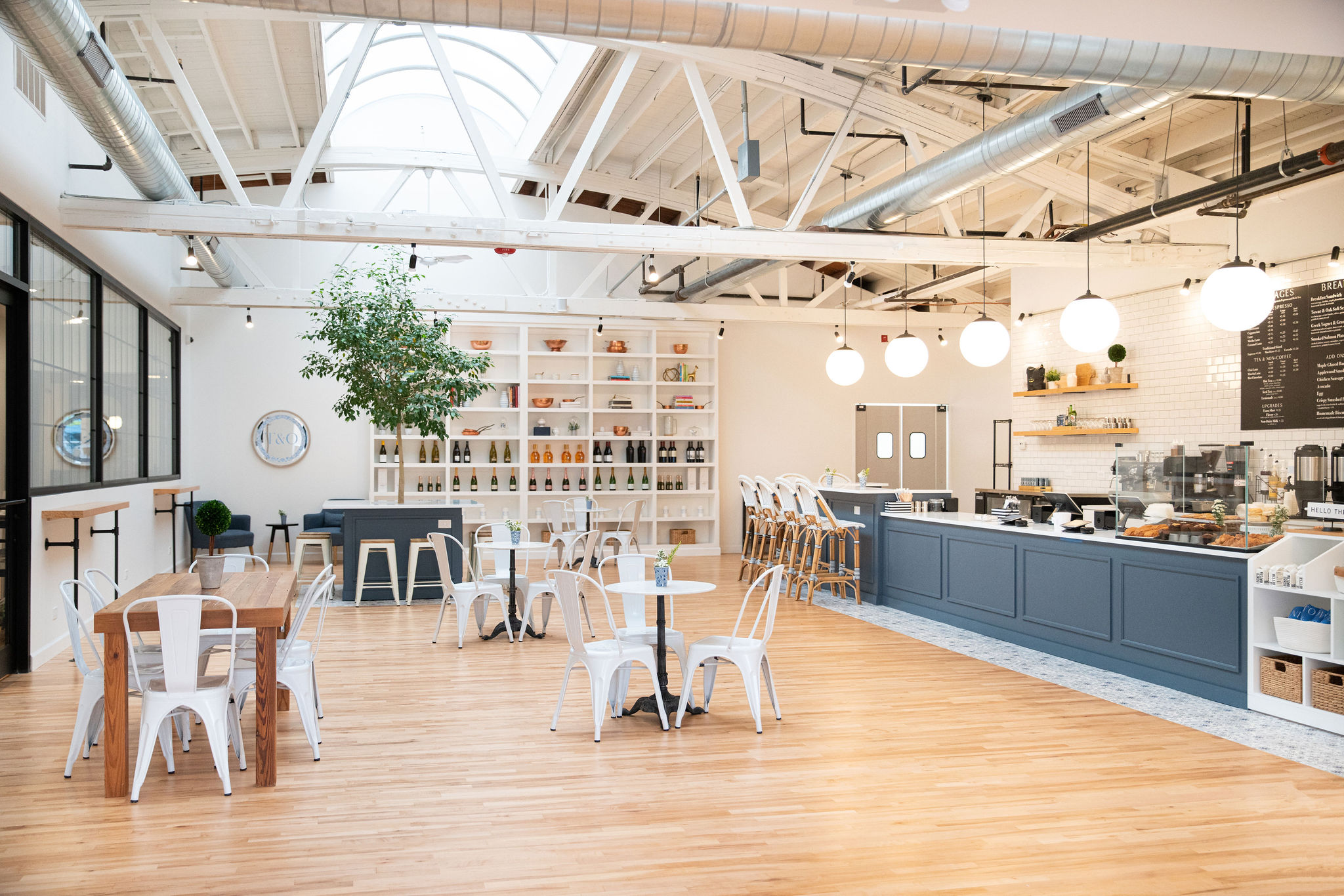 When it came time for Vazquez, who owns a catering company called Boutique Bites, to leave her West Loop headquarters and find a new home for her culinary talents, she sought a sense of community.

Shortly thereafter, a space in the now-bustling Hubbard Woods Business District of Winnetka became available — and the inspiration for her latest venture was born.

Vazquez brought her vision to life late with in October at Towne & Oak, 1921 Green Bay Road, the newest addition to Winnetka’s dining, catering and event scene.

Although the recent COVID-19 mitigation measures that restrict indoor dining have added challenges to Towne & Oak’s debut, Vazquez couldn’t be more excited by the community support the cafe is receiving so far.

“The dining restrictions went into effect the day before we opened, so that was a little difficult. But so far the response from the community has just been so great and so welcoming,” she said. “We’ve been getting a lot of online orders and takeaway orders and it’s been really, really good.

“There’s been a nice little buzz. …  It’s been better than we expected given all of the restrictions.”

Vazquez said her intention when designing Towne & Oak’s menu was to keep it “casual and easy” and create a place where patrons felt they could eat multiple times per week.

Some of the early favorites thus far are the BLT tartine, chicken taco bowl and honeycrisp apple salad, Vazquez said. She also expects more menu items in the near future.

“We’re expanding the menu as we go along,” Vazquez said. “We’ve only been open three weeks but we already have plans to add to it.”

Towne & Oak’s interior can seat up to 85 people during nonpandemic times and its event space can hold up to 150 guests, meant for rehearsal dinners, bridal and wedding showers, birthday parties, corporate dinners and smaller-scale weddings, she said.

Vazquez described the interior design of the cafe as “Napa Valley meets Nantucket.” She added that a hope was to keep the feel of the space bright and inviting to guests.

A veteran in the restaurant industry, Vazquez started her catering company a dozen years ago and has been cooking professionally since high school. She’s previously worked several highly regarded restaurants, including the three-Michelin-Star Joël Robuchon at the Mansion in Las Vegas.

Although her resume is lined with experience, her inspiration to become a chef came from an unusual source: the popular classic sitcom “Three’s Company.”

The song lyric, “Come and knock on our door, we’ve been waiting for you,” from the show’s signature opening is painted on one of the interior walls of Towne & Oak.

“When I was very very young, I saw every episode of ‘Three’s Company’ on re-runs and because of that show I wanted to be a chef,” she said. “And I just decided that’s what I wanted to do. … I became a chef honestly because of Jack Tripper on ‘Three’s Company. I always put that (line) everywhere we go; it’s my little homage to Jack.”

As Vazquez now serves in more of the owner role than her usual chef position, she’s thankful the community has come knocking on her door.

“The community has been so wonderful,” she said.  I don’t think I knew what to really expect and so pretty much from the moment that we were approved by the village … we have been received so well.

“We’ve already started to have a lot of regulars, which is really great. I couldn’t be more thrilled with where we decided to do this.”