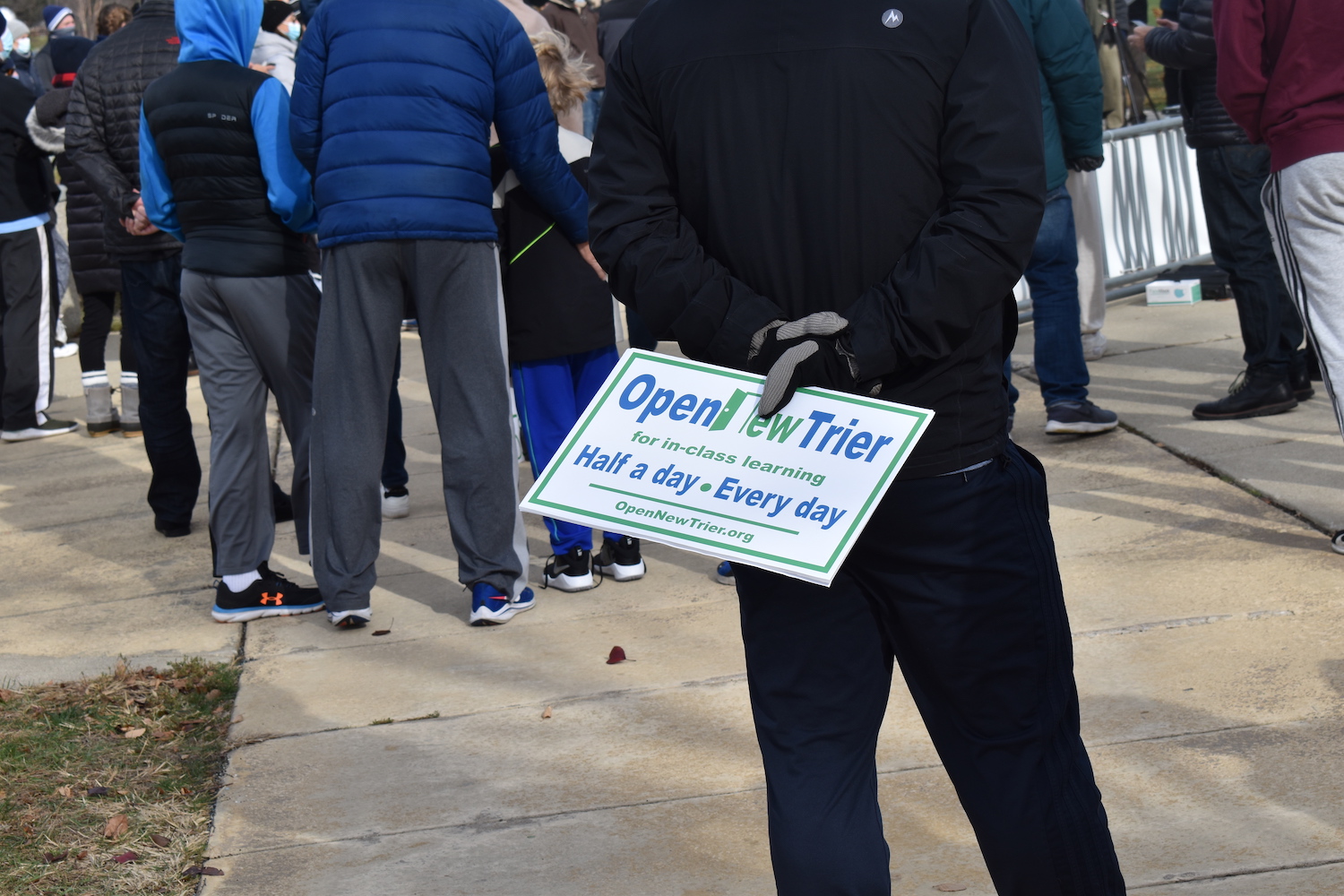 After nearly two hours of board discussion on top of 16 public speakers, the New Trier High School Board of Education scheduled two special meetings that will likely occur this month to further discuss the potential of advancing to 50 percent in-person learning.

The first meeting will take place on Tuesday, Nov. 24, with the second likely taking place on Monday, Nov. 30, Superintendent Dr. Paul Sally said during the board’s Monday, Nov. 16 meeting, but they were not officially scheduled.

Sally, and members of the board, expressed the need for additional data before deciding if and when a shift to 50 percent would occur.

“I think there needs to be two significant updates and discussion with the board to be honest,” Sally said. “… But I feel like in a week, this just needs to be looked at and understand what holes and what other information you might need. And then I think we would need to have another meeting on Nov. 30.

“But I think (meeting) on Nov. 23 or 24 lets us have … a more substantive discussion about the data that you’re looking for that (we’ll) put together.”

The district first went to the hybrid model on Oct. 6, but four days later, paused the program for four weeks in response to a surge in COVID-19 cases at the local and state level. The board of education voted unanimously Nov. 4 to return to the 25 percent hybrid model thanks to the emergence of saliva-based COVID-19 screenings.

During their Nov. 4 meeting, board members targeted the week of Dec. 7 as an assessment point to decide whether a shift to 50 percent in-person learning was possible.

Sally, during the Nov. 16 meeting, expressed interest in making that decision in advance, like Nov. 30, as opposed to just a few days prior to the board’s initial target.

Four of the 16 public speakers Monday night were New Trier students, and all of them supported the district’s faculty, urging the board to not replace staff members who are hesitant to return for in-person learning.

Jen McDonough, president of The New Trier High School Education Association, said the organization continues to support in-person instruction that is safe and effective for students and staff, but asked the board and the administration to prioritize students with the highest needs and consider general COVID-19 data in addition to metrics from the saliva screening.

Nine parents addressed the board, all of whom spoke in support of increasing in-person learning options.

Several members of the board pressed to have data available on the four-week period of 25 percent in-person learning before deciding if they would support an increase to 50 percent. That data would include additional updates on the district’s COVID-19 saliva screening program, student attendance and consideration if there is any in-school transmission of the virus.

Associate Superintendent Chris Johnson said that 1,984 students and staff members were screened during the first week of the program. The screening identified 15 presumptive positive cases of the virus for a 0.76 percent positivity rate.

Sally reported that the district saw approximately 22-23 percent attendance, of a possible 25 percent, at the Northfield campus during the first week of returning to hybrid learning. He said the Winnetka campus saw around 18-19 percent attendance.

Although the board placed an importance on fully utilizing available data, several members did show their desire to move forward with a sense of urgency.

“We are hearing increasingly the voice of the community and really the voices of families and students and they are really, really struggling and every day that goes by is a struggle,” board member Greg Robitaille said. “So now we’re talking about a three-ish week decision point. And what we know today is that mitigations (measures) we’ve put in place … work and we’ve overlaid it with an even more significant screening test that we’re spending a lot of money on.

“ … I feel a real sense or urgency to figure this out. I’m not suggesting that we open it up to 50 percent tomorrow but I am suggesting that I would like to see a clear plan and clear decision date to get to consider being back at 50 percent and consider it really as that’s where we’re going, unless data and information changes that would tell us we can’t go there.”

Two New Trier board members, Robitaille and Carol Ducommun, were in attendance at the Saturday rally.