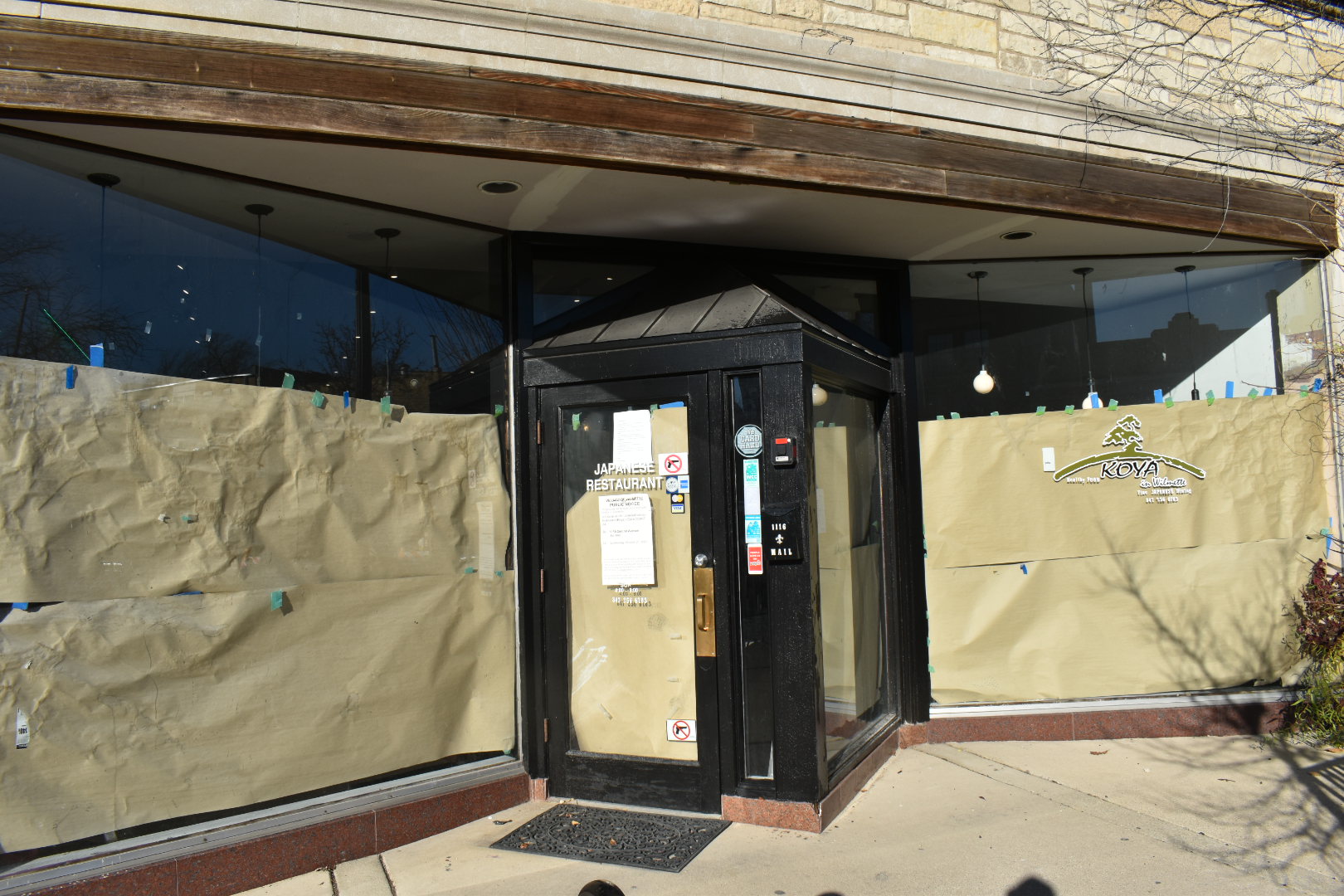 Koya in downtown Wilmette is currently closed but plans to reopen in the winter with a more fast-casual feel. | Joe Coughlin/The Record North Shore

Jae Kim couldn’t give up on the Wilmette community.

Like so many other restaurant owners, Kim, the leader of downtown Wilmette’s Koya, fought tirelessly to keep his business afloat during the early months of the COVID-19 pandemic. The harder he tried, the more obstacles he faced.

Kim, his sister and their parents were faced with the decision countless small businesses have struggled with over the last eight months: Should they permanently shut their doors, or continue to weather the seemingly unrelenting storm?

They seriously considered the former, but Kim knew he’d regret it if he went down without a fight. He and his family decided to push forward — just in a different fashion.

Wilmette’s Village Board granted Kim approval on Nov. 10 to transition from a full-service to a limited-service restaurant. Although Koya temporarily shut its doors earlier this summer, the local favorite is returning to 1116 Central Ave. in a way Kim believes will make it better than ever for customers.

“When the pandemic happened, we fought hard from March until June. We were debating if we should close down or not,” Kim said. “ … But we really fell in love with Wilmette because of all the support we’ve had from the community. It was really hard for me to give up on that. So we decided maybe this might be a good time to give (Koya) a little bit of a different look.”

“We just really love this place. We love the location, we love the community. It was just really time for us for a different look and approach.”

Under the limited-service label, Koya will be more of a fast-causal-style restaurant, Kim said, comparing the new service concept to Chipotle.

Kim told The Record many of the sushi rolls the restaurant used to offer will now be transformed into sushi bowls. He said it will be a more efficient way to serve customers without compromising quality.

There will be some changes made to the menu but many favorites will remain intact, Kim said.

“We are not doing something entirely new but we are taking a different approach to serving our customers,” Kim said.

Koya’s interior is undergoing an overhaul, according to Kim, who said the goal is to make the space brighter and more welcoming.

The renovations and concept changes will bring new life to the local eatery and to Wilmette’s downtown area.

“I think it’s going to be a really great addition to our downtown,” Village Manager Michael Braiman said. “… It’s really great to see restaurants continuing to invest in our community. There’s a lot of confidence that this is a good community to be in as a restaurant and we’ve got a strong vibrant scene that people want to be in.”