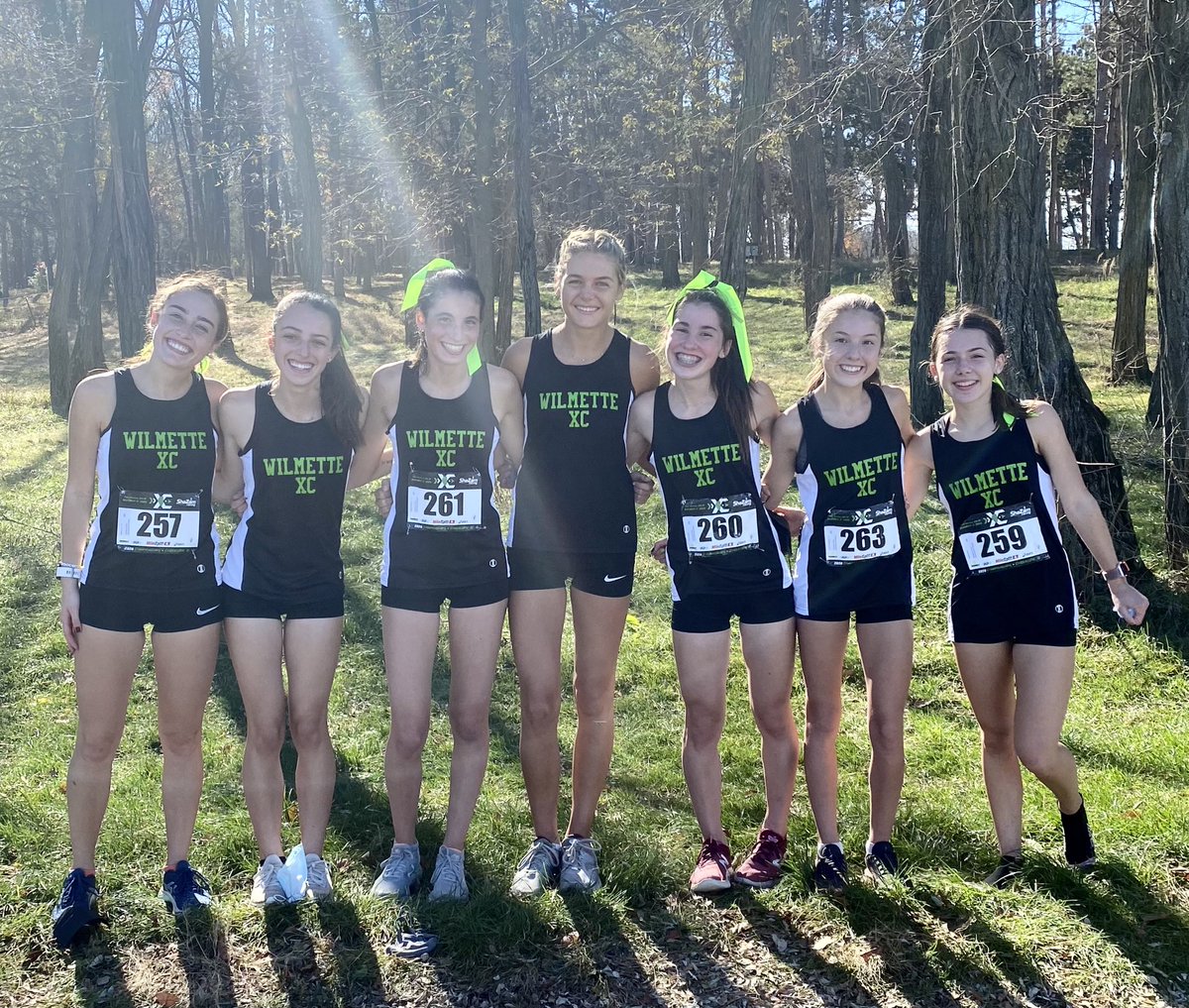 Both New Trier and Loyola Academy runners ended their cross-country seasons in history-making fashion — just not officially representing either of the two local schools.

The IHSA canceled both its cross-country state meets because of public health concerns related to COVID-19. So boys and girls runners from New Trier and Loyola competed as the Sheridan Athletic Club and Wilmette XC, respectively, at the Shazam Racing Division-III State Championship in Chillicothe, Ill. on Sunday, Nov. 8,

Though they might not have competed as Trevians and Ramblers, most of the runners who would’ve advanced to a state meet competed in this unofficial state championships as part of these clubs teams — and made history.

The Sheridan Athletic Club (or New Trier runners) finished fourth at the meet, matching the best team finish at a championship meet since 1962.

The Wilmette XC girls team, composed of Loyola runners, finished seventh in its meet, the best finish in program history.

While the runners didn’t compete wearing school colors, the meet marked a fitting end to an abnormal season.

“It definitely felt like a fitting conclusion,” said New Trier junior Nick Falk, one of the state’s top runners. “It was a real cross-country race; there was nothing fake about it.”

Falk and his teammates entered this year motivated by a strong 2019 season that ended with a disappointing state meet.

They worked hard all offseason and in-season during a campaign with restrictions because of the pandemic. New Trier won the Central Suburban League South and both its regional and sectional races.

But the Trevians wanted more, even if the meet wouldn’t go down in IHSA record books.

The course might’ve been different, and there were four flights in this state meet; but all runners treated the last race of the season as the one with the most pressure.

“We tried to treat it just like we would any other state meet,” Siebert said. “It keeps you focused and it definitely makes it easy to find a purpose and compete. We all raced it with a pretty good intensity.”

The Wilmette XC girls team entered its meet with the same mentality. Loyola runners and coaches were excited to be invited to the meet and wanted to finish in the top 10 to make program history.

Both Grammas and Loyola head coach ChrisJon Simon, who did not coach Wilmette XC, agreed the meet was a good way to cap a memorable season, but what’s next has the group excited.

The runners had to fight for position, not just time. They battled against the best in the state on the highest stage. While the state meet was unofficial, the experiences were not.

Loyola had two sophomore and three freshmen in its top-seven and all of them talked about what they wanted to work on over the offseason.

That has Simon and the Ramblers excited for the next time they run with Loyola across their chests.