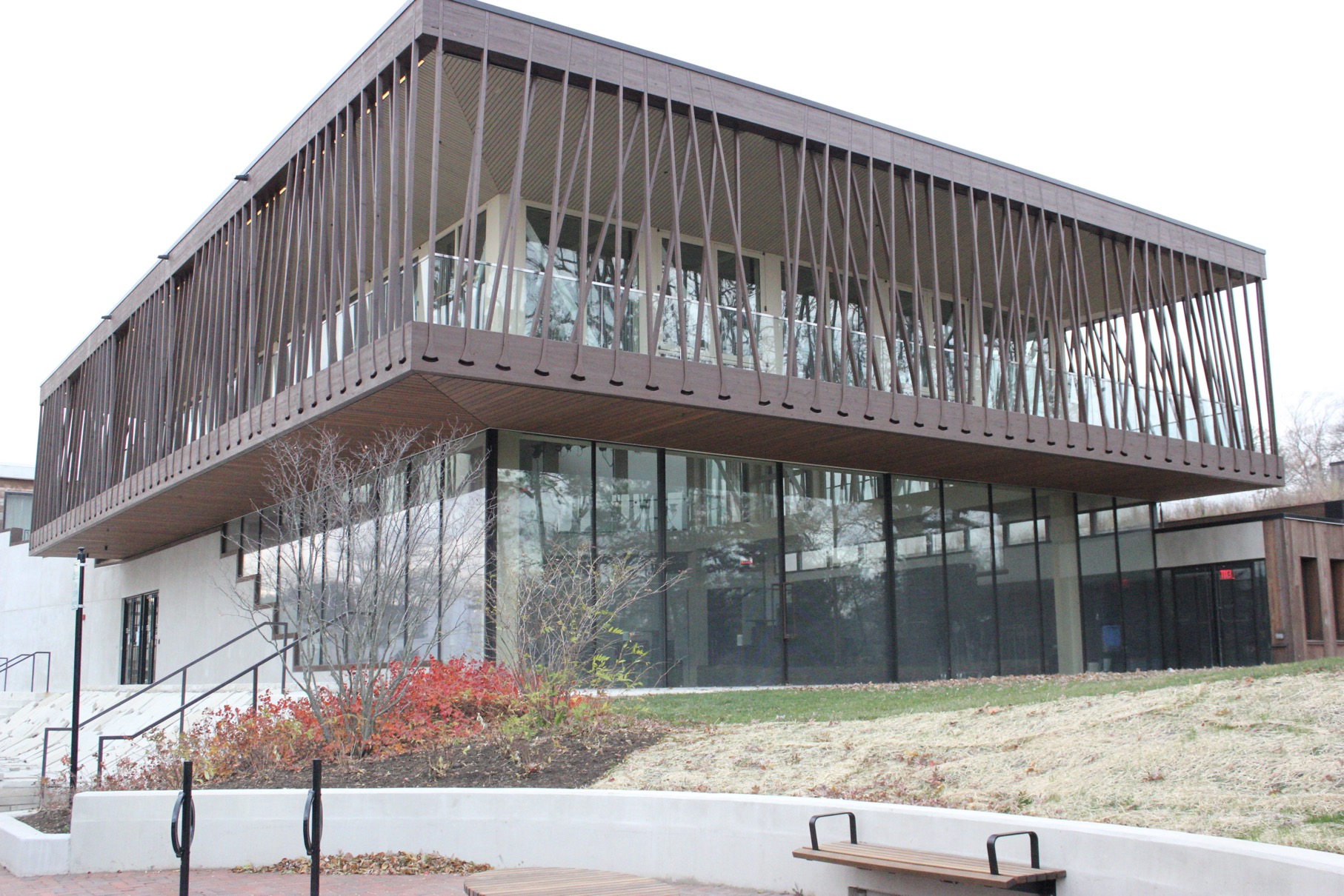 The 2019-20 season at Glencoe’s Writers Theatre was brought to a halt because of the COVID-19 pandemic. Theatre staff quickly united to restructure plans for the 2020-21 season that is now bringing virtual performances to audiences. | Martin Carlino/The Record North Shore

The show must go on at Glencoe’s Writers Theatre — and that adage has never been more true than this past year when the COVID-19 pandemic brought its 2019-20 season to a halt.

But the local institution did not stand still for long.

Although the months since the pandemic began have been daunting for all, especially venues that rely on live performances, the staff at Writers Theatre quickly united to restructure plans for the 2020-21 season. The season is currently underway, albeit virtually.

“It was initially just a huge shock to the system to be truncated midway through a season so brutally and then to realize that not only were we truncated for one production, but in fact for the entirety of the season,” said Michael Halberstam, Writers Theatre co-founder and artistic director.

Halberstam added that the staff at the theater quickly pivoted to remote work, and then committed to emergency fundraising “to be sure we could continue to exist.”

“It was an extraordinarily complicated time, but it was also a real testament to the skill of both our staff and our board of trustees, and now the artists we are collaborating with to create a new season,” Halberstam said. “It’s a real testament to the skill, professionalism and sophistication of the people we collaborate with to be able to say that the organization is on the solid ground that it currently is.”

The Writers Theatre’s 2019-2020 season would have gone through July, if all went initially as planned, and after it culminated rehearsals for the first production of the 2020-2021 season would have started immediately.

Instead, the new and current season began last month with a production of “The Green Room,” which was available live and online at 7 p.m. on select Wednesdays.

“(For) ‘The Green Room,’ we find artists who have performed either recently or integrally throughout the course of the theater’s history and we do a Zoom interview with them,” Halberstam said. “It’s a nice simple format.”

Throughout the holiday season in December, the Writers Theatre will be putting on two productions of “A Christmas Carol,” each a different adaptation of the original novella by Charles Dickens.

“One is a collaboration with Manual Cinema, a brilliantly inventive theatrical ensemble,” Halberstam said. “They literally create puppets and with very clever videography, they create a live movie in front of you.”

Writers Theatre is a text-based theater, so Halberstam also wanted to include his own adaptation of the text in a performance directed by Stanton Long. He said the show, which is recorded live at the theater, is something that will be “built for streaming, but celebrates the theatrical.”

“You really are seeing a film-play hybrid,” Halberstam said.

Because of the early shutdown of the previous season, two of the six shows planned were canceled, while one was cut off during production, and not all of the shows that were planned were viewed.

Halberstam said he has hopes that the shows that were canceled will be produced again at some point in the future.

“We have every faith that we will produce both of those productions in some form or another,” Halberstam said.

He added that it’s been “encouraging and humbling” that there are people in the community who want to see the theater continue to survive, even through the COVID-19 pandemic.

“We are in a stable place,” Halberstam said. “We could always use more help — there’s no theater company in the world that would say ‘we’re fine’ — but I do believe that we have a very strong foundation to stand upon right now and that is in no small part because of the constituents that make up the organization and our patrons.”

To see the rest of the Writers Theatre expanded 2020-2021 schedule or for more information about upcoming productions, visit writerstheatre.org/expanded-2021.