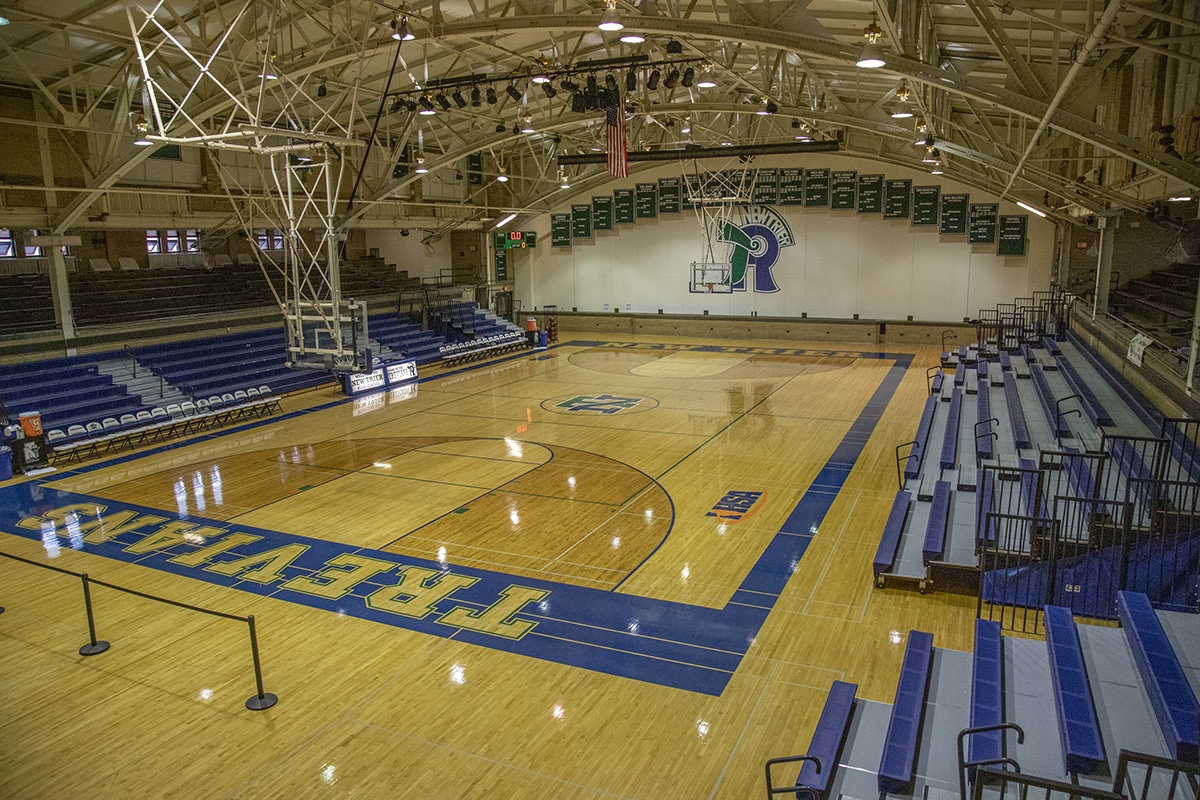 New Trier basketball is in a holding pattern.

After a week of conflicting messages from different governing bodies, the future of Illinois high school basketball is still uncertain as coaches, athletic directors and administrators try to figure out a safe solution for their student-athletes.

“It’s hard not knowing,” New Trier girls basketball coach Teri Rodgers said. “You can’t plan. It’s stressful not knowing and the kids want to play — play safely. Anyway that they can do that, and they’re 100 percent behind wearing masks and doing what they need to do. They just want to play.”

The confusion started on Oct. 27 when Illinois Gov. J.B. Pritzker said in a press conference that Illinois basketball would be put on hold, catching coaches, athletic directors and even the IHSA off guard.

The IHSA announced the next day that it would defy the governor and basketball seasons could start on time, with practices set to start on Nov. 16 and games on Nov. 30.

Pritzker then announced on Oct. 29 that basketball would be moved to the spring, to which the IHSA responded that it will plan to hold the season as scheduled.

The final decision, however, still is in the hands of individual high schools and districts, as the IHSA does not govern regular-season play; it only provides guidelines and direction for competition.

All the conflicting messages have left local athletic directors working with their administrations to figure out what basketball is going to look like under the current Illinois Department of Public Health and/or IHSA guidelines.

“It’s difficult because you have two different governing bodies that we follow, one being ISBE, the Illinois Board of Education, and the other being the IHSA,” New Trier Athletic Director Augie Fontanetta said. “Obviously they’re both conflicting right now and that’s what we’re trying to work through with our administration to determine what’s the best course for our students.”

Loyola Academy announced in a statement to The Record that it hasn’t made a decision yet and is in the process of gathering information and consulting with their health experts.

At New Trier, while Fontanetta and the administration work to figure out how to keep students engaged in a safe way, both Rodgers and boys basketball head coach Scott Fricke are helping their athletes handle the uncertainty of the situation.

Rodgers sent out a message the day Pritzker announced the sport was on hold, leaving the Trevians bummed. They became excited when the IHSA announced it would play on, which left Rodgers with the task of tempering the enthusiasm on a Zoom call the next day.

The head coach is hopeful the governing bodies will work out a solution, but she wants to make sure she’s there for her athletes during these uncertain times.

“I think my main objection is to make sure my kids are healthy and happy and are being taken care of,” Rodgers said. “I’ll redo my schedule one hundred times over. That pales in comparison to being an advocate for my kids, helping them through this process, doing what I can to help them through it. This is one year for me, but this is the only year for them.”

Fricke and his players have also been frustrated by all the uncertainty.

The head coach said he thinks it’s not only putting the school districts in a tough position, but players and coaches as well.

Another “high-risk” winter sport, wrestling, was moved to the summer, and there will be many sports competing in the spring, creating a conflict for athletes who compete in more than one sport.

While the situation is far from perfect, Fricke also realizes there are more pressing events happening in the world.

New Trier athletics will continue to wait for more clearance. Fricke plans on having his team start noncontact practices with masks starting Monday, Nov. 16 following the same health guidelines from the summer.

Rodgers and her team are on a break and waiting to see when they will get back on the court, hoping that some sort of resolution takes place in the coming weeks.

Both coaches commended the hard work and communication from Fontanetta and the rest of the administration as they all hope to get their athletes back on the court in the safest possible way.

“We can only control things we can control,” Fricke said. “I think there’s going to be some sort of a season, no one knows what that’s going to look like, but I think they feel relieved that there is going to be a season.”

Until there’s more information, they’ll continue to wait and see what’s next.