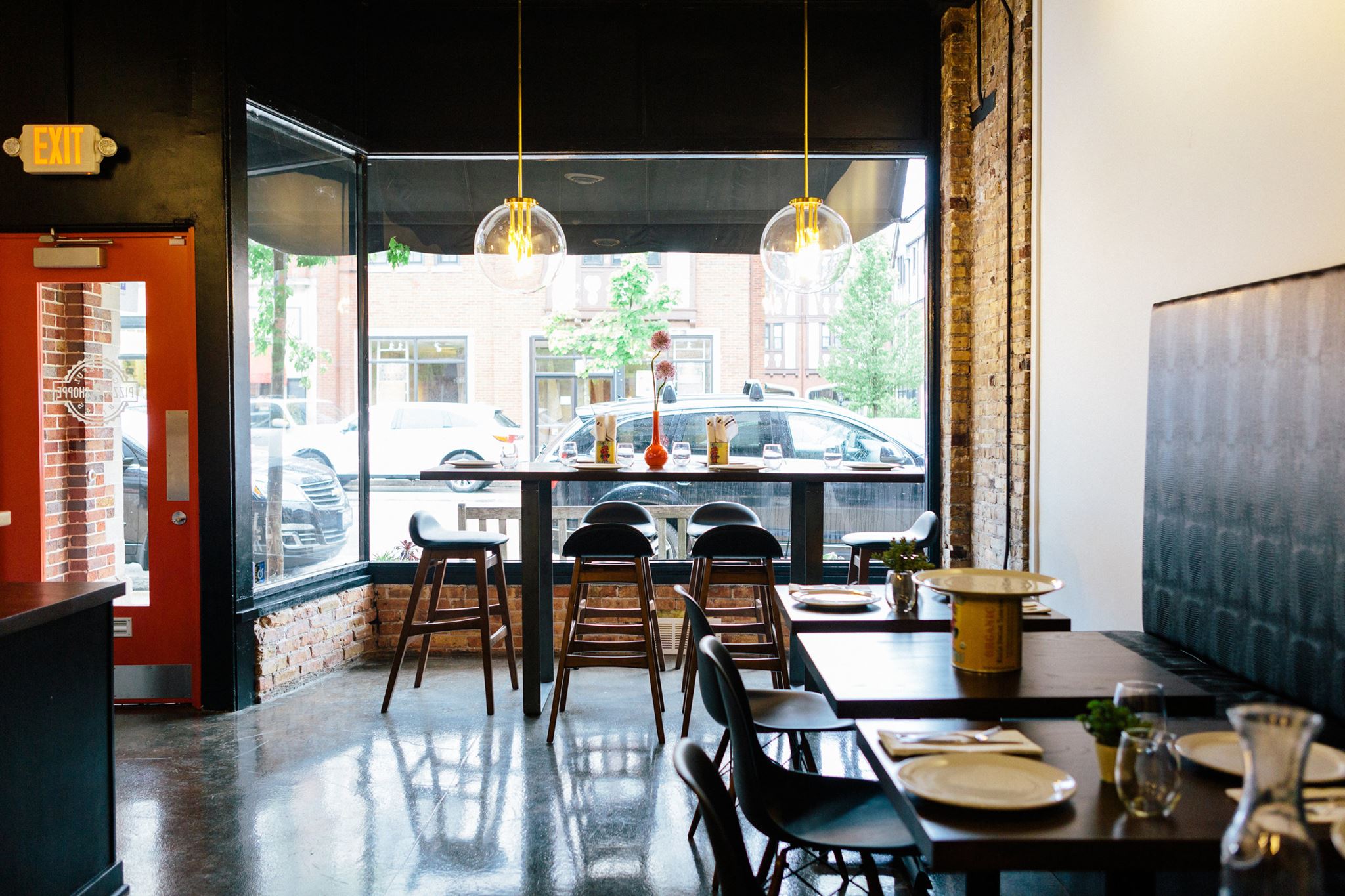 The Village Council of Winnetka on Oct. 30 joined a growing number of local government officials and restaurants across Chicagoland pushing back in varying degrees against Gov. J.B. Pritzker’s suspension of indoor dining in restaurants and bars.

On the village website, the council announced it does not have the resources to support the Governor’s new restrictions and “will not actively enforce these restrictions on the businesses within (the) community.”

Officials continued to say: “the Village Council values and supports our local businesses, as well as the health and safety of our residents. We urge and trust our residents and merchants to use best judgments and to stay vigilant in your efforts to stop the spread of COVID-19 through scientifically proven methods: mask-wearing, social distancing, and washing hands regularly.”

“The village is already about $3.5 million upside down in revenues as a result of COVID. We’ve really been taking it on the chin,” Rintz said.

As it is, Rintz continued, “We’ve been doing our best to retain core services at a level people won’t recognize there is any difference. We just came to an understanding; right now we are working on a budget where we are in the process of not raising taxes for the seventh year in a row, and we all felt that at some point we had to be very cognizant of our financial position and make decisions based on that.”

He added that it was “very unclear” what the state’s expectations of local government would be regarding enforcement of the order, and in any event, “We just do not have the capacity to add that to our menu of things we are already doing.”

He noted as well that Winnetka doesn’t have a health department and that it subcontracts its restaurant inspections.

Further, during the rollout of the Cook County ban, the governor “made it clear that he would be using state resources to enforce it,” Rintz said. Given that, “We felt very comfortable subordinating to their authority and stepping out of the enforcement business.”

On Nov. 2, Gov. Pritzker expanded the previous business suspension orders to include the entire state. The governor issued the new restrictions as COVID-19 cases and hospitalizations around the state are soaring.

His executive order prohibited restaurants and bars in all 11 regions statewide from letting customers eat inside starting Nov. 4. The governor ordered the ban on indoor dining and gatherings of 25 people or more until a region reports three consecutive days of a 7-day rolling testing positivity rate of 6.5 percent or less.

The ban is necessary, Pritzker said in the order, “for the preservation of public health and safety throughout the entire State of Illinois, and to ensure that our healthcare delivery system is capable of serving those who are sick.”

In a WGN radio interview last week, he expanded on that reasoning.

“Temporarily halting indoor, in-person eating and drinking operations has been practiced not just here but around the world. Why? Because the scientific research proves that these are the activities that cultivate exposure and spread.”

Management at three Winnetka restaurants were interviewed to gauge whether there is any appetite in the local restaurant community to consider defying the indoor seating ban in the light of the Village Council’s action.

There seems to be none.

“We are not seating anyone inside at all. We just want to be careful with that,” said 501 Local co-owner Aman Chanana.

The restaurant has ordered heaters for the six greenhouses it features on the patio, in hopes of stretching out the outdoor dining season.

“We’re going to continue with the patio, but we will not have people inside,” said Matt Halack, owner of the Grateful Bites Pizza Shoppe. “We’re just so small. There is no way we could social distance.”

Similarly, at Spirit Elephant, caution is the current mood.

“We are waiting to see how things go and what other people are doing,” said Dan Meyers, general manager at Spirit Elephant. “We just want to be making the right decisions for our customers and keeping every one safe.

By contrast, local officials in other suburbs were sharply critical of the order.

In a seven-minute YouTube message to the community, Orland Park Mayor Keith Pekau argued that the action was “capricious” and not backed up by actual data.

Among other numbers, Pekau said that public health data from the DuPage County Public Health Department shows that restaurants were responsible for only 1.4 percent of COVID-19 cases in the county. It is worth noting, however, that Orland Park is located in Cook and Will counties, not DuPage.

Further, he said, local officials “do not have the power or responsibility” to enforce the order and any attempt on the part of local officials to do so “could open the village up” to potential legal action by local businesses.

Likewise, on Oct. 29, Libertyville Mayor Terry Weppler posted on Facebook that the village would not enforce any executive orders against restaurants that keep their dining rooms open.

Two days earlier, the mayor of Itasca said the village and police would also not enforce the new restrictions. He did, however, say that while the village would not shut down noncompliant businesses, he believes restaurants should heed the state’s and county’s authority that grants restaurants operating licenses.

Apparently unlike in Winnetka, many restaurants, bars and other businesses across the state have announced that they will defy the governor’s shutdown orders.

Among them in the Chicagoland area are restaurants in Aurora, Addison, Naperville, Glendale Heights, Batavia, Arlington Heights and Elgin. Restaurants in Park Ridge have already started to receive fines for defying the governor’s order, according to multiple reports.

Judges in McHenry, DuPage and Cook counties have quickly upheld the governor’s orders. On Oct. 26, a Kane County judge granted a Geneva restaurant’s request for a temporary restraining order against Pritzker’s order, barring the governor, the Illinois Department of Public Health and the Kane County Health Department from enforcing the order. The judge’s order applies until the next hearing, or until the state appeals the ruling.

The Illinois Restaurant Association has estimated that at least 20 percent of food establishments around the state will permanently close because of COVID-19-related economic fallout, which they said translates into at least 5,100 businesses and 120,000 permanently lost jobs.

Those numbers put Illinois in the top five states for permanent business closures due to COVID regulations, according to Illinois Policy.