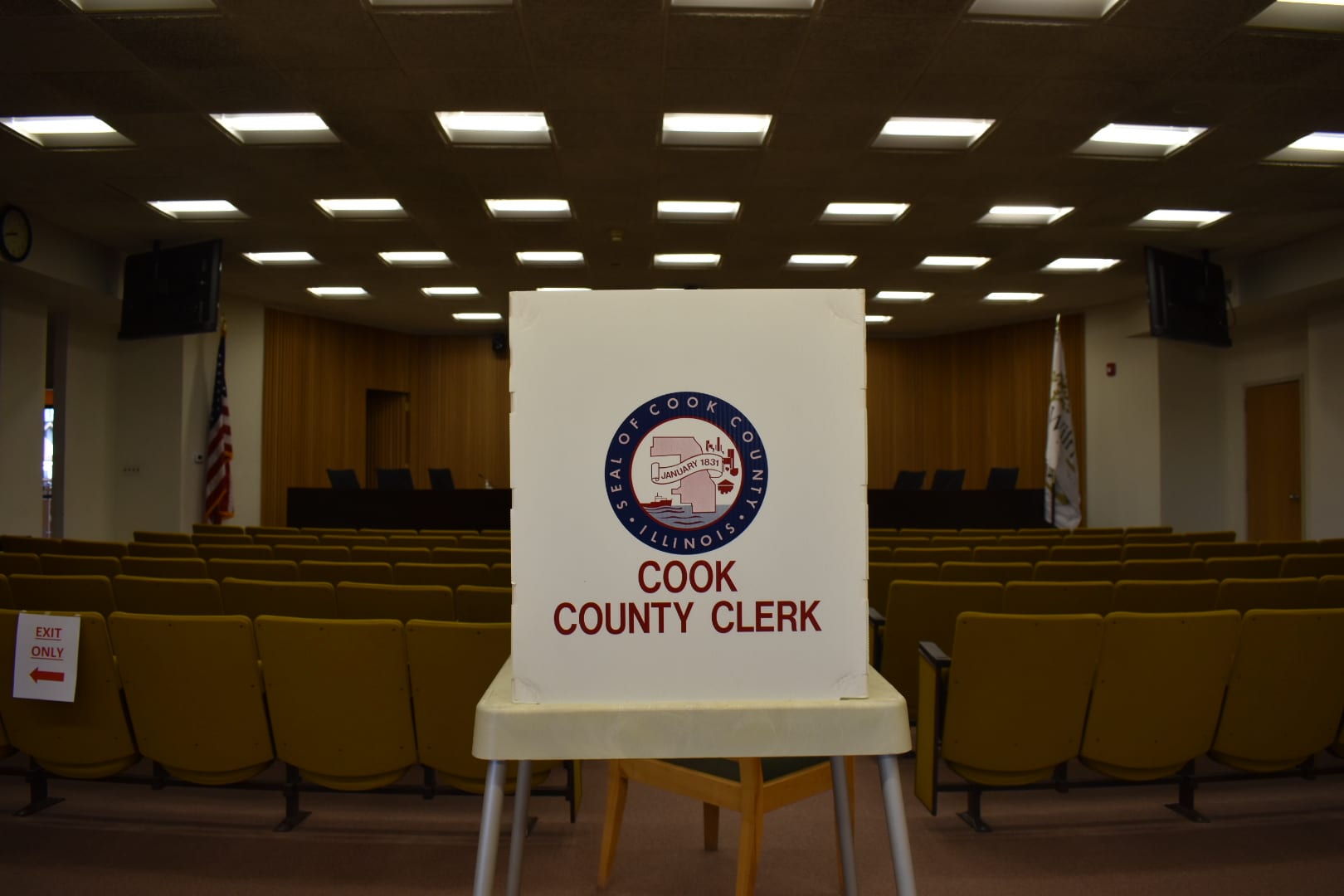 (Editor’s Note: This story was edited with updated voting results, including final results on the Fair Tax measure.)

Many incumbent Democratic candidates were able to celebrate victory Tuesday evening, Nov. 3, but that was not the case for many other 2020 candidates amid a difficult year for election reporting.

The latter was the case in the U.S. Presidential Election. As of press time (1 a.m. Wednesday, Nov. 4), electoral votes had yet to be decided in battleground states such as Arizona, Georgia, Pennsylvania, Michigan and Wisconsin.

Schakowsky, 76, handily defeated challenger Sargis Sangari (R-Skokie) to retain the seat she has held since 1999.

As of publication time, the incumbent Schakowsky received approximately 68 percent of the vote to Sangari’s 32.4 percent, with roughly 98 percent of voting precincts reported.

The Chicago native will head back to a Democratic-led House of Representatives once again to serve the 9th District, which includes Wilmette, Kenilworth, Winnetka, Northfield and a portion of Glencoe.

According to campaign finance records, the incumbent Schakowsky significantly outraised and outspent her challenger. She received $1.8 million as of Oct. 14, while Sangari received $27,099. Schakowsky spent $1.42 million this cycle, compared to Sangari’s $22,261.

Incumbent Brad Schneider (D-Deerfield) was successful in his attempt to retain his 10th District seat in Congress. Schneider defeated challenger Valerie Ramirez Mukherjee (R-Northbrook), according to the Associated Press.

The district — which covers a portion of Glencoe as well as Northbrook and Lake County — was once one of the most competitive districts in the state.

In 2018, Schneider delivered an impressive showing of support to ensure the district would stay blue by defeating Republican challenger Douglas Bennett (R-Deerfield) with 65.4 percent of the vote.

This election cycle saw less spending than the previous two cycles, with Schneider once again significantly outraising his challenger.

In a statement sent out after the election, Schneider outlined his goals for his next term.

Durbin, 75, continued his streak of earning election to the Senate by a sizable margin again, defeating a series of challengers to retain his seat. The state’s senior senator won 53.8 percent of the vote, with approximately 63 percent of the vote reported, according to election-night numbers.

Mark Curran (R-Illinois) earned the second-highest vote total with 39.4 percent of the vote.

Independent challenger Willie Wilson finished third in the race with 4.6 percent of the vote, as of publication time.

Durbin, who’s currently the Senate Minority Whip, will return to Congress holding the position, making him one of the most powerful senators in the upper chamber.

Suburban Cook County voted slightly more Republican than the rest of the state, favoring Durbin by 25 points over Curran, according to the county clerk.

Gabel received 70 percent of the vote to 29.8 percent for Matlis. She defeated Wilmette resident Julie Cho in 2018 by a 45-point margin.

Gong-Gershowitz was first elected to office in 2018 when she defeated Republican challenger Peter Lee by a margin of more than 18,000 votes.

Incumbent Kim Foxx (D-Chicago) was elected to her second term as Cook County State’s Attorney thanks to a big push by Chicago voters.

Republican challenger Patrick W. O’Brien called Foxx Nov. 3 to concede the election. Foxx declared victory as she was leading by more than 200,000 votes with 96 percent of the vote reported.

Suburban voters actually preferred O’Brien by about 8 1/2 points (51 percent to 42.6 percent), but Foxx gained all of it and more back from Chicago voters.

In the polarizing 2016 Democratic primary, Foxx unseated incumbent Anita Alvarez by a near 20-point margin in the wake of LaQuan Mcdonald’s murder, for which Alvarez took more than a year to file charges.

Foxx went on to defeat Republican Christopher Pfannkuche in the general election and earn her first term in office.

Incumbents Kimberly Neely Dubuclet, Cameron Davis and Eira Corral Sepúlveda were all re-elected to their positions on the Metropolitan Water Reclamation District.

Democrat incumbent Tammy Wendt was re-elected to her position on the Cook County Board of Review as she defeated Republican challenger Dan Patlak in another election in which Chicago voters disagreed with suburbanites.

While opponents of the state’s Fair Tax ballot measure claimed victory on Election Night, it took until the morning for the proposal’s backers to admit defeat.

Quentin Fulks — chairman of Vote For Fairness, the state’s top proponent of the amendment — lamented the results in a statement released Wednesday, Nov. 4.

“We are undoubtedly disappointed with the result but are proud of the millions of Illinoisans who cast their ballots in support of tax fairness this election,” he said.

As of Nov. 4, with 97.6 percent of Illinois precincts reporting, 55 percent of voters said “no” to the proposed amendment to the Illinois State Constitution out of 4.98 million votes cast

The vote requirement for constitutional amendments is either 60 percent of votes cast on the ballot measure itself or a simple majority of all of those voting in the election.

The measure was publicized as a way to increase the tax rate on those making more than $250,000 annually in an effort to close an ever-growing budget deficit.

The opposition was heavily funded by Illinois’ wealthiest individual, Ken Griffin, who contributed more than $50 million to fight the measure.

With financial troubles looming in the state, Fulks warned opponents of the tax.

“Illinois is in a massive budget crisis due to years of a tax system that has protected millionaires and billionaires,” he said. “…. Now lawmakers must address a multi-billion-dollar budget gap without the ability to ask the wealthy to fair share. Fair Tax opponents must answer for whatever comes next.”

The Record will report local-voting totals when they become available later this week.

By Megan Bernard | 4 hours ago

By Megan Bernard | 4 hours ago

By Martin Carlino | 19 hours ago