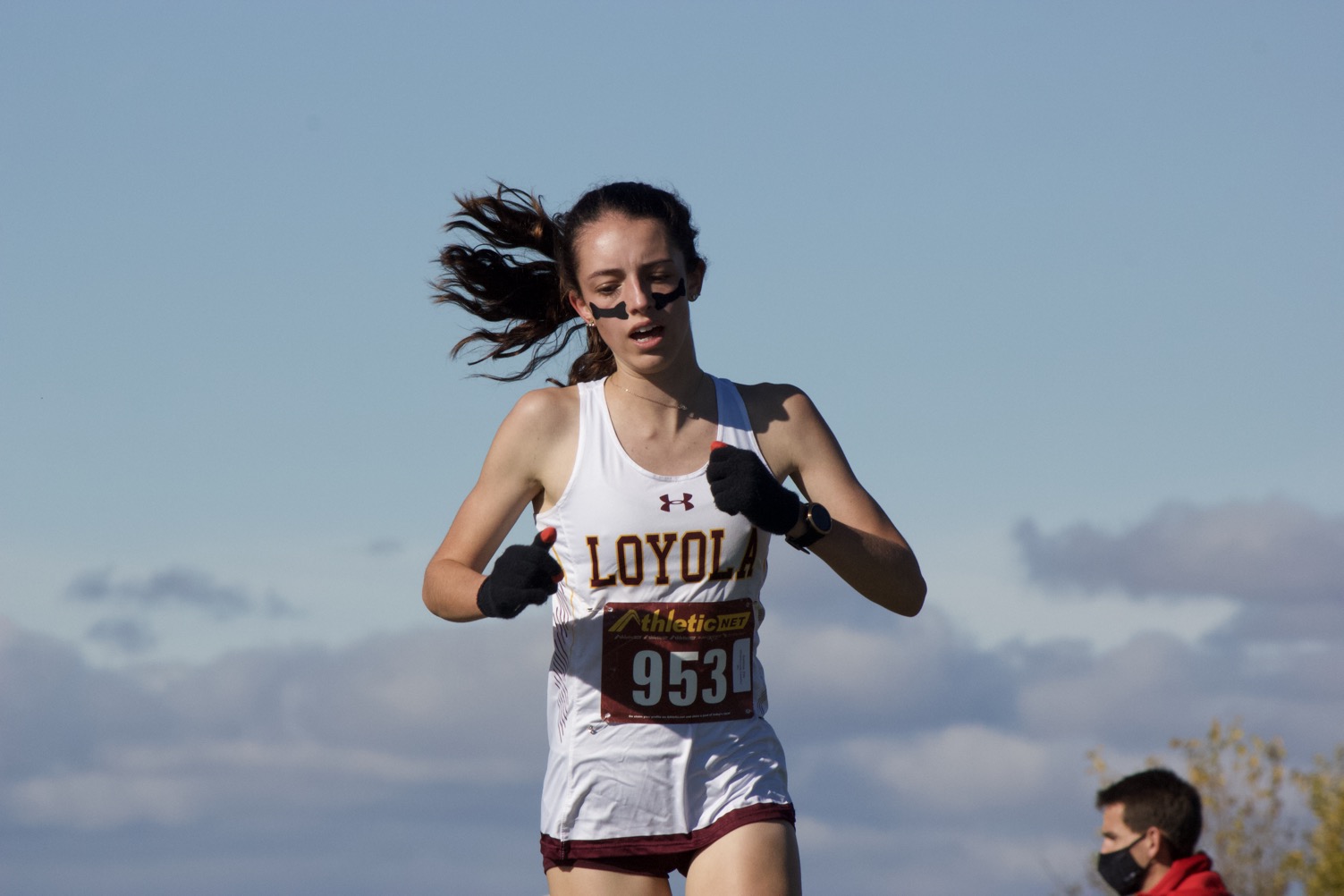 New Trier placed four runners in the top 15 at the regional race, and the Trevians needed every one of them to take the team crown, edging Barrington by four points and a total of 20 seconds.

The Trevians, regarded as the top unit in the state, battled back in the final flight of the meet to surpass Barrington, who led them by 18 points going into the last race.

This year’s meet was broken down into three separate flights for each gender to limit contact amid COVID-19 concerns. The teams did not know their final score and place in the standings until the end of the final flight.

Similarly so, runners did not know their overall finish until all three flights of the meet were completed.

Once the flights were finished, race officials then merged all the times and based final team scores on the top five runners from each school.

“Barrington ran super well today, and they had the lead on us going into that last race,” New Trier head coach Matt Sloan said. “It’s a different way of running cross-country; flights usually aren’t at this time of the year.

“But our guys stepped up. Our third man was actually in the first race of the day, George Esteve, and that’s his second week in a row that he’s run exceptionally well — not to say the other guys haven’t as well.

“It’s pretty amazing but that’s our team. Any guy could have run in any one of those flights and done successfully. So that’s pretty cool.”

New Trier advances to next week’s sectional meet at Hoffman Estates, where Sloan believes the Trevians will be ready to go.

“We just want to get some more rest and they’ll be ready to rock and roll and be sharp for the final part of the IHSA series,” he said. “That’s all we’re looking for. Just keep doing our best.”

Werner’s strong performance helped Loyola secure a bid to the sectional. The Ramblers were outside of the top six before his flight in the meet’s final race of the day. But Werner’s time helped propel Loyola into fifth place overall.

On the girls side, the Ramblers delivered a well-balanced performance en route to an eight-point team victory, totaling 63 points, ahead of Barrington (71 points) and New Trier (96).

“We thought we had an opportunity to win the regional and what was nice is it took all the girls to win it because of the different format that they had set up,” Loyola coach Chrisjon Simon told The Record. “With different flights, every girl was important so that made it definitely unique from other meets in the past.”

Norman won her flight of the meet, setting a strong foundation for the Ramblers heading into the final flight.

Norman’s finish was particularly crucial for Loyola as her strong afternoon helped secure the victory. Simon was impressed with her performance despite the challenging circumstances of not knowing what time she was competing against.

“She won that second flight pretty handily and she had done so well but she was still competing against kids who were going to be in that top flight and had not even run yet,” Simon said. “So it was really challenging for her but she ran so well, she’s really the one that it came down to. She really won the meet for us because she ran so well. That was her best performance of the season.”

The Ramblers head into the sectional with their sights set on Prospect High School. The Knights have bested Loyola three times this season.

“We’re definitely focusing on Prospect High School,” Simon said. “We’re kind of gagging our season accomplishments on if we can get closer to them because they’re ranked No. 3 in the state right now. We’ve raced against them and they beat us three times and we just want to see if we can get even closer to them than we have in the past.

“As a team, that’s the goal the girls have been talking about. Even if we’re not able to beat them, if we can just get closer to them than we’ve been in the previous races then we’ll know. That’s what is good about cross country — we want to win but if we can even be closer that’s a win as well.”

The sectional races are scheduled for Halloween Saturday, Oct. 31, with girls races beginning at 9 a.m. and boys at 1:30 p.m., both in Hoffman Estates.