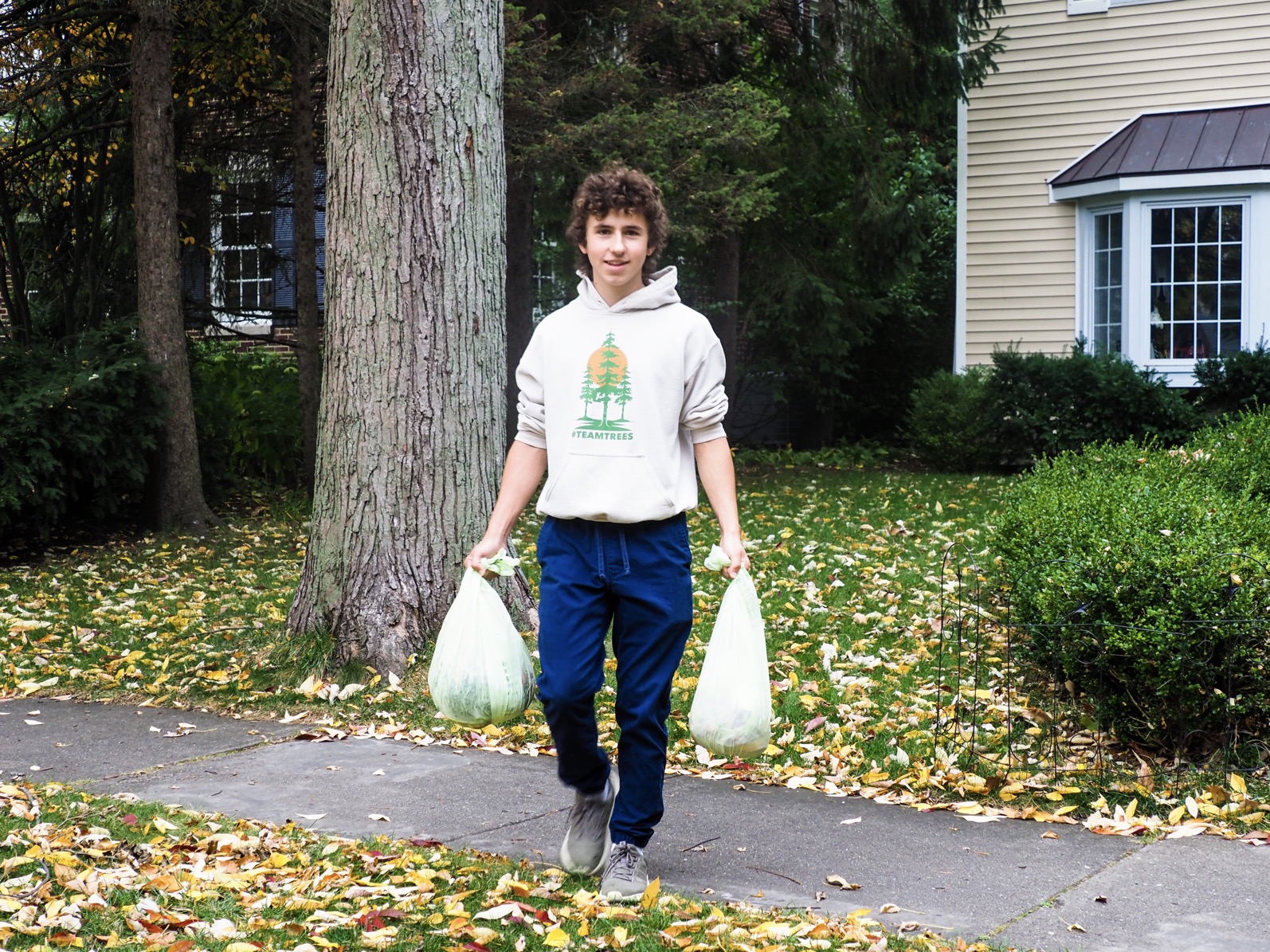 William Slavinsky didn’t anticipate much would come of his visit to Go Green Wilmette’s annual fair. But a short conversation with a local vendor planted the seeds for an environmentally friendly business venture.

Slavinsky, a senior at New Trier High School, started Northshore Composting with the goal of giving locals an easier and more cost-effective way to compost.

The Glencoe resident said one of his goals is to benefit nearby communities with a solution for the composting problems he has witnessed firsthand. And to do so with a cheaper alternative to current options.

“I was really interested in (composting) because I thought it was something relatively easy that I could do to make a difference,” Slavinsky said. “I know I throw out a lot of food in my house but I think composting is an easy solution to be more environmentally friendly.”

After establishing his business idea, Slavinsky started to spread the word and recruit potential customers through the popular neighborhood app Nextdoor.

Within a couple of weeks, he had several leads.

Slavinsky now collects close to a dozen compost buckets a week from nearby households. He then composts them though Lakeshore Recycling Services.

Those interested in Slavinsky’s composting services sign up by filling out a Google form found on his website, www.northshorecomposting.com. Doing so gives Slavinsky all the information he needs to coordinate pickups.

The form also asks for participants to select the frequency in which they’d like Slavinsky to come pick up compost buckets. Traditional options are once a week, twice a week or once every two weeks, Slavinsky said, adding that he is flexible to meet almost anyone’s pickup needs.

Users are also asked to purchase a bucket and lid for $6 after they fill out the form. Slavinsky replaces bags inside the bucket so that the same one is reused each pickup. Participants are also welcome to utilize their own five-gallon bucket.

One of the biggest challenges for Slavinsky thus far is marketing. He still wants to get the word out to more interested composters, but he’s excited about the initial reaction his business has received.

“So far everyone has really enjoyed it. All of the customers that I work with have been super happy, super enthusiastic and very friendly overall,” Slavinsky said. “… They’re usually really friendly people who care about both me and the environment. They’re also really invested in their communities and they really care.”

By Joe Coughlin | 17 hours ago