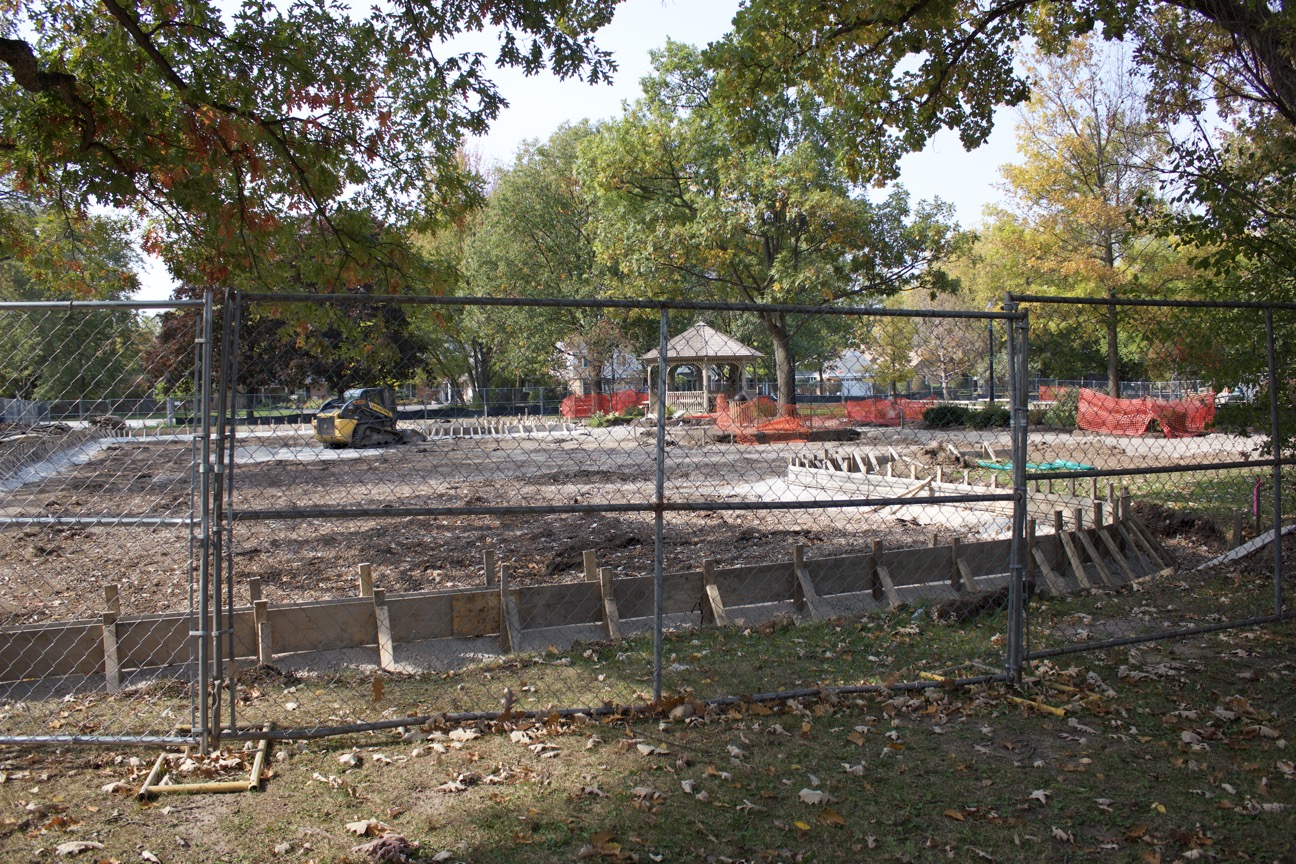 Its proximity to the village’s downtown area and the frequent lively gatherings held there pre-pandemic made it the near-perfect community place.

But the heart of the community will now be closed for several months as it undergoes an extensive renovation that will redesign and reimagine different spaces in the park.

Alexoff said the Park District has been in existence since the ’50s, and Clarkson Park was one of the first projects completed after the district’s formation.

The idea for the park’s renovations came from a Park Master Plan, created in 2014, according to Alexoff.

The Park District previously applied for a PARC Grant, offered by the state, in 2012, to undertake renovations on both Clarkson Park and Willow Park. They were not approved for the grant at that time, but were approved for an OSLAD (Open Space Land Acquisition and Development) Grant from the Illinois Department of Natural Resources last year.

The Park District received $400,000 from the state grant, and then received $300,000 through donations to the Northfield Parks Foundation.

In addition to the money the Park District has received for the project from donations and the grant, it is contributing $700,000 to the project, as the estimated cost for the renovation is close to $1.5 million.

A stipulation for the grant money left the Park District with something to worry about when the COVID-19 pandemic hit, because the money allotted through the grants must be spent within a two-year period. This meant the funds would need to be spent by April 2021, which was the plan until the pandemic.

“We were very cautious about putting everything on hold,” Alexoff said.

He added that they contacted the state to see if there could be an extension due to the pandemic, but were told that they money still needed to be spent by April.

“If we didn’t do the project we were going to lose our $400,000,” Alexoff said. “The board made a really tough decision to go ahead with the project.”

The Park Board approved the project in August. Now that construction has started, with the district breaking ground on Sept. 8, Alexoff said the estimate is to have the park completed by the time they would have needed to spend the grant money.

Some of the new additions that will be available at the park when it opens next year are a splash pad, new playground and a customized bandshell designed by the same person who designed the original Clarkson Park building, according to Alexoff.

“It’s going to tie the two buildings together so it’s aesthetically pleasing when you come into town,” Alexoff said.

The park hasn’t been renovated since 2002, when Alexoff first began working with the Northfield Park District. So the current renovations of the park have left Alexoff feeling as if he has come full circle.

During the 2002 renovation, the park’s clubhouse was built and the playground was installed thanks to help fundraising from the newly formed Parks Foundation.

Currently, the park is empty. The old playground equipment has been removed and the old shelter is gone.

The next step is the forming the new shape of the park, which includes a pathway system that will pass through the park, according to Alexoff. He also said workers are getting ready to set up a new poured-in-place rubber ground for the playground, which will take the place of wood chips that served as the play area for kids for the last 18 years.

“We don’t have a lot of playgrounds in our park system, so our board was really committed to making this playground as accessible as we could,” Alexoff said.

He added the Parks Foundation is continuing to accept donations to help fund the park’s renovations.