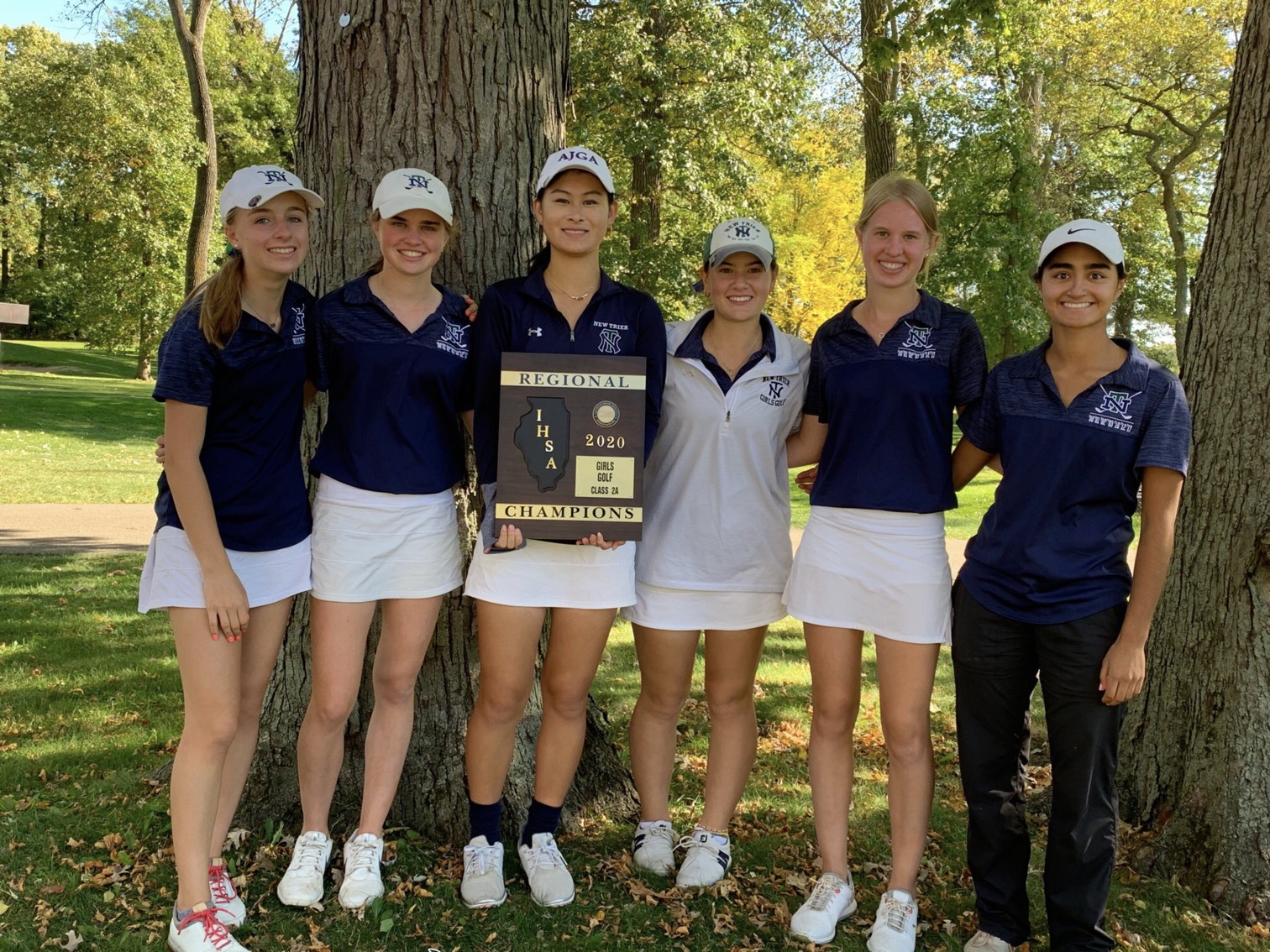 New Trier golf had a fine day on the course Wednesday, Oct. 7.

Both the boys and girls squads claimed regional championships, beating out second-place Loyola Academy in both tournaments.

The Trevian girls continued their dominating campaign with a 16-stroke victory ahead of the runnerup Ramblers.

New Trier’s Audrey Tir medaled with a meet-best 76, just ahead of Maria Perakis (77) and Effie Perakis (78), of Glenbrook South. The rest of the Trevs scorers were among the top 10 finishers, with senior Olivia Siebert and junior Carter Sichol tying for fourth (79) and sophomore Amy Beanblossom taking sixth (81).

Both teams advanced to the sectional tournament set for Tuesday, Oct. 13, at Lakes Golf Course in Arlington Heights.

Ramblers head coach Katie Hickey said she was pleased with the team’s performance but added she feels there is still some room for improvement.

“I thought our (team) really held in there and I was pleased just to have the opportunity to advance,” she said.

Hickey said the team needs to improve its putting to score lower at next week’s sectional. She believes it was the group’s Achilles heel at the regional.

Heading into the sectional, her message to the team will be the same it’s been for much of this unusual season.

On the boys side, New Trier freshman Noah Zyung stole the show, as his 69 bested the field by three strokes.

“You don’t expect freshman at New Trier to step in and be a contributor like that, but he’s been rock solid all year,” Trevs coach Pete Drevline said. “He doesn’t play like a freshman, he doesn’t look like a freshman. He’s going to be special for the next three years.”

A trio of seniors also scored for New Trier. Michael Rudnick (76), Charlie Creamean (77) and Max Barr (77) helped their team to a 299 total, just two strokes ahead of Loyola Academy.

The Ramblers were led by senior Patrick Adler and his 72, good enough for second overall. Ryan Banas (76), Mac Purcell (76) and John Rosinski (77) pitched in for Loyola.

Both teams move on to sectional play Tuesday, Oct. 13, at Poplar Creek in Hoffman Estates.

“It gets more difficult,” Drevline said. “There’s no defense in golf, so if we play our own game, I like our chances.”

And if the IHSA cannot figure out how to add a state championship, Drevline said he hopes area coaches can make something happen.

“Naturally all the coaches in the area would love to have an opportunity to play another tournament,” he said. “I look at the seniors and they are missing out on an opportunity. If the state does not host something, maybe we can figure something out.”