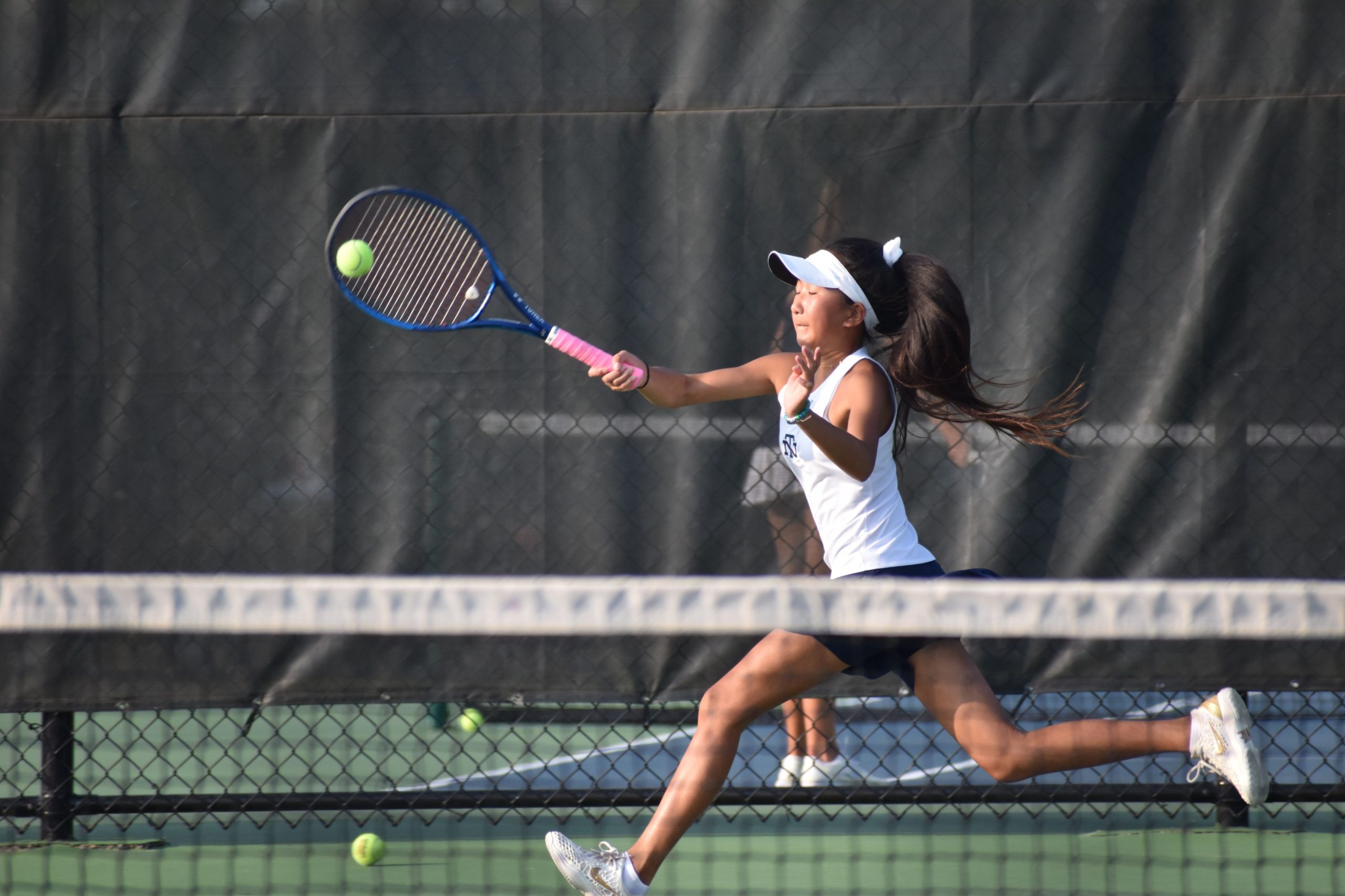 New Trier freshman Madison Liu gets there for a forehand in her win at top singles Sept. 22 at Glenbrook South. | Joe Coughlin/The Record North Shore

Talent evaluation doesn’t get much simpler than this.

“She came in and has been really solid from the very beginning,” he added. “… Good groundstrokes, volleys. She’s the littlest girl on our team. You see her walking down the street you wouldn’t think she’s a big-time tennis player. We actually have a nickname. We call her, Madison Avenue, which is a big-time street. It turned into just Avenue.”

She is also surrounded by plenty of talent that has guided New Trier to an unbeaten record at 7-0-1, with the tie coming against Deerfield.

Check out a photo gallery of the Trevians 5-2 win over Central Suburban South foe Glenbrook South.

Backing up Liu on the singles side is sophomore Julia Ross, who won a game at state a season ago and has yet to lose this year, Morse-Karzen said.

On the doubles side, senior captains Macy Zaban and Emma Bhote are leading the way, also with an unbeaten slate so far.

Add in plenty of depth, and the Trevians are one of most potent teams in the state. The catch is there is no state championships this season.
The COVID-19 pandemic has forced major disruption in Illinois high school sports. As of now (Sept. 30), girls tennis will conclude with the sectional round Friday-Saturday, Oct 16-17.

“Things are different,” Morse-Karzen said about the adjusted season and safety protocols. “You have to adjust if you want to be able to play. But it’s been great for the kids to have a girls tennis season. We even have had kids come to practice early. They are at home doing online stuff, and looking for something else to do.”

The Trevians, winners of 11 straight sectional titles, will face an added challenge this year, as perennial powers Deerfield and Highland Park have moved into the sectional.

New Trier gets a preview of Highland Park this Saturday, Oct. 3, during a college-style meet (20 singles matches, 10 doubles matches) at Nielsen Tennis Center in Winnetka.