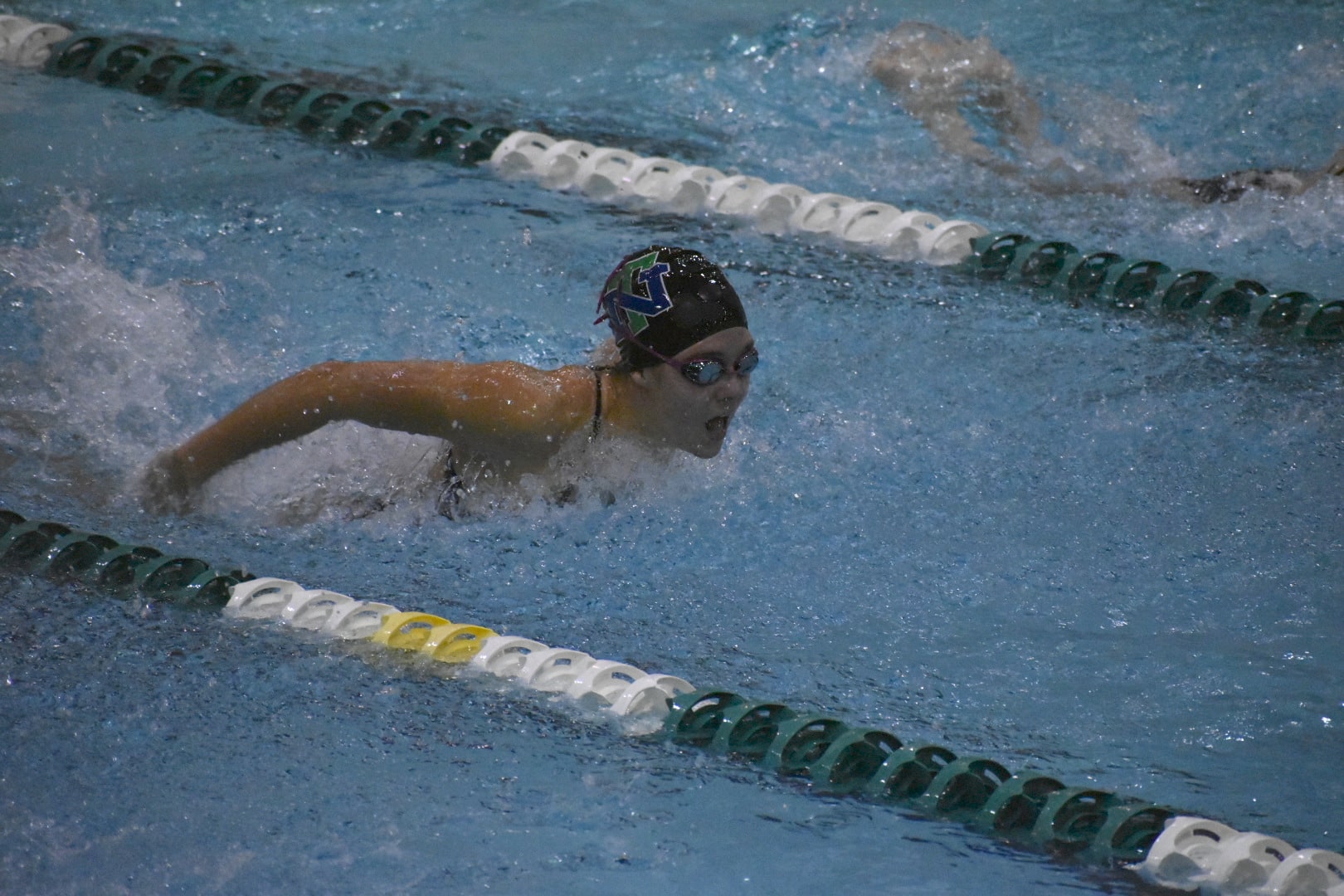 It was the final event of the 2019 IHSA girls swimming and diving championships, and there wasn’t much the Trevians could do.

Swimmers processed the various races that could have gone differently and helped them win a championship, but that didn’t do much good. It was out of their control. They finished second in state in their home pool.

Extra motivation was unneeded heading into this season. The program’s goal is always to win a state championship, but, with a couple returning state champions and more talent on the roster, this was the year to do it.

COVID-19 brought the world to a halt in March and had serious ramifications on Illinois high school sports. While girls swimming and diving could compete during the fall, it would look like nothing anyone had experienced before.

The biggest ramification was the cancelation of the state meet. There was no way to effectively run it and crown a champion, taking away the dreams New Trier swimmers set their sights on last November.

“It makes me really upset that we won’t have this team ever again and we’re at one of our highs right now with the people we have on our team, the work ethic of everyone on this team right now,” said junior Kaeylen Gridley, who won the 100-yard breaststroke state title in 2019. “It was an emotional blow to our whole program because there’s no getting this year back.”

There were moments when having a season was in doubt. Even though head coach Robert Guy communicated well with his swimmers, the Trevians didn’t know what would happen this year.

The Trevians didn’t find out until the Sunday before the first week of practice that they could get in the pool.

“It was very up in the air if we were going to be swimming with the team,” senior Greta Pelzek said. “I’m glad that we got the opportunity to but it’s been weird not being to swim with everyone, being on the opposite lanes and not with my little group of friends.”

Guy has been impressed with how his swimmers have adapted, though that doesn’t mean it’s not strange. Safety is New Trier’s primary concern, so teams compete in virtual meets, swimming the races in their own pools while waiting to see their competitors times.

There are no relay races, because some lanes need to be left open and there is plenty of social distancing and mask wearing.

There are no fans in the stands, which swimmers said was one of the bigger adjustments to make. While not every meet matches the intensity and volume of a state meet, the pool complex is still loud as fans and teammates cheer on the racers.

Some swimmers use the absence of fans and competitors as a race against the clock to try to beat their previous best time, but it’s still weird no matter how many times they compete.

“There’s definitely less energy,” Pelzek said. “We feed off the crowd, we feed off the energy from the other team. Not knowing what they’re doing in their pool is kind of stressful.”

New Trier had to change its goals with no chance of winning a state title. There will be a sectional meet to end the season, but the swimmers are working on improving different technical approaches to their races.

Some saw time away from the pool over the summer as a good way to rejuvenate for the season, posting strong times.

There’s also fun involved. New Trier plays music throughout meets and with the lack of relays, the teams have changed the format of meets. Sometimes they add races swimmers want to work on, while some meets — like a competition against Evanston — featured collegiate events.

Despite the adaptations, there’s still some uncertainty. The Trevians still do not know the format of the sectional meet set to take place on Oct. 24 but like with everything else this season, they’ll control what they can.

“I’ve been super proud and very impressed, particularly with how our seniors have embraced the unknown and uncertainty that’s enabled them to dig in and do the best with the opportunity they have,” Guy said. “I’ve been surprised with their willingness to move forward in a productive way, in a way that helps their teammates and supports all the other people on the team.”

They’re still disappointed, but they’ve grown in a way no one could’ve expected.