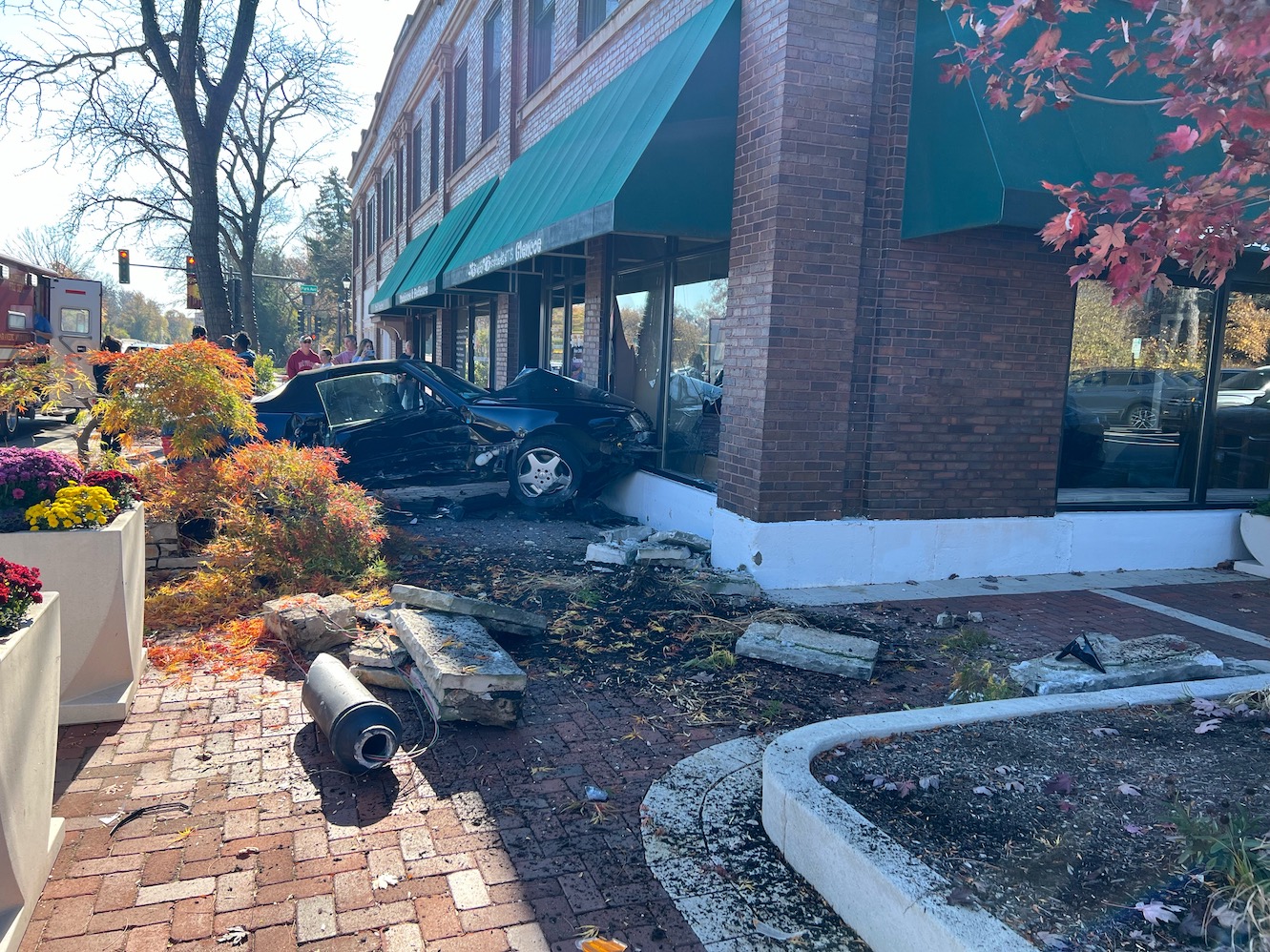 The aftermath of a single-car crash into a Glencoe business that resulted in the death of the driver on Saturday, Oct. 29. | Photo by Susan Berger

A Glencoe woman was pronounced dead on Saturday morning after a car she was driving crashed into a building on Green Bay Road, according to a release from Glencoe Public Safety.

The Cook County Medical Examiner’s Office identified the deceased as 78-year-old Nena Addis, of the 0-100 block of Aspen Lane.

Addis reportedly was driving northbound on Green Bay Road around 10:50 a.m. on Oct. 29 and swerved across traffic and into Bien Assorti, a nail salon at 710 Green Bay Road, near the intersection at Tudor Court.

Glencoe Public Safety Deputy Chief Andrew Perley said in her car, Addis was traveling at a high rate of speed when she drove around cars stopped at the traffic signal on Park and Green Bay. She eventually abruptly veered left across a lane of traffic, smashing through a concrete planter box and into Bien Assorti’s front window.

Mojo Jigd was working at Bien Assorti at the time. He was taking a drink of water near the window when the crash occurred before his eyes.

“It was very loud, the window shattered and it looked like in a movie, in just seconds,” he said.

Perley said multiple customers were in the salon with cuts and bruises. One was taken to the hospital with minor injuries, while another was treated on site, he said.

Perley said Addis, who was the only occupant of the vehicle, was alive but unresponsive when authorities arrived at the scene. She transported to Evanston Hospital, where she later died.

Editor’s Note: One of the witnesses at the scene of the crash is the husband of contributing reporter Susan Berger. His experience was used while developing this news report.