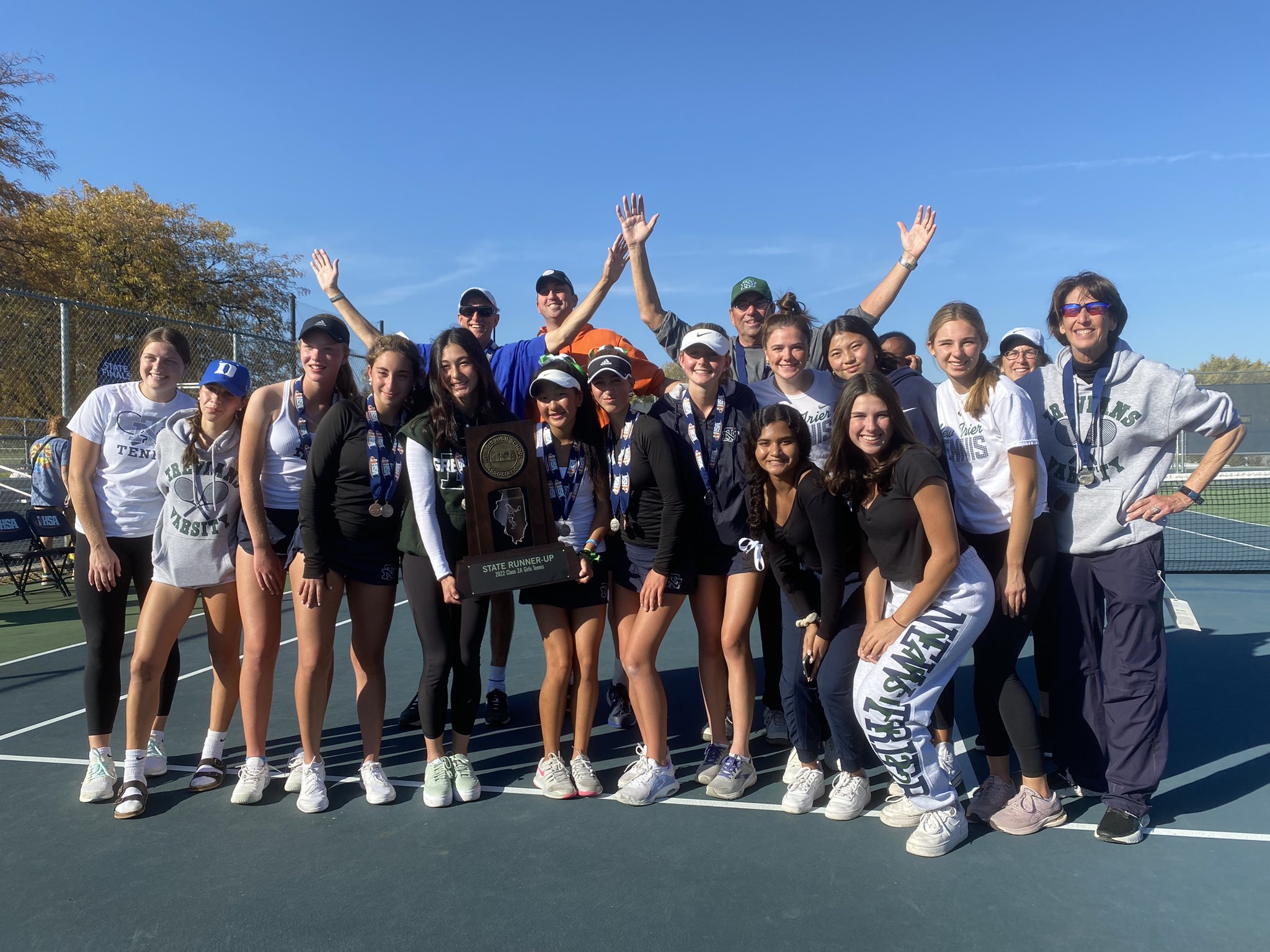 Who needs a tiebreaker when you have Keri Rothenberg and Lucy Parrilli?

The New Trier sophomore duo won its final match Saturday, Oct. 22, at the state championships to claim fifth as a team and give the Trevians a second-place team finish — one point better than third-place Stevenson.

“They lost a close quarterfinal match and then bounced back and won three more matches,” New Trier coach Jerry Morse-Karzen said about Rothenberg and Parrilli. “They clinched second place for us solo. It was a nice win. They played some good tennis.”

The doubles pair toppled Hinsdale Central’s Shannon Stover and Abigail Gambla 6-3, 7-5 to help the Trevians take a step forward from their finish in 2021, when they tied for second place with 26 points.

This time around, with a lineup featuring five of six state returners, the Trevs totaled 29 points, just three back of state champion Hinsdale Central. The Red Devils won their second straight state title and 12th since 2006.

In 2021, Liu finished fifth in her first state-championship appearance, making this year a big step up for the junior.

“She just played some great tennis,” Morse-Karzen said. “The match in the quarterfinals … was one of the best matches I’ve seen. She played another great match in the semis. She showed unbelievable heart running down balls and staying in points in her sixth or seventh hour of play that day. It was very, very impressive.

“It was just neat to watch somebody who works so hard. … She is always playing bigger and stronger kids but she is able to go toe to toe with them because of her movements and her desire.”

In her final IHSA tournament, senior Julia Ross picked up five points for the Trevians with an opening win and then three more in the back draw. Like Liu, Ross also played back-to-back barnburners — winning 6-3, 7-6 (7-4) against Chloe Koons, of Edwardsville, and falling 7-5, 5-7, 10-8 to Liza Gleyzer, of Deerfield, which placed fourth.

The singles bracket’s top seed, Sarah Wang, of Stevenson, lived up to her draw and took down Kovalcik 7-5, 6-2 in the championship match. Hinsdale Central’s Sophia Kim beat Liu for third.

New Trier sophomore Coco Zabel, who played in last year’s finals, teamed with freshman Ariane Lesterhuis to go 3-2 in the tournament. The pair won their first two matches before losing in three sets in the third round and picking up one win in the back draw.

The second-place trophy is the Trevians seventh state trophy since 2011 — three seconds and four thirds. New Trier’s most-recent of their eight state championships came in 2004.

Next season, the Trevs are poised to again return five from their state lineup.

“We have good players who are going to be with us once again,” Morse-Karzen said. “Once you get a taste of that state tournament you know what it’s about.”