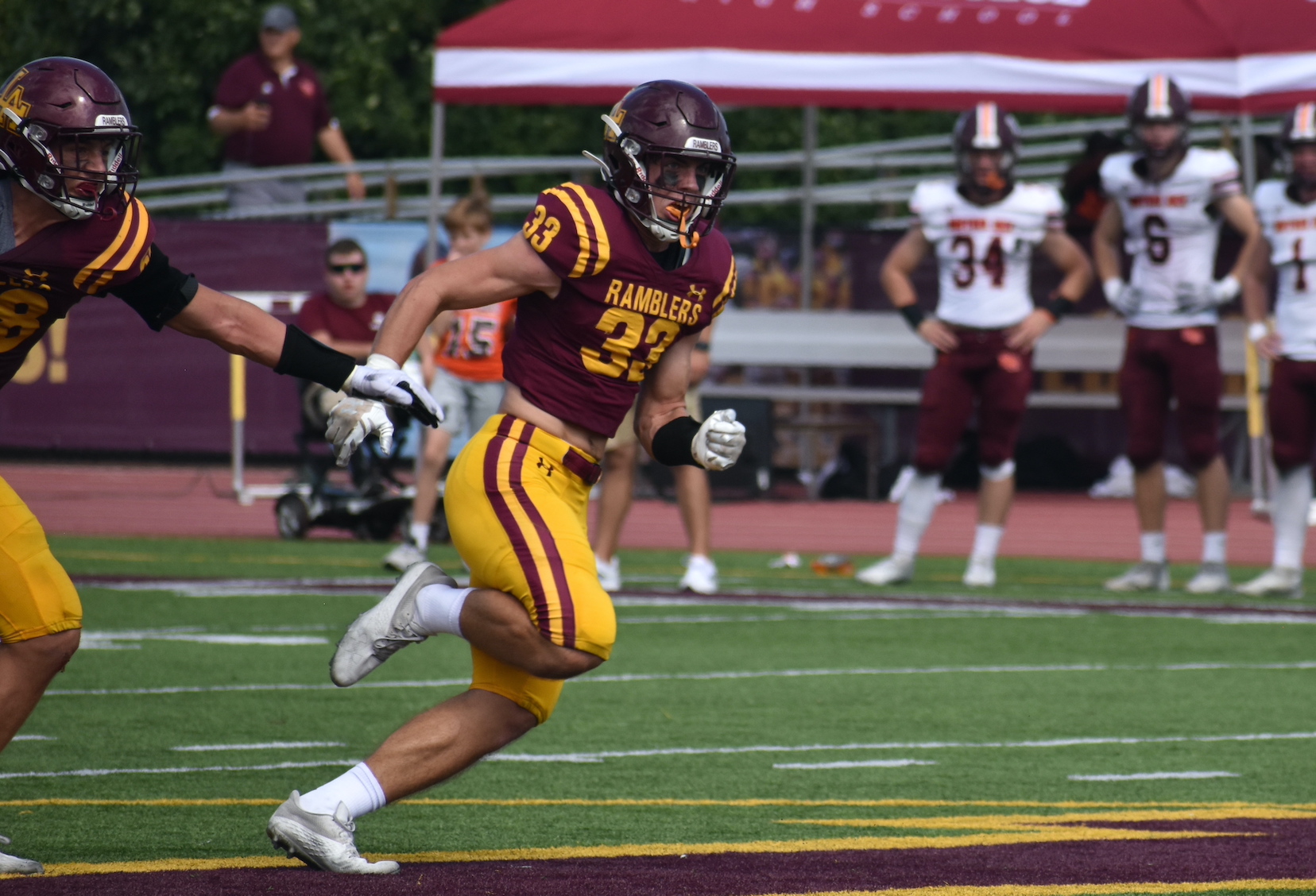 The Ramblers Johnny McGuire chases after the Brother Rice quarterback in a 2022 game. | The Record File Photo

Johnny McGuire is a senior safety for the Ramblers. The West Rogers Park resident returned an interception for a touchdown in a win over St. Patrick on Oct. 15.

I want to go somewhere where I have a shot at getting (playing) time and really making an impact on the team. Playing for a Power 5 school (in one of five conferences: Big Ten, Southeastern, Pacific 12, Atlantic Coast or Big 12) is a dream but it will probably be an Ivy League or Patriot League school.

In the summer, I like to golf. I’m not great at it but really enjoy it. I go to the driving range some nights if we get out of practice early. It’s just something I like to do.

5. If you could another sport, what would it be?

Probably lacrosse. I played in grade school and didn’t get to play a full season freshman year. It’s a fun game. I could run around and use some of my athleticism and hit kids. That would be fun.

6. If you could travel anywhere, where would you go?

I went to Hawaii this summer and would like to go back there. There is so much to do that we didn’t get to. So much more to explore.

I gotta go with a nice big Arnold Palmer. That’s gotta be the go-to. For 99 cents, you can’t turn that down.

When I was in grade school, I used to Irish dance. It’s definitely helped with leg strength and footwork in football.

9. What is your personal sports highlight so far?

My interception against Brother Rice last year. I didn’t get any return yards, but because of how big that game was, that felt great. It was a big momentum shift. That was a really cool play.

10. What are the keys for Loyola’s upcoming playoff run?

Really just focus and studying. That’s what Loyola football is built on: smart players, knowing what we are doing, listening to each other and listening to the coaches. The coaches are going to put us in a position to succeed, so if we listen to them, communicate with each other, play smart football and study the opponent, I think we’ll go really far.