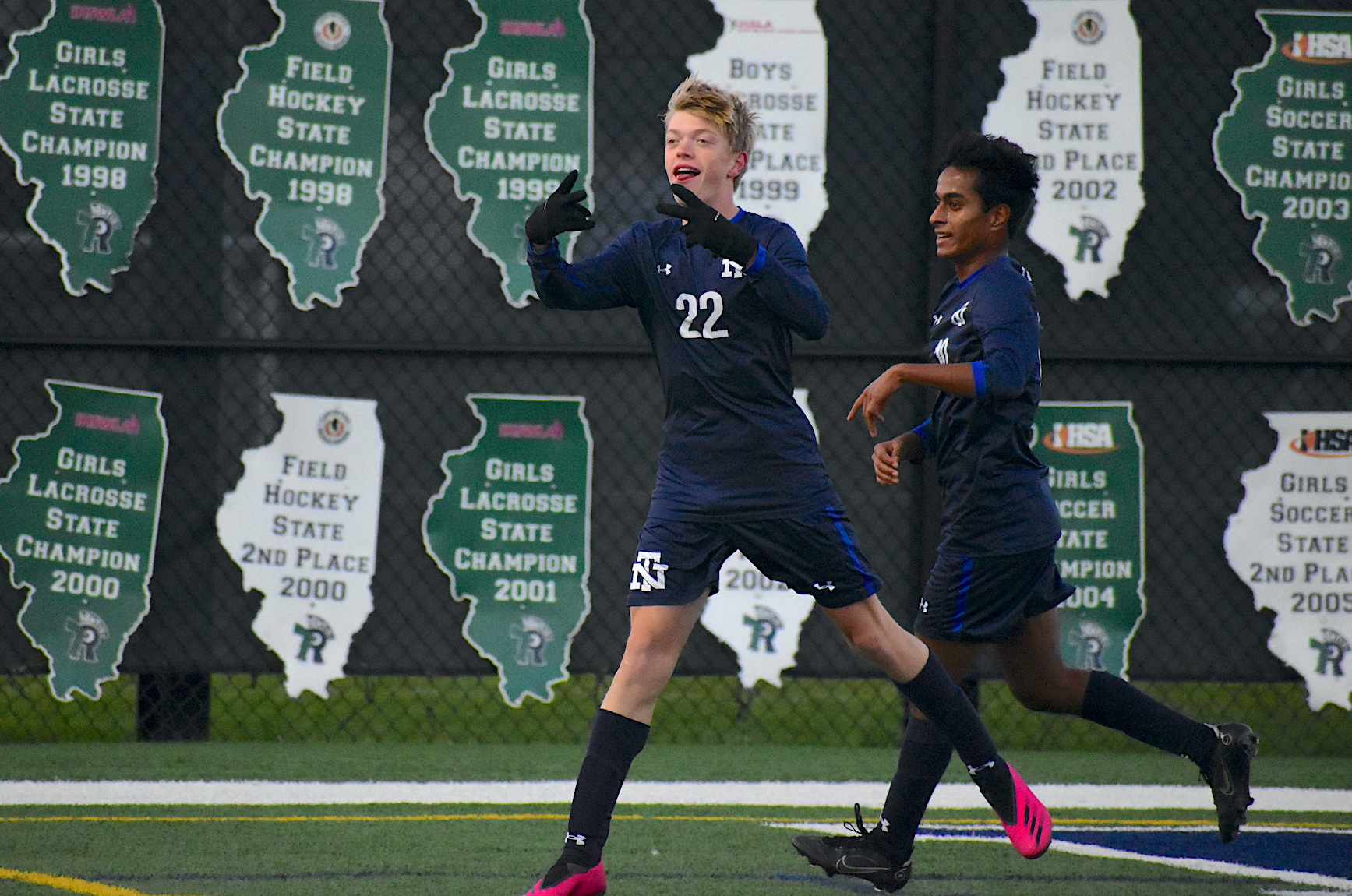 New Trier has once again been a dominant force in Illinois boys soccer, but a one-loss season has not been without its hiccups.

Stellar play followed by “mental lapses” have hurt the Trevs, said head coach Matt Ravenscraft, but not on Friday, Oct. 7.

“We have been talking about 80-minute performances and this game we played 80 minutes,” he said after New Trier’s 2-0 victory over visiting Warren (12-4-2) in Northfield.

Goalkeeper Thomas Terry made four saves to earn the shutout for the hosts.

Ian Vichnick, off a feed from Matthew Perchik, got the Trevians on the scoreboard in the first half, and Theo Franzen recorded the second tally, thanks to a Colin Gottshall assist, in a match controlled by the Trevians.

A second goal has at times been difficult for New Trier to achieve, as seen in 1-1 ties with Glenbrook North, Glenbrook South, Niles North and Grayslake Central.

“Especially coming early in the second half, that (goal) gave us separation that allowed us to control the game,” Ravenscraft said.

The nonconference match was one of four post-conference clashes that lead up to the IHSA Class 3A state tournament. The Trevians earned the top seed in the Glenbrook South Sectional and will begin play in the Glenbrook North Regional on Tuesday, Oct. 18. New Trier is searching for its sixth straight regional crown and first sectional title since 2014.

The Trevians have plenty of experience on the pitch, led by seniors Evan Kanellos (9 goals, 8 assists), Perchik (7 goals, 4 assists) and Franzen (4 goals, 3 assists). Terry, a sophomore, and Shafer Brahm, a junior, have split duties in net and are surrounded by senior defender Gottshall and juniors Kevin Farina and Liam Myers. More seniors — such as Aryan Krishna, Owen Shean and Karsten Segall — patrol the midfield.

Following three straight draws in late September, the Trevians have turned it on in October, outscoring their noncon foes 10-0 in three straight wins. Zion-Benton (13-6-3) is on deck Thursday, Oct. 13, in Northfield to wrap up the regular season.

“They are 100 percent locked in and they know this season will be defined with how it goes in the postseason,” Ravenscraft said. “They key is to be motivated and take each game one at a time.”