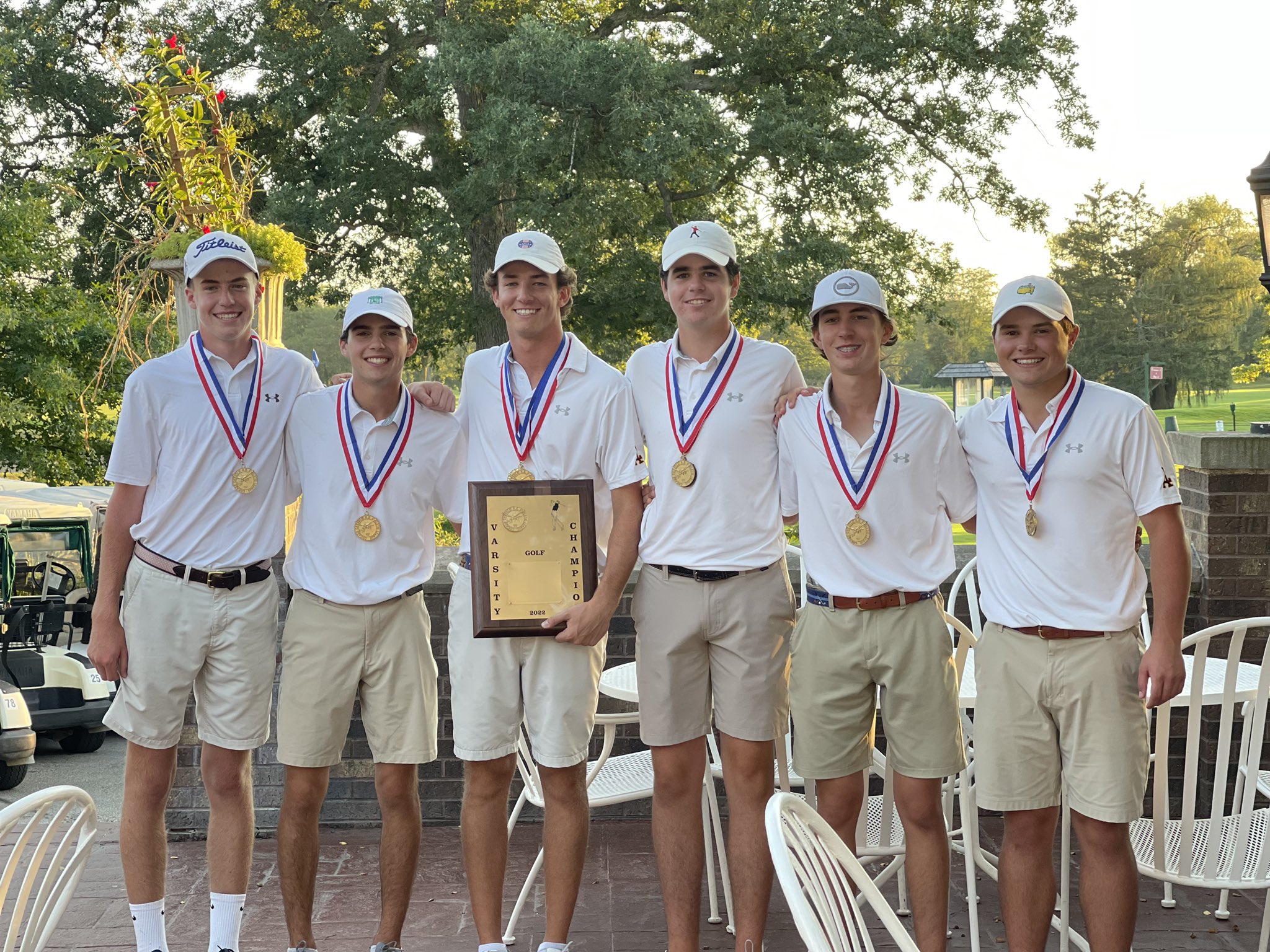 Technology has made it simpler than ever to check in on your competition on the golf course.

All high school golfers like Ryan Banas, of Loyola Academy, need to do is pull out their phone and update the scoreboard on a mobile app.

But that’s not Banas’ style. The senior likes “to stay in my own head,” and why not? He was playing one of the best rounds of his life and in league history on Monday, Sept. 19, on Cog Hill No. 3 in Lemont.

Without knowledge of the team scores, though, Banas was surprised to see his teammates and other golfers gathered around the 18th green. He finally checked the leaderboard — for strategy’s sake — to find out he did not need to be overly aggressive with his putter. The Ramblers were already up 10 strokes.

“It was a very relieving feeling as I hit my last put on 18,” he said. “I tap in to finish the round and I am thinking about the (team score): 17 under par. In my four years, we have never done anything like that. It was definitely cool to shoot a number like that with my best friends.”

Banas and Loyola’s collective score of 271 (-17) won the Chicago Catholic League meet by a whopping 11 strokes, but it also shattered the previous CCL record by 10 strokes. It was their second straight league championship.

A Marquette recruit, Banas defended his individual league title, but this time set a CCL record himself with an 8-under 64, besting the previous mark by two strokes.

“I got off to a slow start on a lot of the birdie holes on the front 9, but got it going with a few in a row on the back,” he said. “I birdied two of the hardest holes on the course and that gave me confidence going into the back. I had one bad drive and that was really my only bad swing of the day.

“(Monday) was a good example of being positive and playing my own game, and it felt really good.”

Banas’ efforts were supported by a complete effort from the Ramblers lineup. Junior Gavin Smith carded a -5, 67, while sophomore Drew Southwell was 4-under with his 68. Senior Joey Pieracci’s even-par 72 rounded out the scoring for Loyola Academy.

First-year Ramblers coach Sean Batti said his team’s year-long work, which includes the preseason, paid off in a big moment.

“It was fantastic,” he said. “This is a close group of kids that have worked extremely hard. We even did an offseason program on top of the training these guys do with their personal coaches. … They put the work in on a day-to-day basis and wanted to accomplish something special.”

Batti said that Banas’ record-breaking round was not a surprise. He said Banas lives at the range and is one of the best golfers in Illinois.

And even though the senior had not shot in the 60s during competition this season, he had something to say before the conference meet.

“I think he was hungry and a little disappointed in himself … in his eyes,” Betti said. “He told me the day before that he was ready, locked in and was going to go low.”

Banas said he knows a round is going to go well when his putter is working, and he was sinking putts early and often during the league meet.

He said he’s just happy to be playing with his friends and it is “hard to describe” the fun they all have on the course together. The conference performance could give them the boost they need to keep their season going as long as possible.

“It helps a lot confidence-wise,” Banas said. “That was a good day for me but also a great day for my teammates. Everyone has been playing well the past few weeks. We have a pretty tough regional and sectional to make it to state, but we need to believe in ourselves. Knowing we can shoot low numbers, especially under pressure at CCL, is definitely big.”

Loyola Academy has won four state championships in its history, the most recent coming in 2001. The Ramblers last trophied in the state tournament in 2011, when they took third, and last qualified in 2018, when they placed fifth.