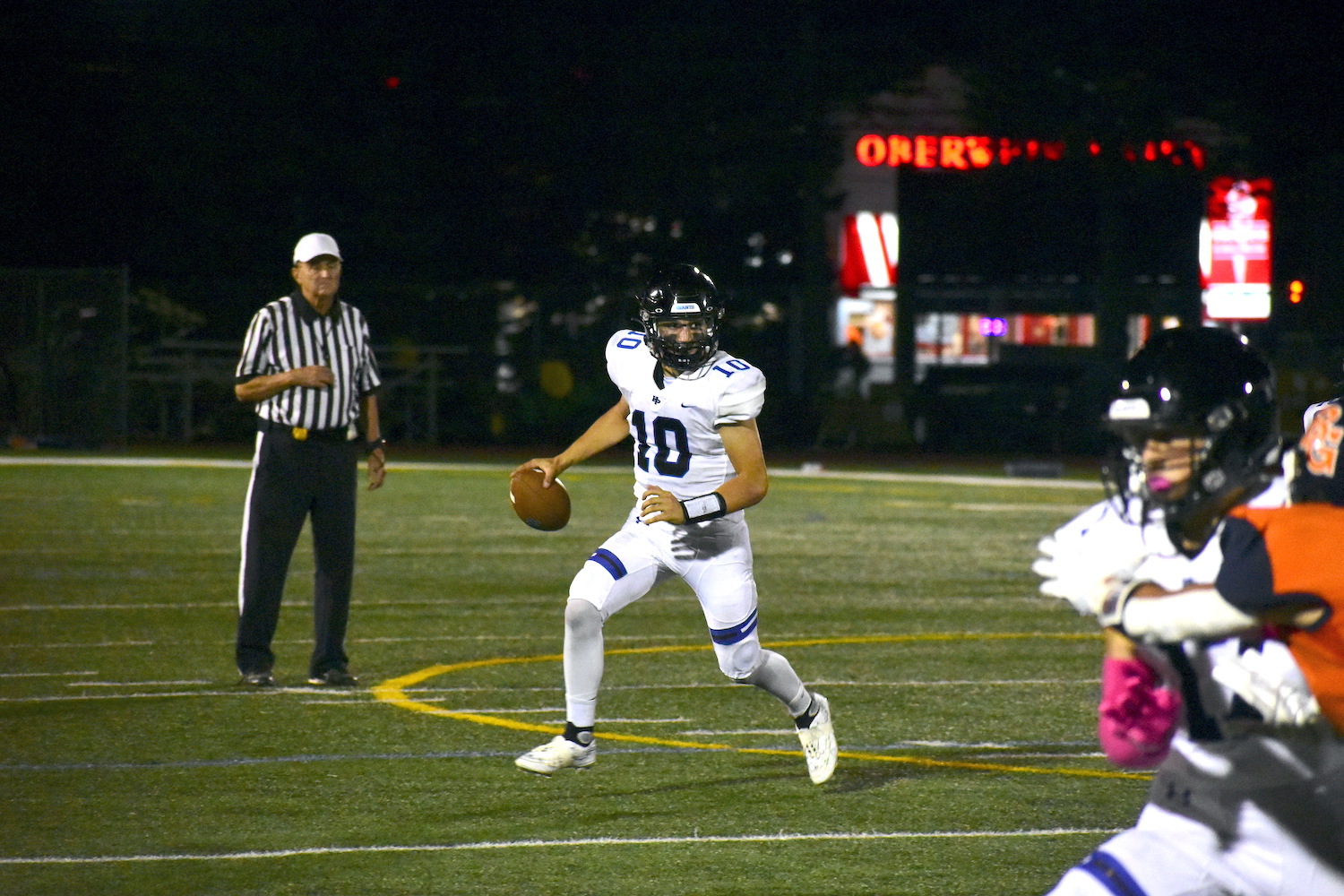 Highland Park’s final drive was inconsequential, at least in relation to the scoreboard, but that didn’t mean it was useless.

The Giants’ 43 yards in seven plays — six of them running plays — did not get them closer to victory, but it did prove their mettle.

“I thought we fought hard. I thought we learned a lot about ourselves and that’s always good after a game like this,” Highland Park coach Anthony Kopp said. “… And I think that says a lot about our leadership and our captains. They were the first ones when we went down to push everybody and say, ‘hey let’s finish this game strong.'”

The Giants hope the late-game grit can help them rebound from their first loss of the season, a 45-14 defeat at the hands of host Buffalo Grove Friday, Sept. 9.

The Bison’s high-flying offense could not be contained. The home team did not punt all night, scoring on seven of their 10 possessions and turning the ball over the other three.

At first, Highland Park was up to the challenge.

After Buffalo Grove scored first, a 25-yard rush from Michael Cervantes, the Giants answered with a 12-play, 76-yard drive capped with a 6-yard scoring run from junior quarterback David Finfer.

The rest of the half, however, Highland Park could not make the big play, while the Bison scored three more times.

“We knew they were a team that could score quick and that wants to get the ball in their playmakers’ hands,” Kopp said. “Coming out, we were looking to stop that, but it’s a good program and they made plays. We made some plays, but not enough.”

Out of halftime, the Giants found a flicker of hope.

Nicholas Blumer, who had an interception to end the first half, jumped in front of a pass in the flat, picked it off and scampered 20 yards to the end zone.

“Just gotta read the screen, jump it and make sure you get the ball,” said Blumer, who also had a pick-six in the Giants’ opening-night victory Aug. 26. “

The big play seemed to ignite the Bison, who drove 80 yards in five passing pays on their next drive to get the seven points back. Buffalo Grove added a touchdown and field goal in the fourth quarter to put the game away.

Bison quarterback Payton Diaz completed 14 of his 23 passes for 239 yards and a touchdown. Cervantes had seven receptions for 118 yards, scoring once through the air and once on the ground. Buffalo Grove gained 166 rushing yards.

Highland Park was led by Finfer’s 79 rushing yards. Nikko Rosenbloom and Ezra Kornberg added 42 and 25, respectively. Blumer had the two interceptions, as well as four catches for 49 yards.

Kopp said the coaching staff was pleased with the team’s rushing attack against a bigger and deeper Buffalo Grove.

“I was very happy with the run game today,” he said. “That’s a big defense, a big defensive line. We were clearly outsized up front and we were running it just fine — well, actually. Our backs were hitting the holes hard and finishing runs. That’s big for us.”

The loss drops the Giants to 2-1 as they prepare for another tough nonconference test in Week 4, when they play Hersey (3-0). The Huskies have wins over New Trier, Fremd and Deerfield with a combined score of 118-14.

To Blumer, the game plan is simple. It’s one step at a time.

“Wake up, go to practice and get ready for next week,” he said. 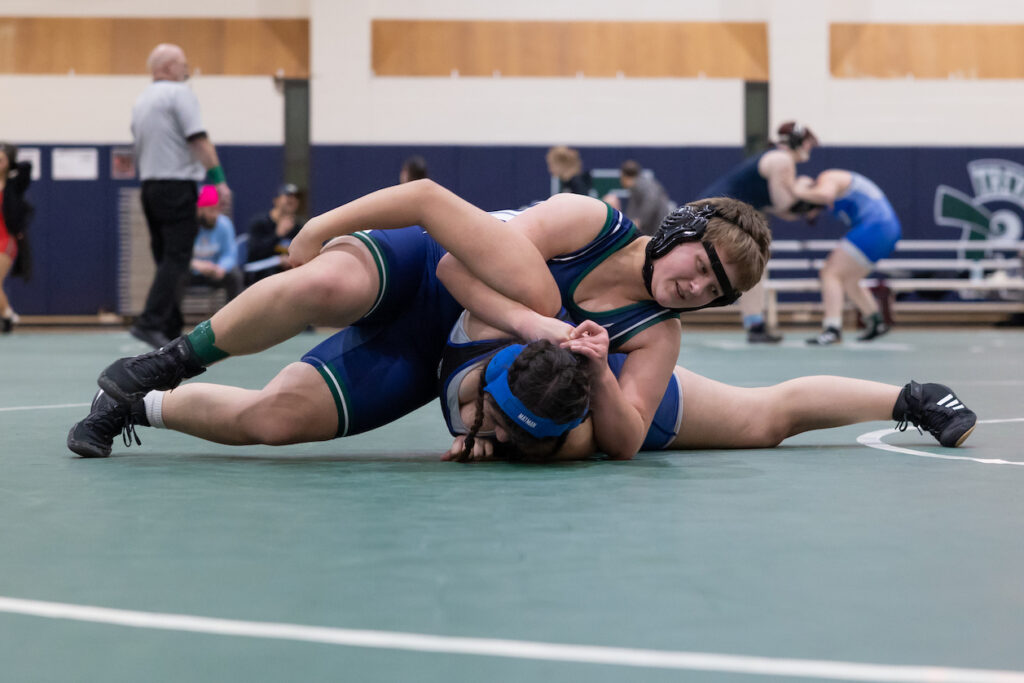