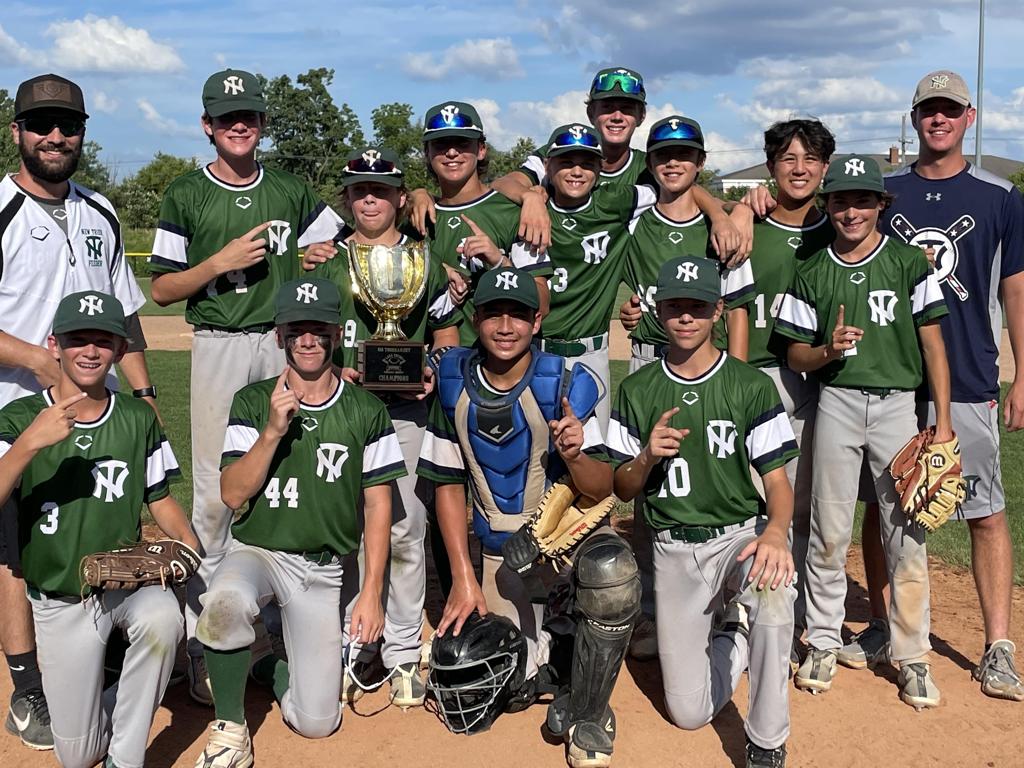 The drama and thrills may be eluding the professional boys of summer in Chicago, but local ballplayers are picking up the slack.

It was neighbor against neighbor on July 24 in a winner-take-all rumble in Glenview between New Trier Feeder Baseball’s two 13U teams: Blue and Green.

According the teams’ coaches, it was the first time two New Trier Feeder teams have met in the Lake Shore Feeder Baseball League championship, and a spirited crowd enveloped the field to enjoy the friendly rivalry.

“It was amazing to see the community support,” Green coach Tyler Kopp said. “A lot of people showed up for this game — some from 12U, 11U. It was a lot of people. I thought the support was tremendous.”

Blue, the top seed in the north half of the tournament bracket, jumped out to a 6-1 lead, and Green’s comeback window was shrinking fast.

Blue coach John Rosinski said defense played a key part for both teams as the game moved into the latter innings.

“The kids were really excited to play,” Rosinski said. “It was a great environment with all the fans, and the players had a lot of energy. There were so many exciting plays defensively on both sides. It was a well-played game.”

With only six outs to play with, though, Green awoke. A home run sparked a 10-run outburst in Green’s half of the sixth inning. The deficit was too much for Blue to overcome in just two innings, and Green emerged with a 11-7 victory to cap a special run.

“We fed off the energy and had fun,” Kopp said. “It’s youth baseball and sometimes younger kids can put too much pressure on themselves in those situations, but they just stayed loose and wanted to compete.”

The dramatic finale was the culmination of an exciting summer for the New Trier Feeder 13U squads.

Both teams play in the same league (LSFBL) but different divisions, each team competing with nine divisionmates (teams from Evanston, Skokie, Glenview, etc.). Green and Blue did not play each other during the regular season and forged unique paths to the title game.

Blue finished atop the upper division, earning the top seed in the tournament despite a couple significant injuries.

“It was a very exciting season,” Rosinski said. We had some bad injuries along the way and had both players come back to finish the year with us. … The group as a whole was very close. It was like coaching a group of best friends and brothers by the end of the year.”

The Green team played in the opposite division and struggled at times and finished in the middle of the standings.

The No. 5 tournament seed on its half of the bracket Green had to conquer the division’s best to advance. Green beat the bracket’s No. 1, 2 and 4 seeds to grab its championship berth.

“Our road to the championship was very difficult,” Kopp said. ” … Being the fifth seeded team, teams didn’t really expect us to come out as aggressive as we did. We were underdogs that teams doubted. A lot of them thought they had it in the bag or had an easy route. Our guys just fed off that energy and knew we were better than what we showed during the season.”

By the tournament’s semifinals, though, Green had gained the attention and fanfare of many, including their New Trier brethren from Blue, which cheered on Green to victory over Evanston in the semis.

Green finished off its improbable run in the title game.

While only one team could take home the championship trophy, Green and Blue met afterward for hugs and handshakes and even a group photo. 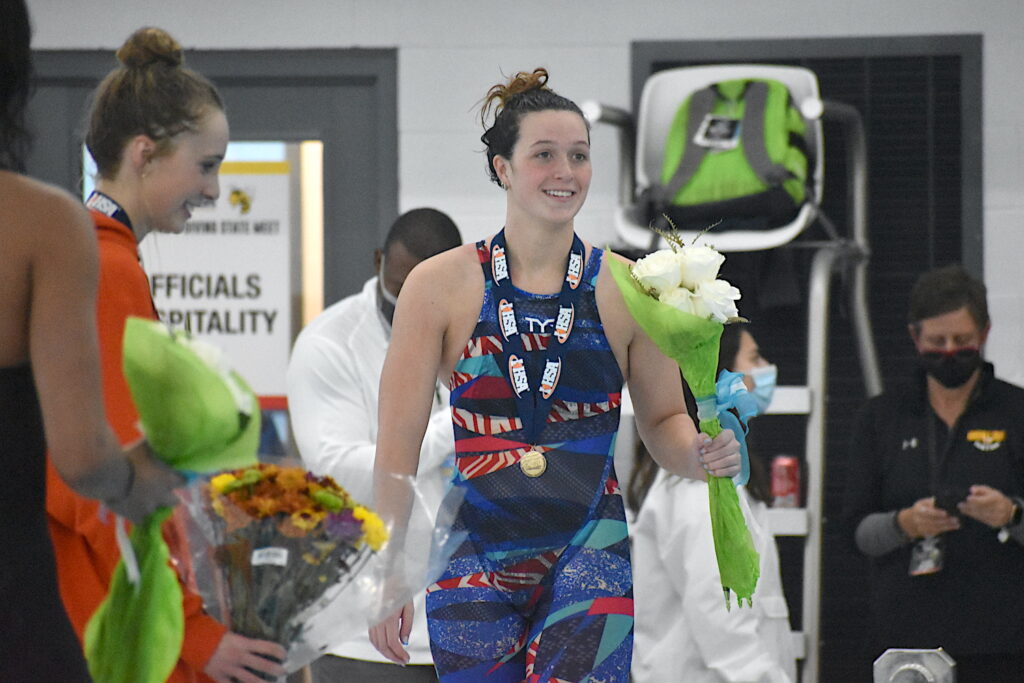 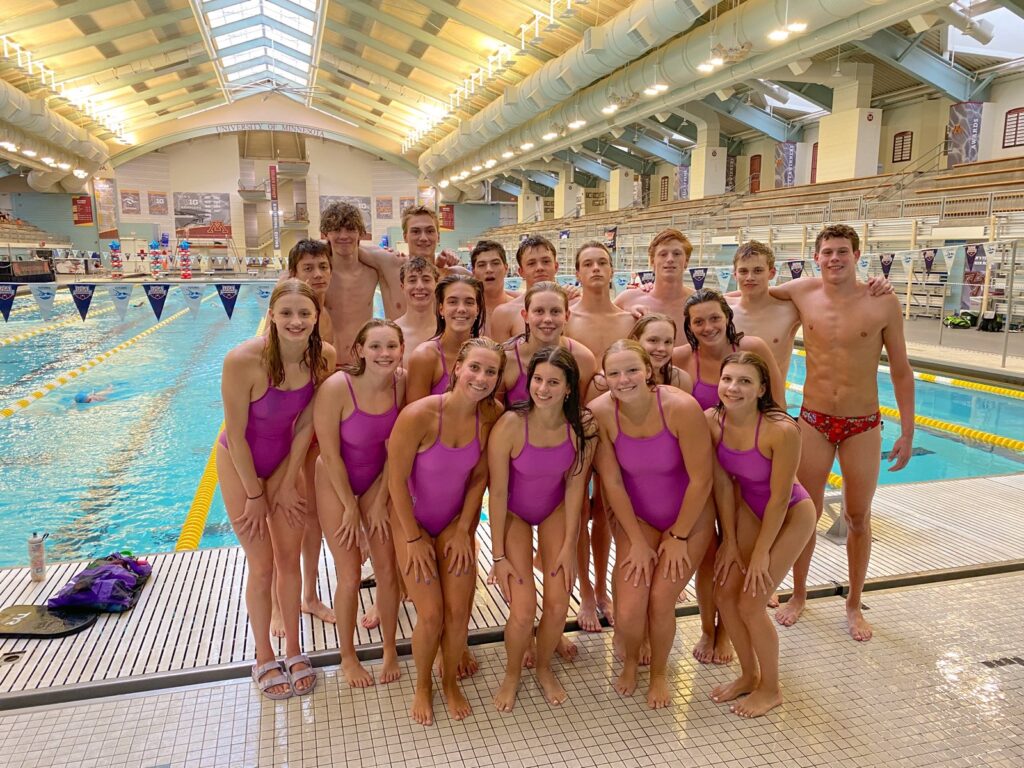