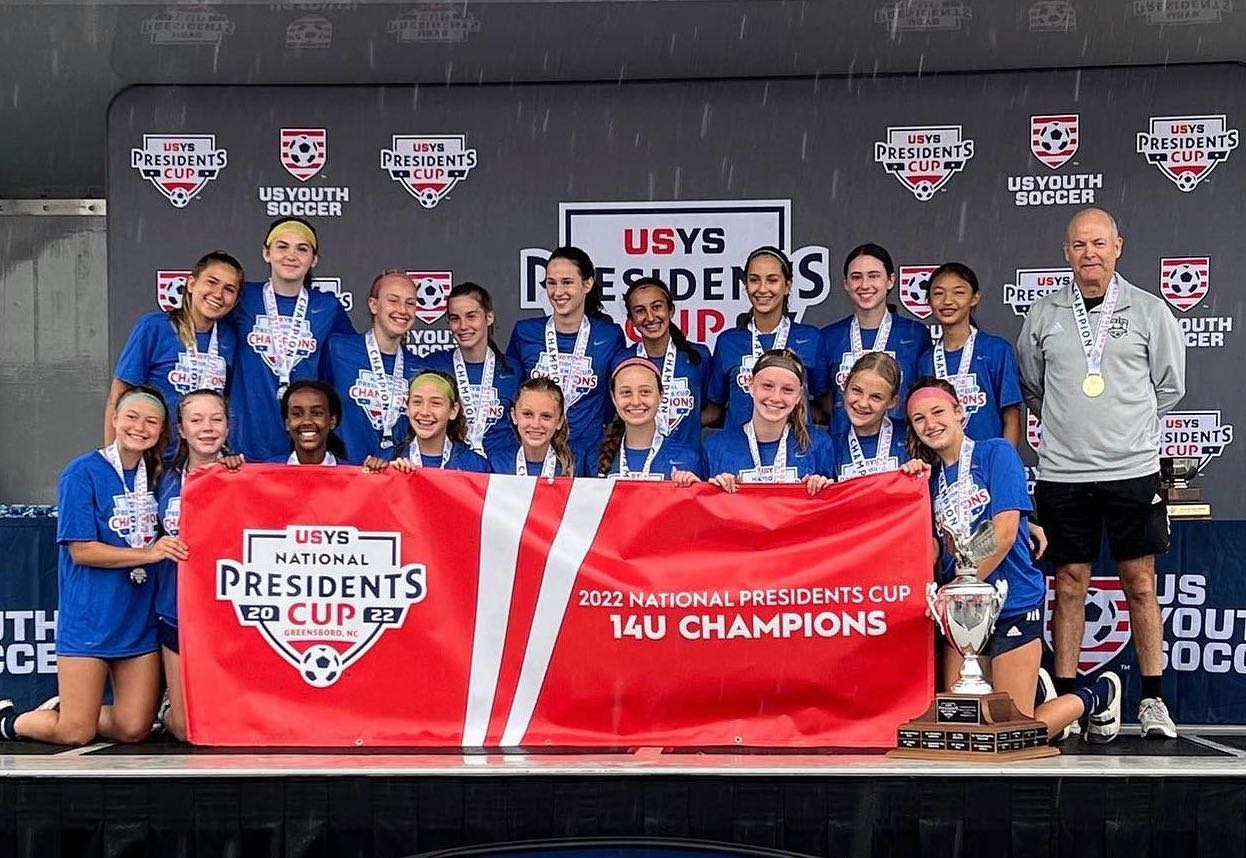 It’s important to get started on the right foot.

Kaya Schneider and her FC-1 Academy team took that literally in the championship match of the U.S. Youth Soccer National President’s Cup on July 10 in North Carolina.

About 40 seconds in, Schneider, of Northbrook, ripped a shot (with her right foot) from about 35 yards away into the back of the net, sparking a 3-0 victory over North Union United (Pennsylvania) for the academy’s U14 Elite Blue team.

The win avenged a loss to NUU in the tournament’s opening round and gave FC 1 Academy, a 12-year-old travel soccer program out of Glenview, its first national championship.

“They responded,” FC-1 coach Kyle Kurz said about the first-round loss. “We had a meeting an hour before (the championship game) and I could tell right then the girls were ready to go. They were in a good spot … very confident.”

FC-1 Academy U14 Elite Blue comprises girls from several northern suburbs, including seven players from Northbrook and five from Glenview. Two of the girls (Reese Crosby and Nadia Barbieri) are from Highland Park and one (Catherine Shean) is from Wilmette. Most of the team, Kurz said, will begin high school this fall.

The team’s path to North Carolina began in Illinois, where U14 Elite qualified for regional play in St. Louis.

In St. Louis, the team lost to BC Fire out of Missouri in its second match, but fought its way into the medal round. There, after a 2-1 victory against a team from Minnesota, FC1’s U14 Elite again faced BC Fire and came away with a 3-0 win on June 20 to earn a berth in the national tournament.

To open play in Greensboro, North Carolina, U14 Elite fell 2-0 to NUU on July 8. Kurz lamented how he prepped his team for the opener, but called his team a “resilient group.”

U14 Elite responded with a 4-2 victory over Villareal out of north Texas on July 9 to set up the rematch with NUU the next day.

To support the early goal, U14 Elite scored off a corner kick and a set piece to complete the 3-0 victory and a remarkable run to the President’s Cup.

“Everybody contributed throughout the entire event,” Kurz said. “It was a complete team effort and we couldn’t have done it without everybody doing their best job.”