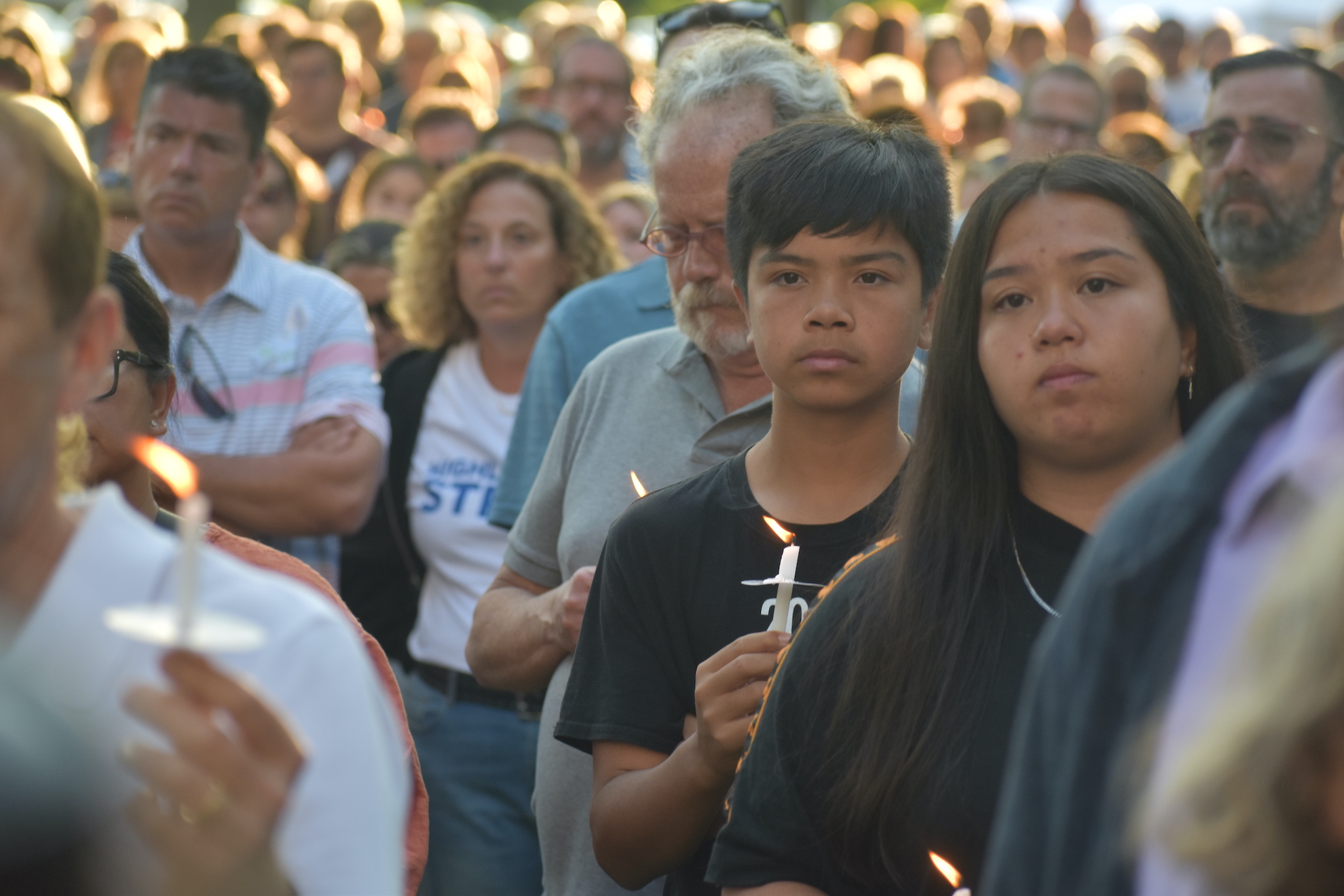 Wounds are unique. People are too. And that makes healing difficult, if not impossible, to predict.

While Highland Park moves forward following a violent attack on the town’s Fourth of July parade, community leaders urged patience and compassion on Wednesday, July 13, at City Hall during a vigil to remember all the victims and survivors of the mass shooting.

“It is hard to speak of healing when we are in these depths (of mourning),” said Rabbi Isaac Serotta, leader of Makom Solel Lakeside in Highland Park. “That may be true for a long time to come.

“It is too soon to say what we learned, but already knowing that we can care for one another in our community and also knowing we can reach out to those in need in other parts of our city and our nation.”

Serotta led the evening’s speakers after the playing of “Amazing Grace” by a local ceremony band featuring bagpipes and drums. He was followed by Mayor Nancy Rotering and Rev. Quincy Worthington, of Highland Park Presbyterian Church.

Rotering, whose words were also spoken in Spanish by a translator, urged the community members to heal at their own pace.

“We are all survivors,” she said. “Each of us will have a different experience and a different timeline as we find a way to move forward into our new normal.”

She also asked residents to honor the victims by taking action, “whatever that means to you and yours.” To Rotering, that means pushing for gun legislation.

The gunman in the Highland Park attack reportedly used an assault-style rifle, identified by law enforcement as a Smith & Wesson M&P15. Rotering told media members prior to the event that her priority is to get assault weapons banned across the United States.

“Frankly my goal and my goal forever more in my life is get these combat weapons out of my country,” she said.

Rotering also added she is advocating for strengthening background checks for gun purchasers, increasing transparency around “red-flag laws” and raising to 21 the legal age to purchase a firearm.

Prior to Worthington stepping to the lectern, it candles spread throughout the hundreds gathered on the City Hall lawn to honor the victims and represent the local connection.

Worthington told his fellow community members that unity included people across Chicagoland and the world who also have been traumatized by gun violence.

“Any blood is too sacred to be spilled on our streets by senseless violence,” he said. ” … Let us not rest until the massacres and traumas just a week behind us never happen to any community or any person ever again.

Jami Weinstein has lived in and around Highland Park her whole life. She has always felt safe wherever she has gone. Things are different for her now.

“It’s hard to express to people,” she said. “I always felt safe, but now I feel fear to be honest.”

Vigils, like the one Wednesday and the one last week in Highwood, are helping with that.

“It’s encouraging to know how united we all are,” Weinstein said. “I don’t feel so emotional (here).”