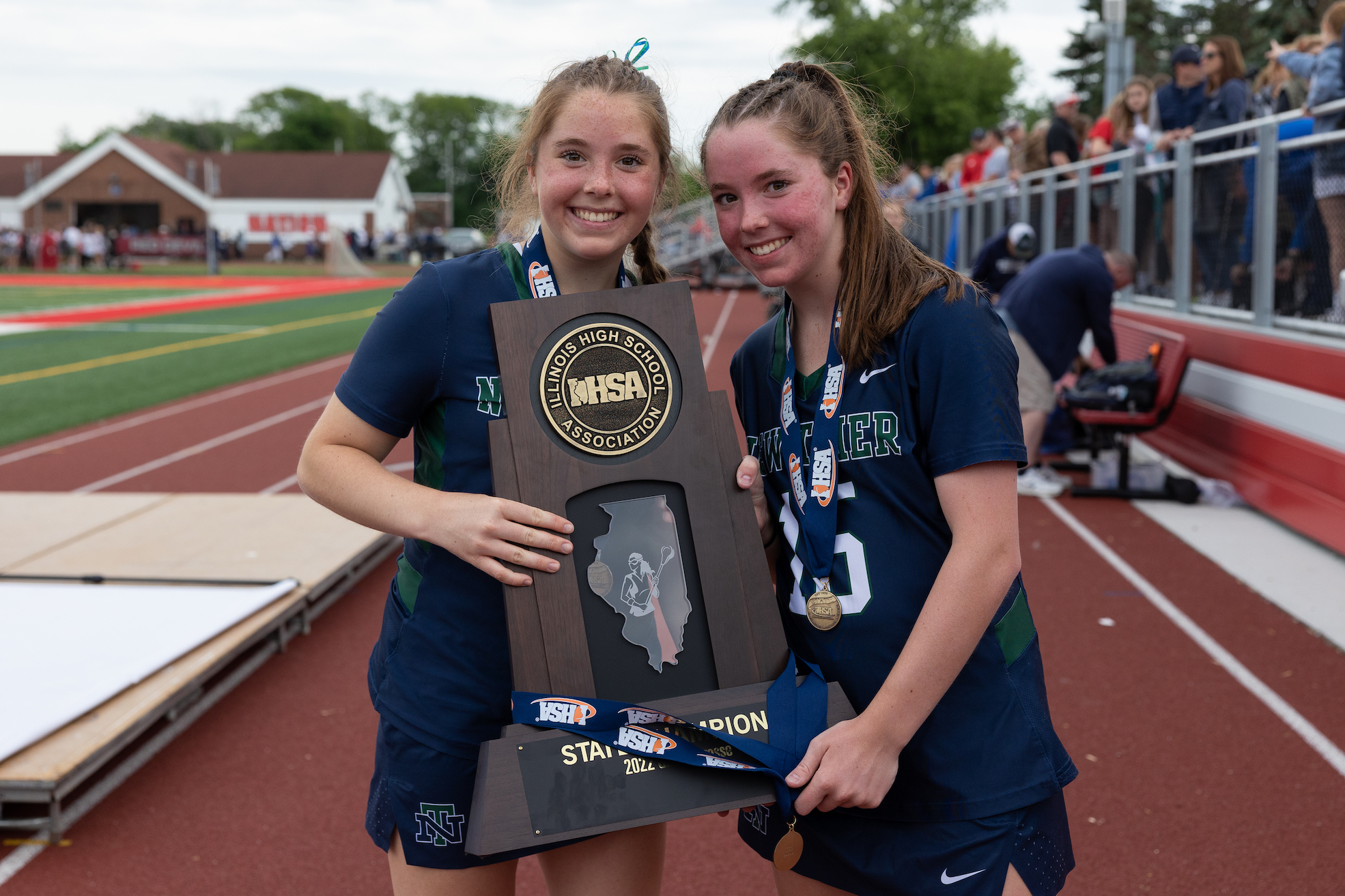 Grace and Emma Curry are twin sisters who recently helped the Trevians to a state championship. Both will play lacrosse for George Washington University next season.

Grace: Before I play, I like to eat a healthy meal. It varies usually. And on the bus ride I like to focus and think of the game ahead.

Emma: When I drive over to the bus or the field, I like to blast music in my car to get me hyped up. Then, I like to stay locked in during warmups and make sure my stretching is extra good before games.

Grace: I liked how it’s a very academic school and it is located in the city (Washington, D.C.) and especially in D.C. where everything around it is full of opportunities and the lacrosse also drew me in and the program is very good and I liked the coaches and players.

Emma: When I was researching colleges, before the whole lacrosse aspect, I liked G.W. because I was really interested in majoring in journalism. So my first thought was academic and then I reached out to the lacrosse coaches because I thought it would be a win-win situation to study what I was interested in and play the sport that I love. And also being in D.C. and I loved the campus.

Grace: Hanging out with my family and my friends is probably what I like to do the most.

Emma: I would say the same thing and also I like to read in the summer when working because I get to read a lot.

4. What’s the biggest difference between you two while you are on the field?

Grace: I would say that I like to on the wing more and Emma is more of a crease person so often times she is feeding and I’ll be cutting. So there’s not a ton of difference but we work well together.

Emma: I would say the exact same thing. I definitely stay behind the crease more.

5. What’s the biggest difference between you off the field?

Grace: We don’t have many differences. I have celiac disease so I can’t eat the same things as her.

Emma: Yeah, I can’t think of any differences.

6. What is your favorite TV program right now?

Grace: I would say “New Girl.”

Grace: I am probably buying gum. I like the watermelon gum. That’s my favorite.

Emma: I’d probably buy LIfesaver mints. I kind of have an addiction.

8. Do you have a favorite athlete?

Grace: Yeah, my favorite is Charlotte North (All-America attack, leading NCAA point scorer in 2022, two-time national champion in 2021, 2022 with Boston College). She has such a cool shot and just manages to get the ball in the net every time she shoots.

9. If you could play another sport, what would it be?

Grace: I would probably play hockey, because I really think it’s a cool sport. Emma and I played field hockey up until our junior year and really liked that so I feel hockey would be really interesting to play.

10. You ended your seniors seasons with a state championship. What did that mean to you?

Grace: After losing to Loyola last year, I think all of us seniors wanted it extra this year, just to have a championship we can say we won. It’s something for me especially that we were looking for this season and being able to say we are state champions.

Emma: I agree. After last year, 11-6 we lost to Loyola, I just wanted to come back and win this season. The loss last year was so hard and the win this year was important and crucial. And I was a senior captain so I just wanted to win a state championship in our senior season.