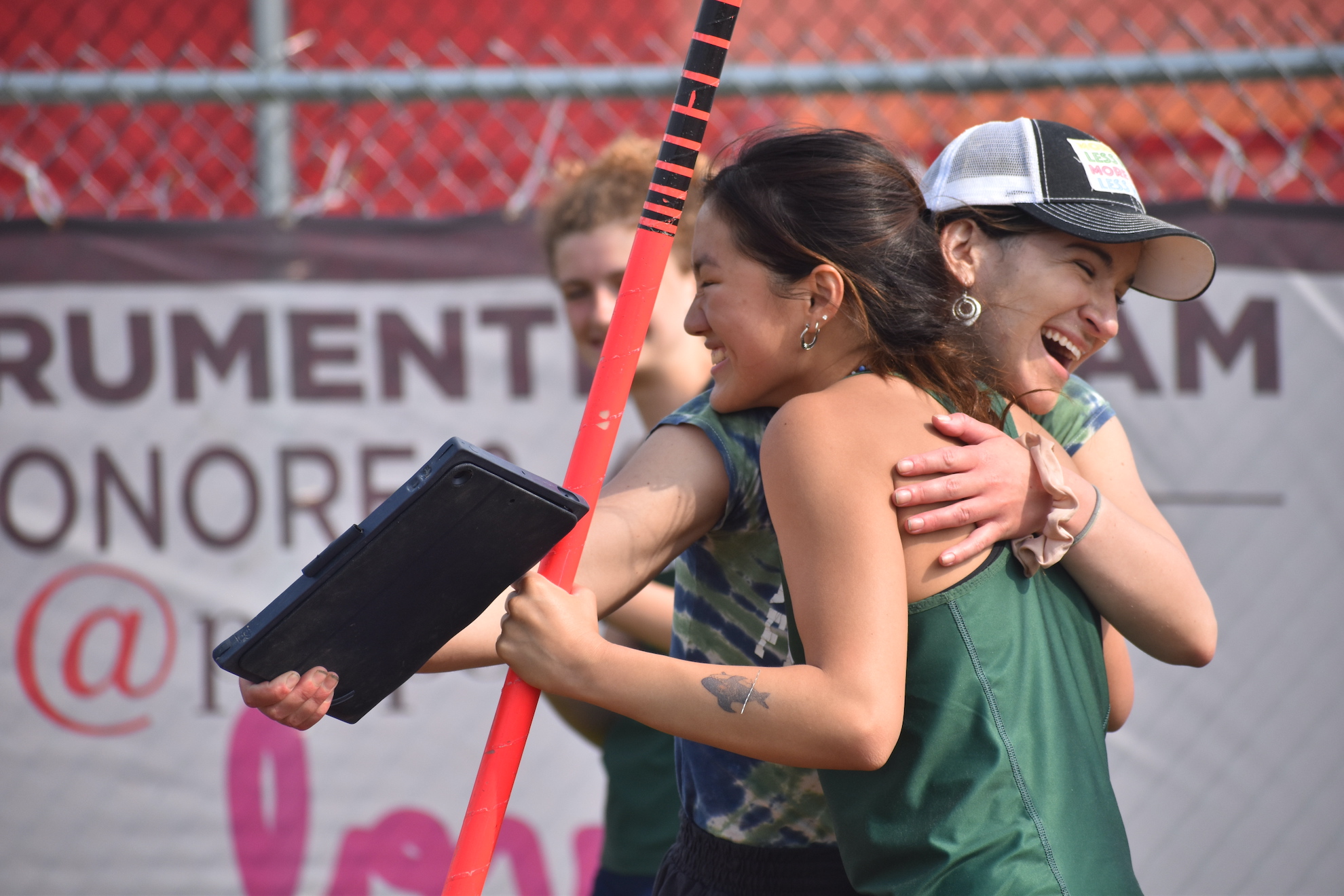 Those unsure of the importance of the team aspect to high school track and field need look no further than the Deerfield Sectional on Wednesday, May 11.

“To come in second place by only four points, that is disappointing,” he said. “We went there to win the meet. … People don’t think it’s a team sport until you start looking at the little things — two points here or two points there. But I am so proud of their effort.”

The Trevians were paced by their performances in the field, where they earned three sectional titles. Junior Maeve Kelly won both the shot put (13.21 meters) and discus (40.09), and Sophi Garrou the pole vault (3.12).

Kelly’s shot performance, which is the equivalent of more than 43 feet, broke her own school record of 12.8 meters and would have put her in third place in the state a year ago. She threw 11.87 at state last year to place eighth.

“And she’s got still got more in the tank,” Spagnoli said. “She’s been working so hard in the weight room, working so hard in practice. I can’t tell you how proud I am of her dedication and what she’s doing. She has a legitimate chance to be All-State in two events. She’s that good.”

Garrou is also headed back to state. She qualified last season and tied her person best with her sectional vault.

Joining the pair at state will be two sophomores: Manzano, who finished second in the long jump (5.21 meters), and Eva Scarborough, who placed third in the 800-meter run but cleared the qualifying time by two hundredths of a second (2:19.47).

Loyola did most of its work on the track en route to a third-place finish with 64 team points. The Ramblers placed second in five events, including four on the track. Junior Makena Coltoff (100 hurdles) and sophomore Morgan Mackie (3,200) are off to state, as is pole vaulter Caitlyn Garofoli.

Not too far north Wednesday, the Regina Dominican Panthers found plenty of success during a IHSA Class 2A sectional at Carmel Catholic High School.

Regina’s Kendall Williams set a school record and qualified for state in the long jump with a leap of 5.23 meters, good enough for a state berth.

Haneefa Adam continued her dominant season by becoming a sectional champion in the triple jump (11.24 meters). Williams and Adam also qualified as part of the sectional-title-winning 4-by-100 relay, in which they were joined by Tamia Quach and Sara Byrne in a run of 50.86 seconds.