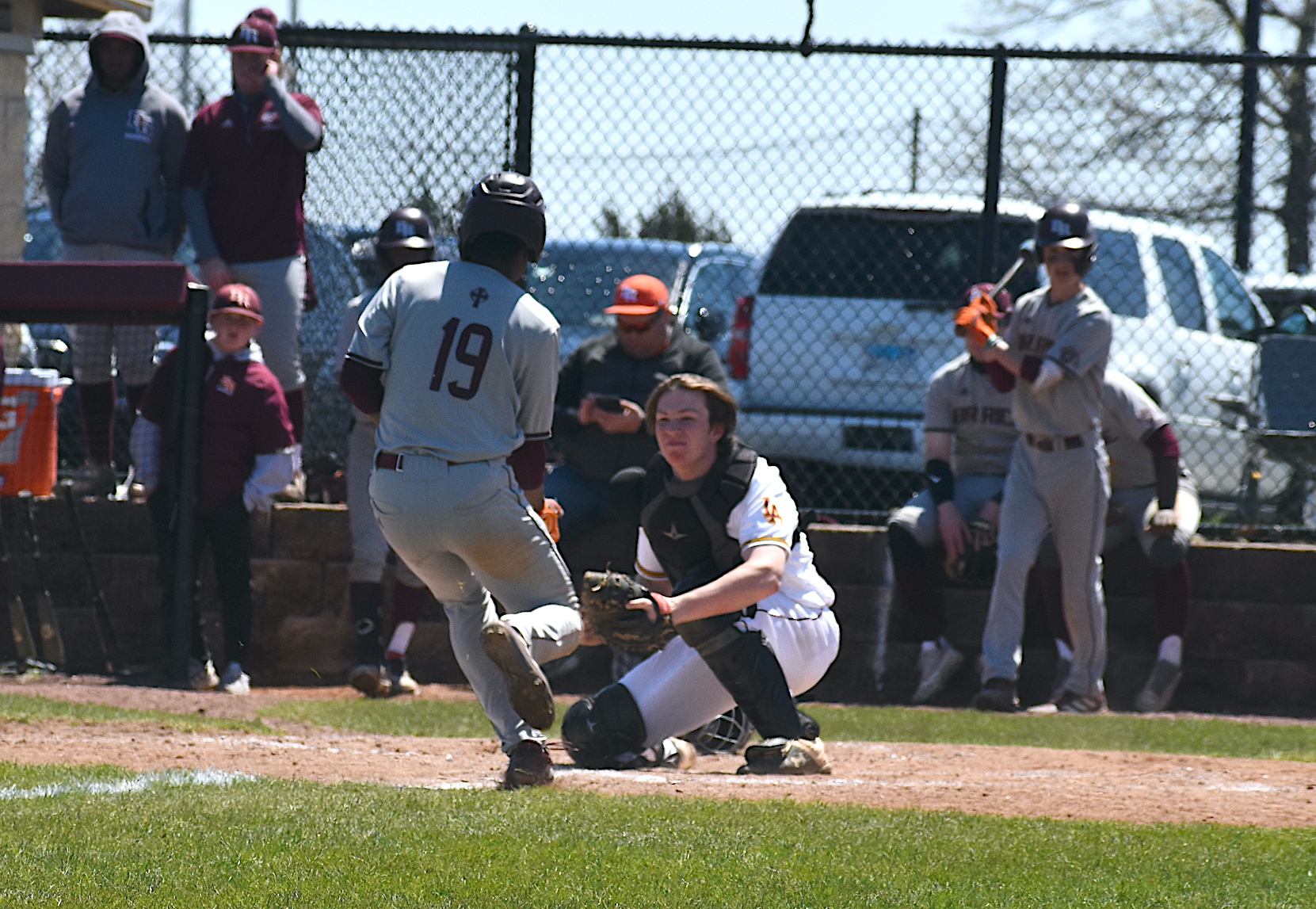 Loyola Academy baseball played under the sun for the first time in a while Saturday afternoon, but unfortunately, it wasn’t the team that shined brightest.

Brother Rice baseball and its lineup full of future Division I talent to Glenview on Saturday, May 7, and took advantage of Ramblers’ defensive miscues and piled on in a 14-3 Catholic League victory.

Northwestern football signee and probably MLB draft pick Jack Lausch socked a sixth-inning grand slam over the fence in right-center field for the exclamation point on a 12-hit afternoon for the visitors.

Loyola Academy starting pitcher Roger Simon yielded 2 runs on 3 hits over the first three innings before running into trouble in the fourth.

A wind-aided fly ball to right field resulted in an error, which created a chance for a Beau Polickey single to left to push Brother Rice’s lead to 3-0.

Zion Rose, Will Flanigan and Amir Gray each added run-scoring hits and errors, wild pitches and walks compounded the trouble.

“Just playing cleaner defensively, we’re putting our pitchers in a tough bind defensively getting four or five outs in an inning is tough, especially against Brother Rice,” Loyola Academy coach Josh Howard said. “That team is going to make you pay.”

The Crusaders added five runs in the sixth to complete their scoring.

The nationally lauded Crusaders (23-4 overall, 13-2 in GCAC) kept the Ramblers scoreless until the sixth inning, when Loyola broke through for three runs. Crusaders starter Casey Giemzik yielded 2 hits over 5 innings of work and struck out 6.

Saturday’s result was in stark contrast to recent offensive performances by Loyola Academy. Before an 8-2 loss to St. Laurence Monday, May 2, the Ramblers had scored 53 runs over their previous five games — all victories.

The 13 runs surrendered was the most given up by Loyola Academy since an April 10 loss got Mt. Carmel.

“I think right now we just have a lot of injuries,” Loyola senior Haden Kriston said. “We’re struggling. It’s a next-man up opportunity, so we definitely have to deal with that. And the quality of guys we’re facing is high too. They’re really good. We’re playing Division I recruits”

Simon started his team’s sixth-inning rally by ripping a single that was followed by a Connor Lasch infield base hit. Max Oliveira smashed a double to right-center to plate Loyola Academy’s first run of the game before Kriston’s double to the left-field corner plated two runs. Guzek induced a groundout and fly out to end the game.

“I think we’re a really resilient group,” Kriston said. “I don’t think the scoreboard today really shows what we’re like. I think any game is a winnable game for us and I think we’re just one pitch away.”

Howard thinks his team can get there, but to do so, the Ramblers need their full arsenal.

Following a five-game win streak, the Ramblers entered a grinder of a week with two-game sets against Catholic League foes and state powers St. Laurence and Brother Rice — both inside Prep Baseball Report’s top five in the state. Two of those games, however, were rained out and postponed.

Aside from single games against Brother Rice and St. Laurence, the Ramblers have a two-game set remaining against tough leaguemate St. Rita.

“We don’t make excuses in the conference,” Howard said. “It’s a gauntlet, but these guys can beat anybody. We’ve seen throughout the year, we’re 14-6, we’re a pretty good ball club when we play the right way. Conference shows us that we’ve got work to do defensively … clean some things up, get healthy and we’ll be all right.”