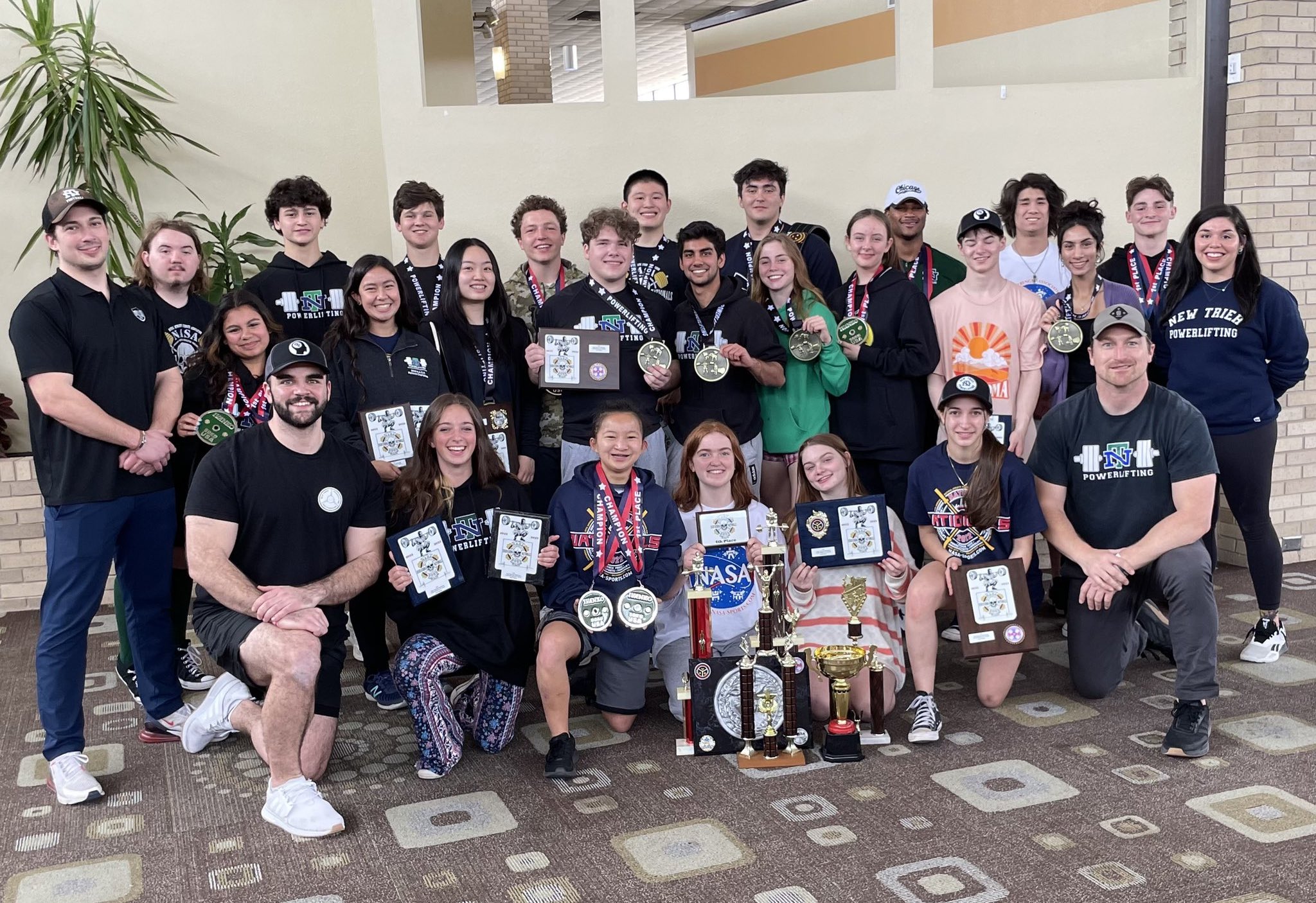 In passing, New Trier weightlifters referred to their trip to the national competition as a “business trip.”

If that’s the case, then you could say they took care of business.

In their classification (called unequipped), the team claimed first place in both the boys and girls divisions. And then for an extra challenge, coach Jim Davis entered his team’s unequipped scores in the equipped class, which allows the use of supportive equipment, and the girls placed first and the boys second.

Among the individual winners in their weight classes were senior Ellie Song and freshman Gianna Sanchez — both of whom also were named the overall champions in the junior-senior and frosh-soph divisions, respectively. On the boys side, Ryan Fenner, Maxwell Jiang, Jesse Mendoza and Ty Stringer also won individual titles. Stringer capped his performance with a 502-pound deadlift.

This is the third national competition victory earned by the powerlifting team since the pandemic began, but the first through NASA — Natural Athlete Strength Association. The other two titles were won via virtual competitions by USA Weightlifting.

Prior to the pandemic, NT powerlifting had competed at NASA nationals for eight years, finally winning a championship in 2019. The pandemic led to the cancellation of the organization’s nationals in 2020 and 2021. This year’s trip allowed the Trevs to defend their title in Oklahoma City.

“We got to pack our bags and fly a plane and spend four nights in a hotel, explore Oklahoma City. It just felt different and really meaningful,” Davis said.

Davis credited senior co-captains Fenner and Song for being leaders to the team and the 23 members who traveled to nationals.

Fenner and Song were freshmen when the powerlifters were last in Oklahoma City and capped their high school tenures in style.

“For them to lead us back to Oklahoma City as seniors was such an incredible moment,” Davis said. “It was the punctuation mark at the end of a long and strange story. I couldn’t be happier for them.”

The powerlifting club was formed in 2010 and evolved into a team sport, with semi-weekly practices, over the past year. New Trier powerlifting is coached by Davis, Rijad Pekmez, Ashley Avila and former Trevian powerlifter Matt Klem.