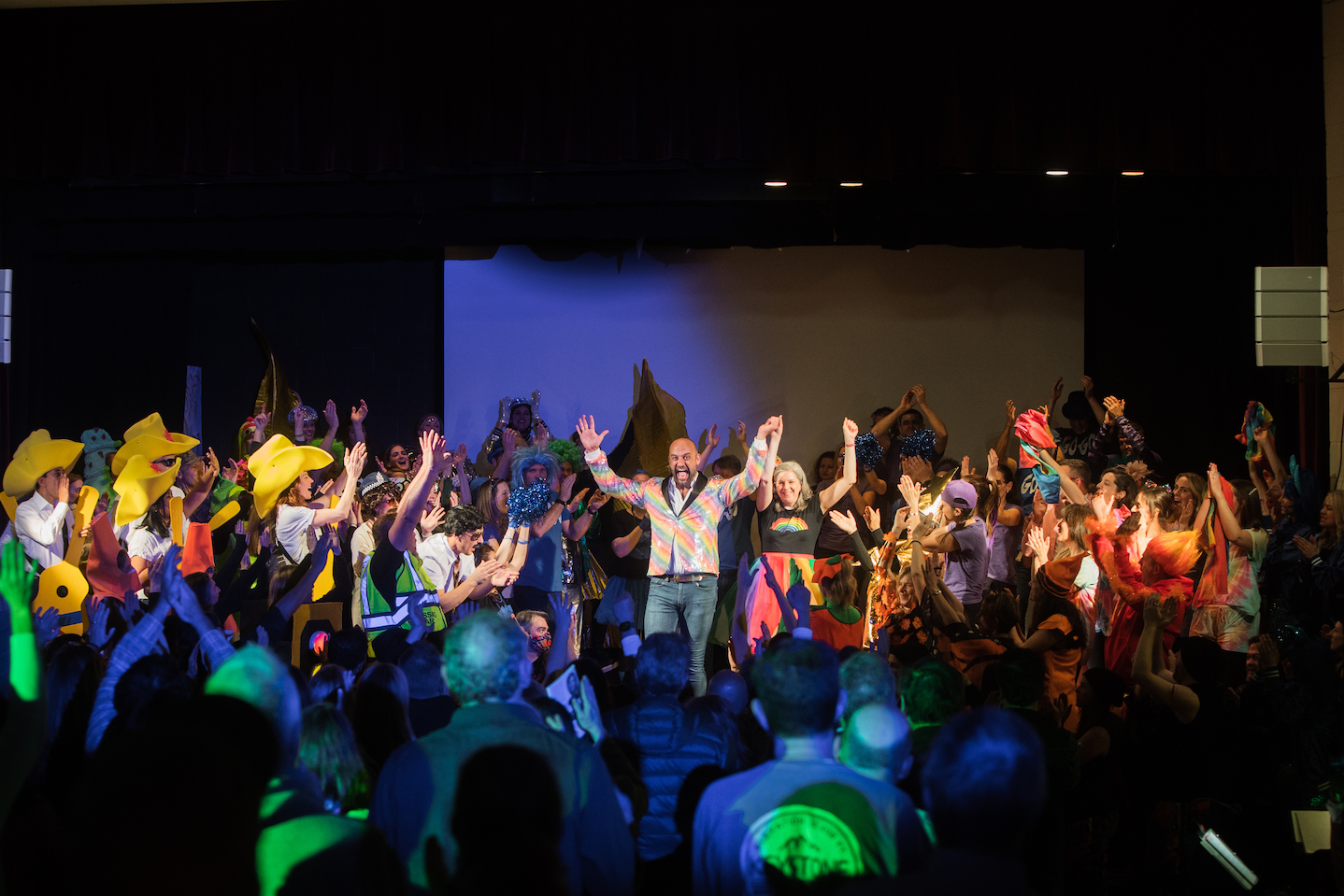 Two years ago, like much of the world, the beloved McKenzie Variety Show stopped in its tracks.

COVID-19 had taken hold, and the whimsical fundraising show from Wilmette parents cut its week-long run in half.

The two-year in-person hiatus made the event’s revival in March that much more special.

“It could have been us just standing up there and it would have been fabulous,” said Travis Parr, the variety show’s co-director along with Meg Reinick.

But they, of course, did much more than that.

CLICK HERE TO VIEW A PHOTO GALLERY OF THE VARIETY SHOW

The McKenzie Variety Show is a Wilmette tradition that has united the school community for 42 years through song, dance, humor and outright silliness.

And all the while, the event raises money for a project that benefits the elementary school — new playground equipment was the target of this year’s fundraising.

Parr said the performances sold out— though, with a limited capacity due to safety concerns regarding COVID-19.

About 140 school parents collaborated on this year’s variety show. Called “It Takes A Rainbow,” the performances featured plenty of color through most of the numbers. But near the end of the show, Parr explained, a black curtain descended, signifying that McKenzie had lost all its colors and must find each of them to move forward.

The ensuing numbers featured cast members seeking and finding “red” and then “orange” and so on until they had their rainbow back.

“It’s a bit of two-fold,” Parr said of the theme. “It’s a really, fun, simple thing the kids could latch on to. And it was R.E.D week at the school — Respecting Each other’s Differences. We loved that kind of message as well.”

While the show is a celebration of and for McKenzie Elementary, it also acts as a social affair for the parents.

“It is a community building engine,” he said. “I can promise you that I know five times the number of people I know from my kid’s school than if I hadn’t done the show and in a context that is not normally available. Meeting other Parents at an adult level.

“It’s really fun. … It pulls together really creative opportunities you don’t normally get in your adult life.”