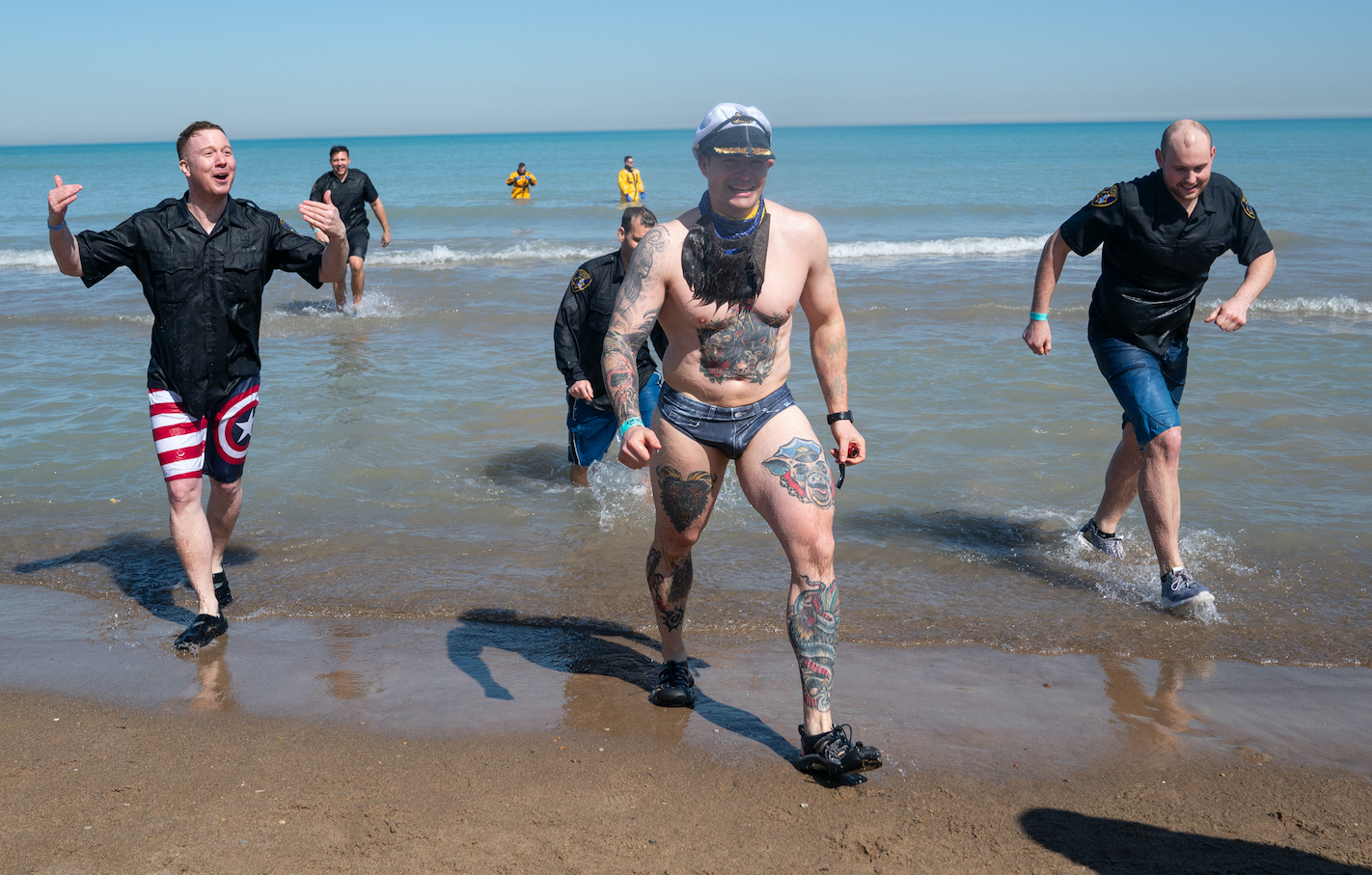 The sun reflecting off the Lake Michigan waters can be a stunning and even inviting sight.

And while Sunday’s sunshine did little to alter the actual temperatures of the lake, dozens of brave fundraisers entered the 34-degree water anyway during the local Polar Plunge on March 20 at Gillson Beach in Wilmette.

It was the first year Gillson was selected as a regional site — one of 24 across Illinois — for the annual fundraiser for Special Olympics Illinois.

Combined the Wilmette Police Department and Wilmette Park District raised more than $20,000, and sent about 40 representatives into the frigid waters.

The police department has participated in events, including the Torch Run and Coffee with a Cop, to support Special Olympics for 30-plus years, according to Chief Kyle Murphy, who added that a family friend has competed in the Special Olympics and others in the department also have close connections to the charity.

“(It’s important) to help these athletes have the ability to participate and compete in these games,” he said. “Several of us have close or distant friends or relatives that are associated with the Special Olympics. The impact the special games have on young adults is incredible.

“Having it hit close to home let’s us all know and realize the benefits of this organization and the games.”

Polar plungers were not exclusive to the Wilmette community. Teams from Evanston, Chicago, Arlington Heights and more contributed to the more than $45,000 raised for the event.

Group after group walked or jumped into the lake under a clear sky on Sunday. Some special guests joined the festivities as well.

Don Lobmeyer, a resident of Kansas, morphed into his plunging persona, Patrick Ma-Ho-Ho-Holmes — a hybrid Santa Claus and NFL star Patrick Maholmes — as part of his quest to participate in Polar Plunges across the country.

Reality stars Kenny Braasch and Mary Pepin-Solis, of the upcoming season of ABC’s “Bachelor in Paradise,” also joined in on the fun.

Fundraising for the event is still active. To donate to the 2022 Polar Plunge – Lake Michigan, visit the event’s homepage.